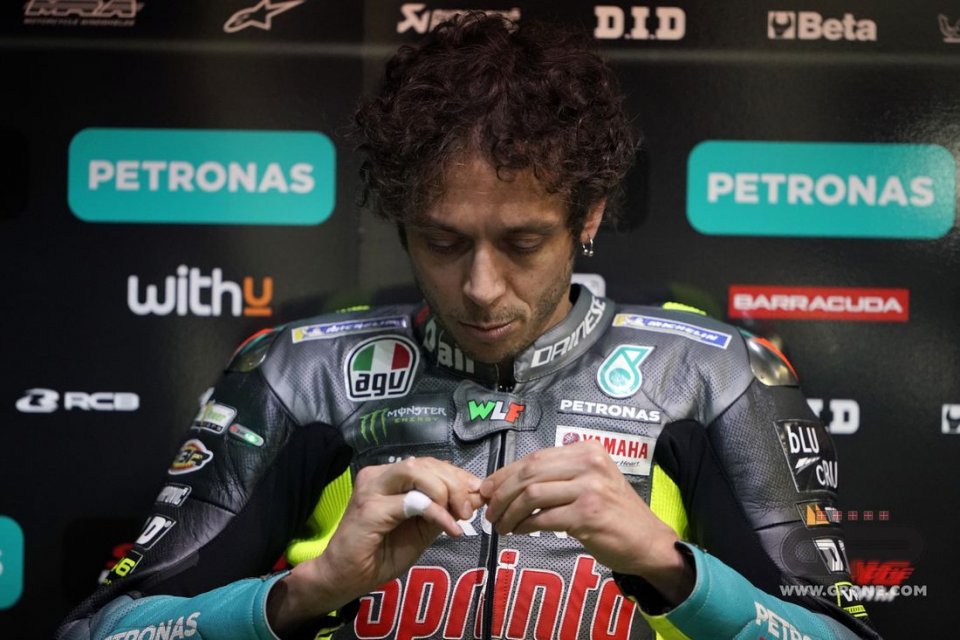 Next Sunday, Valentino Rossi will race the first race of his 26th season in the World Championship. A record that few can boast, and the Doctor doesn’t hide the fact that he still wants to improve.

“Officially, I have a one-year contract, but my goal is to race for two more,” he stated in an interview with La Repubblica. “It’ll depend on how things go in 2021. If I have fun, I fight to win  for the podium. If I remain in the top five, then I’ll continue. Otherwise, working so hard wouldn’t be worth it.”

The fact of chasing double digits in the number of world titles is not the motivation that pushes him to stay on track.
“No way,”  he said. “By winning the tenth, there’s even more pleasure in continuing.”

The challenge of succeeding isn't easy and, this year, Marquez will be back on track.
“His return doesn’t change anything,” Valentino emphasized. “In my opinion, we’ll see it from the first race. He’ll  soon be stronger than before. But, in his absence, the other guys have grown a lot. And they’re no longer afraid of him.”

It’ll be as it is. What’s certain is that Rossi doesn’t care much about age.
“A few wrinkles, maybe a couple of grey hairs,” as he takes stock of the years that pass. “The years weigh on you because you recover more slowly after competitions. That's it. I’m old as a rider but, besides  some worries, at twenty-five, I didn’t care about anything. It’s a great age. I’m fine with it.”

As Valentino has said several times, he doesn’t always think about races, but also about starting a family.
“I’d like a child,” he said. “I’ve been thinking about it for a while. I think I’ve found the right girl. One or two children, That's doable. Also because, years pass, and you get bored. This way, it’s worth it.”

Rossi also spoke about Covid, which he experienced himself.
“It was tough because I was isolated from everything,” he recalled. “I, who have always loved a party since I was born, because everyone I meet smiles at me, and I seem to bring joy… I felt plague-ridden. Different. I think I understand what loneliness is. I hope everyone gets the vaccine and soon. I think of the elderly and my parents, who are now getting along in years. But also all the guys, because this story is wearing us out.”