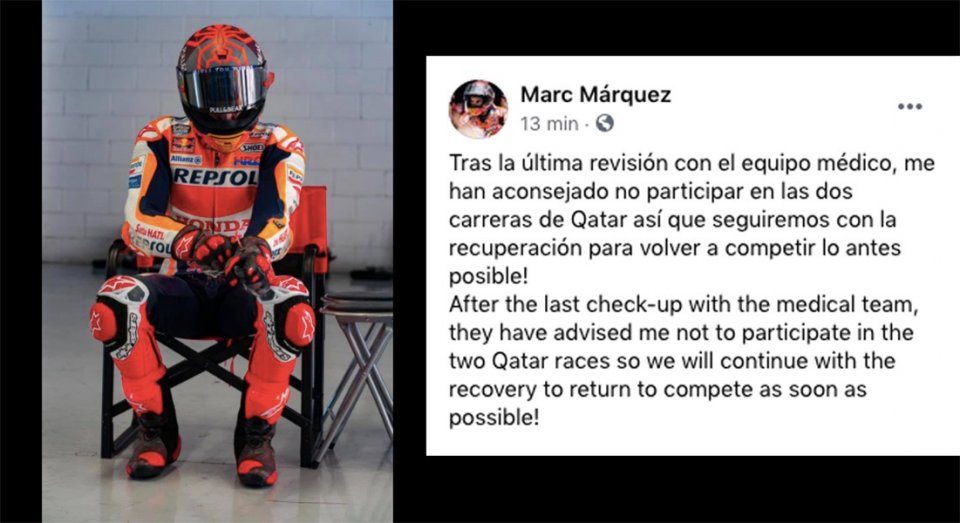 A few minutes ago Honda announced that Marc Marquez would miss the opening race in Losail, in order to maintain his health condition. On social media, however, the Spanish champion has just rectified the news from his team, announcing that he will not be present at either of the two races that will be held on the Losail circuit on the dates of March 28 and April 4.

He did it in a few lines, where it can be read: "After the last check-up with the medical team, they have advised me not to participate in the two Qatar races so we will continue with the recovery to return to compete as soon as possible ! "

With Marc now out of action, it is virtually a foregone conclusion that test rider Stefan Bradl will step in as a replacement for the #93 alongside Pol Espargarò.

Marc Marquez juggling to get back on his Honda