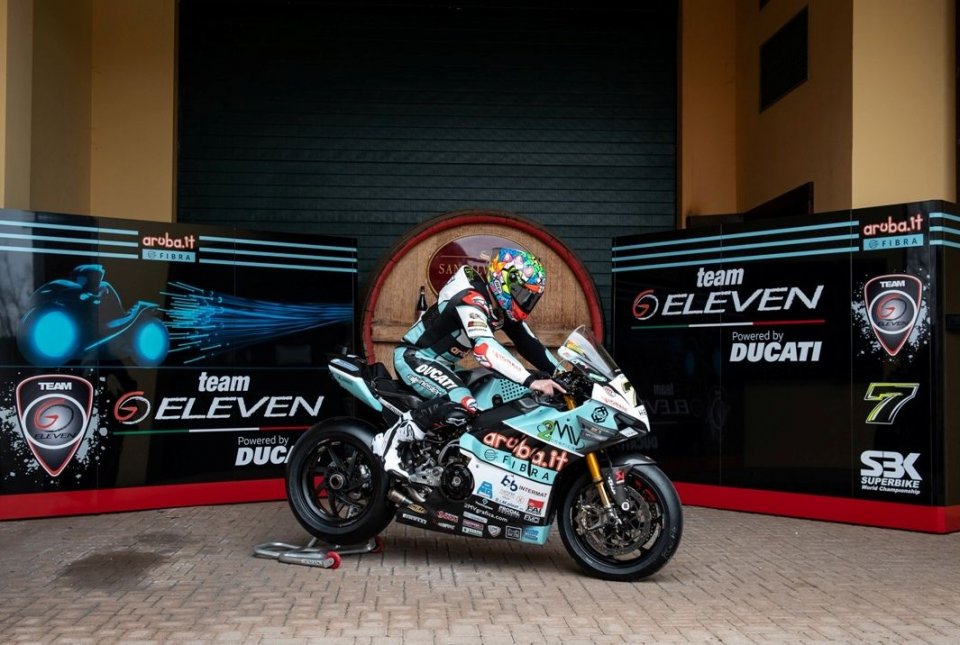 It is time for presentations in Superbike and the first team to raise the curtain is Go Eleven. In Cherasco Gianni Ramello's team has in fact removed the veil on the Panigale V4 with which Chaz Davies will compete in the 2021 World Superbike season.

Compared to last season, the look of the bike has changed, with a blue color, tending to water green, predominating on the fairing, combined with black. In evidence then the sponsor Aruba, which as we know has contributed together with Ducati to perfect the operation related to the passage of Chaz in the official team.

Now we just have to see Davies in action with the Ducati V4 of the Piedmontese team. The appointment will be in Barcelona, during the two-day event from March 31 to April 1.