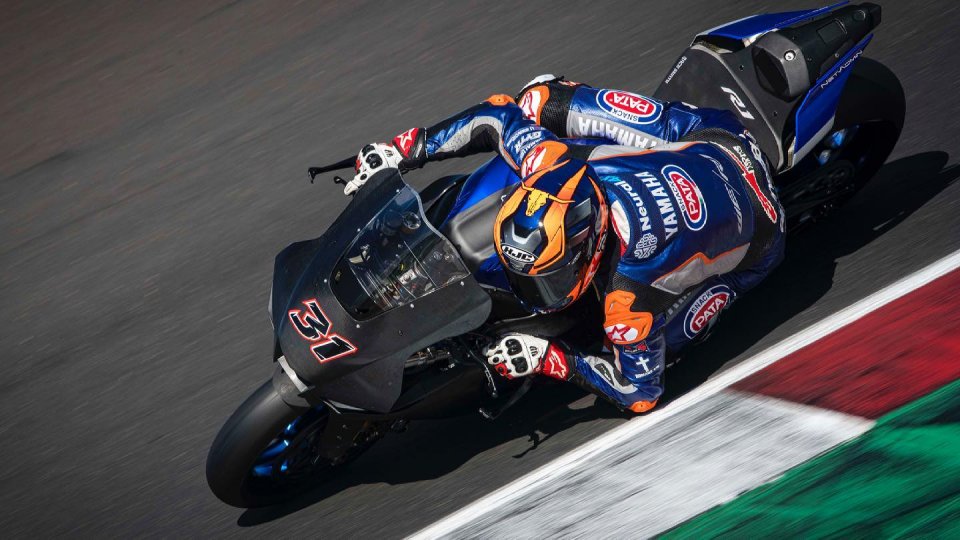 The SBK tests at Misano ended yesterday, headed by Rinaldi's Ducati ahead of Razgatlioglu and Garrett Gerloff's Yamahas. The American, protagonist of a rapidly-improving season in 2020, is gearing up for a 2021 as a protagonist.

“I had a really good end of season - said Garrett - and I certainly have important goals for 2021, and I know that for Yamaha it’s the same as well. With my fantastic team, the goal is to focus only on ourselves and have fun throughout the season. I hope to fight for the championship at the end of the season ”.

"I would have liked to win a race last year, I had an opportunity and I crashed but this year it’s a goal. I managed to get on the podium three times and now I have a bike that is as if it were a factory bike, I just have to do my job. I feel like a completely different rider compared to a year ago ”.

In fact, in 2020, Gerloff found himself in a completely different environment from MotoAmerica where he had won the Supersport championship in 2016 and 2017 and managed to get on the SBK podium 16 times in 2018 and 2019.

“I suffered a lot in 2020 because it was difficult to go from winning races in a championship to finishing outside the top 10 in a world championship. I fought to stay focused on my goals and the GRT team was my motivation and my energy ”.

You are still very attached to the United States and also to Ben Spies, did he give you any advice for this season?

“Yes, I talked to him, he is always ready to give me good advice. I went back to the USA for the winter and if I manage to return even before the start of the season it would be good.”

Is life here in Europe a bit strange for you?

"I wouldn't say that, it's like an adventure and I really like adventures. Every day we write the book of our life and all the things we do are chapters, I want mine to be a good story and SBK is contributing to that”.

It seems that you are part of an important project for Yamaha, that of young riders. Razgatlioglu, you, Nozane and Locatelli in SBK with Quartararo, Vinales and Morbidelli in MotoGP. All very young riders, what do you think?

“I like this kind of philosophy. Helping young guys to grow as people and as riders is a very smart thing for Yamaha ”.

How did these first days on the bike go at Misano?

“For me it was nice to get back to riding the Yamaha because I hadn't touched a race bike for four months. I trained a lot and from the first laps I immediately felt good with the bike, as if we hadn't been apart for so long. It was nice to do some laps on this track that I had never seen before, it was my first time in Misano and I really enjoyed the track. I leave here with a lot of good feelings ”.