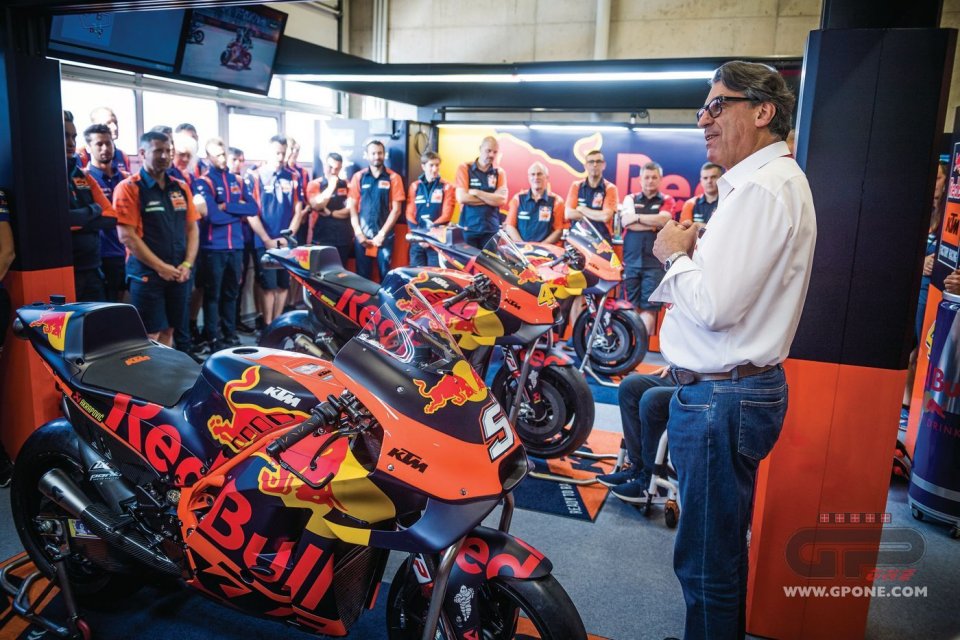 KTM tried to buy Ducati. It’s not just a rumor because it was announced by Stefan Pierer, CEO of the group that boasts the Austrian brand, as well as Husqvarna, GasGas, and WP suspensions. Negotiations for the acquisition of the Italian company (now owned by Volkswagen) were held between November and December of last year, but the deal didn’t go through.

“The Piëch and Porsche families aren’t selling, not even the third generation. Vanity may also be playing a role here,” Pierer said angrily during an interview with Speedweek.

Ducati is an old obsession of Pierer’s who, in 2017, had already declared that he wanted to add them to his collection. Once again, however, the acquisition will remain a dream: “It’s out of the question by now.” But this doesn’t mean he won’t try again in the future: “Never say never. I’ve already learned this in our industry,” he added.

Ducati would be perfect for the Pierer group. The CEO explained: “Ducati is Ducati, there’s nothing to argue about. The only brand that would still be good for us is Ducati. Forget everything else. MV Agusta is too small.”

Certainly, to snatch the two-wheeled jewel from Audi, they’d have to really dig deep down into their pockets The VW group paid about 730 million Euros ten years ago. The latest estimates speak of a value that’s practically doubled: close to one and a half billion Euros.

“I’ve always suspected that Audi may soon have other priorities than running a motorcycle factory, due to the diesel affair and the billions invested in electric mobility,” Pierer  explained. “Like I said, Ducati is the Ferrari of the motorcycle industry. Having such a brand in our group would definitely be interesting. It’s not a question of price. We have new challenges ahead in terms of homologation. We have Euro5, for example. In 2024, the noise issue will be added. There’s also demographic development in Europe. Today, you need to take your business to Asia, India. If you’re not successful there, at some point, you’ll leave. It’s not about the purchase price at Ducati, but it’s how can we become stronger together.”

A question that might have an answer in the future, or it might not. Meanwhile, after receiving a negative answer from Audi, Pierer continues on his path – which has led him to become the first motorcycle manufacturer in Europe – and closes the door to engines other than single and twin. “To offer a three-cylinder, Triumph would have to join our group, which I exclude, although my Indian partner is trying,” Perhaps England is closer to Austria than Italy.