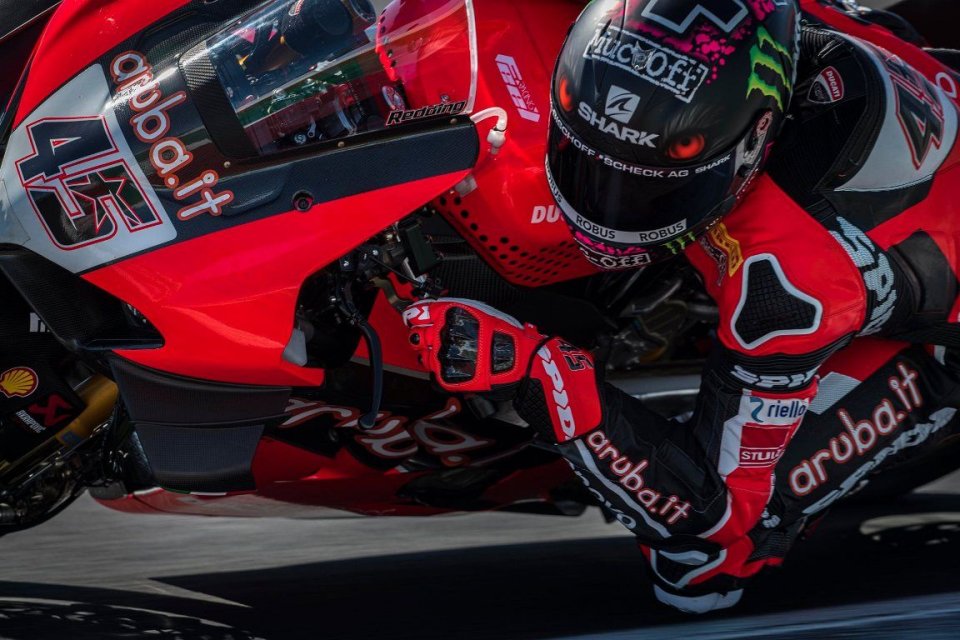 Toprak Razgatlioglu stole  Scott Redding’s reference on the first test day  at Misano. In the final hour, the Turkish rider ousted the Aruba standard bearer from the throne, relegating him to second place, two tenths from the top.

In the end, they’re tests and the stopwatch is the priority, up to a certain point, so much so that Scott demonstrated the right confidence.
“I’m happy to be back on the Ducati and regained the confidence I was hoping for,” Scott began. “It was a proactive day, because we had a lot of material to test and also the ideal weather conditions with the asphalt. These were perhaps the best since the last race in Estoril last October. What can I say. I did several laps here in Misano, starting from the 2020 base and the sensations were good.”

The innovation that everyone was eager for as  the new Brembo MotoGP caliper.
“I was able to try it in the afternoon with warm conditions, and the sensations were positive. I think today’s Superbike has come to be more like the MotoGP. I consider all this good, because I’ve raced in the World Championship in the past, and so I believe that I’m more prepared and have the right foundation.”

Scott’s then pressed about  the MotoGP-SBK discussion.
“There’s a strong link in Ducati between the MotoGP and the SBK, with a continuous exchange of information. Among other things, the V4 engine and electronics are practically the same as in the MotoGP, and all of this is useful for me. I’m here to grow with the team and improve, for myself and the team.”

He’s definitely committed. In fact, he constantly trained on motorcycles and bicycles during the winter.
“I’m not in a frenzy to lose kilos.  I’m eighty-one kilos at the moment, even though I weighed seventy-six, seventy-seven. The fundamental thing is daily training. I usually cycle six to seven hours a day and, in the morning, I also get up at five to go cycling.”

Wonder if his girlfriend Jacey feels neglected.
“No, that, no,” he said smiling. “In racing, you always have to be focused, and Jacey understands that. If you want to be at the top, this is the way to do it.”