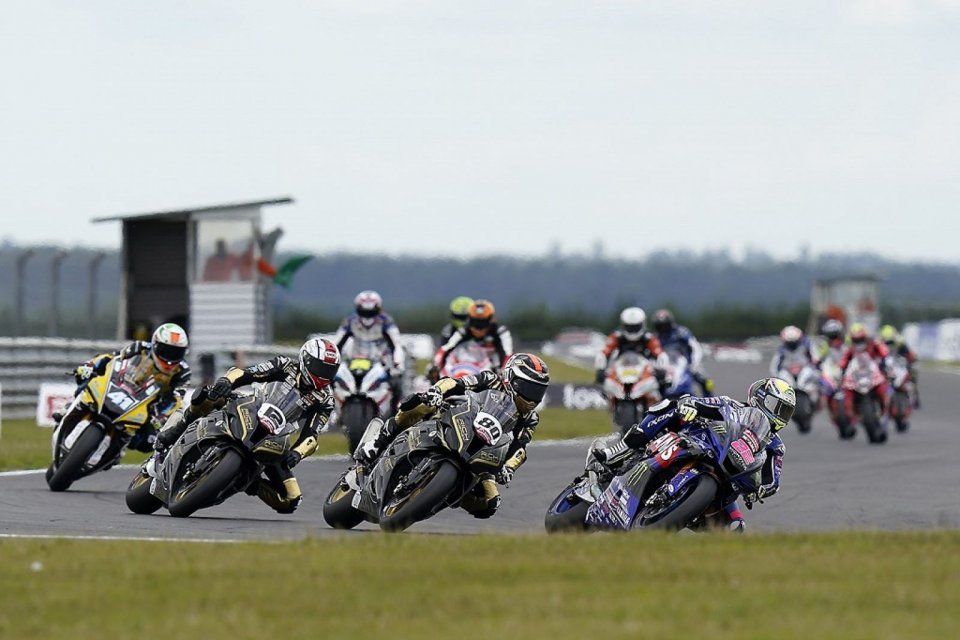 British Superbike's 25th anniversary season is turning out to be more complicated than expected. Due to the health emergency linked to Covid-19, a press release was issued today announcing a new (the second) postponement of racing activity. Compared to what had previously been reported, BSB 2021 will now start at Oulton Park on 25-27 June. In fact, one month later than originally expected, a decision linked to the restrictions adopted by the British government on spectator attendance at major sporting events. As a result, the pre-season tests have also been postponed to April 28-29 at Silverstone 'National'.

Undoubtedly one of the strong points of the UK domestic championship, as well as the home rider aspect, is in the course of its history that the public has played a fundamental role. Always present in droves at the rounds of the calendar (usually no less than 30/40,000!!), last year their passion for BSB had to be expressed at home. For this reason, the promoter MSVR intends to get crowds back as much and as soon as possible to the circuits. In close contact with the Department for Digital, Culture, Media & Sport, it was decided to postpone the start of the season in parallel with a relaxation of the restrictions from 21 June.

As in 2020 (albeit slightly earlier), the start of BSB British Superbike will take place in the height of summer, in the hope of finally opening the gates to spectators. Unless there are any sensational last-minute upheavals, this being the case, we will witness a crackling and compressed season in just four months, from the end of June to mid-October. The other ten rounds have been confirmed in full, all with three races each, with some small changes in terms of logistics. At the same time, the tests initially scheduled for April 13 at Donington Park 'National' will now take place on June 8 at Silverstone 'National' (April 28-29).