Your teammate is always your first rival to beat and in the case of Alex Rins this saying is doubly important. Mir not only rides his same bike, but he is also the reigning world champion and therefore the target of every rider on the MotoGP grid. Alex's 2020 was conditioned by a shoulder injury at the first race in Jerez, but he is now back in top form and can't wait to get back into the fray.

Has your winter break felt too long without MotoGP?

“Yes, I’ll be honest, it’s been feeling pretty long! With the cancellation of the Sepang test it has become even longer, and I wanted to get on the bike as soon as possible. But, unfortunately, we have had to wait.”

How could the cancellation of the Sepang test affect the start of the season for you and Suzuki?

“Luckily I think we’ll be at an advantage since the engines are frozen this year, and at the same time not many riders will remain in the same team or factories that they were at last year. The riders who are making their debut in the category or changing bike will probably find the loss of the test tougher than those like us who remain the same and with a strong bike. But we will have some additional days here in Qatar anyway.”

How has Davide Brivio's departure affected you?

“Well, the truth is that it was a big surprise for everyone but life goes on and we have to be focused on what we have right now. The world continues to turn and I will have the same targets and motivation as ever. I am pretty sure that the atmosphere and spirit inside the Suzuki team will be the same, or maybe even better, so I am confident that everything will go well.”

What have the Suzuki staff given you for this new season?

“They have given me strength and confidence. During the winter I chatted a lot with my Crew Chief, Manuel Cazeaux, and with my mechanics. I would have liked it if they could’ve visited me in Andorra and go skiing all together, but it simply isn’t possible at the moment with the situation.”

The winter break meant you could have a rest, but did you also reflect on what worked last year and what didn't?

“It has helped me to rest especially, because in 2020 I put too much pressure and demands on my body since the crash in Jerez and it has been good for me to take a little break. But it is also true that I am more keen than ever to get on the bike again and restart. I have reflected on the mistakes we made last year, of course, and I hope they will not be repeated.”

What is your physical condition at this start of this season after carrying injury throughout 2020?

“I’m doing really well, I’m physically very strong now and I notice it when I am on the bike, in training, and in the gym. Even in the middle of the pre-season I was feeling in very good condition so I hope now I can confirm it. I am looking forward to starting.”

Run us through your training plan for 2021?

“It has been very similar to what I did in 2020. We have focused on building a good physical basis and evolving it from there. In 2020 I arrived very fit as well but, unfortunately, the crash in Jerez limited everything.” 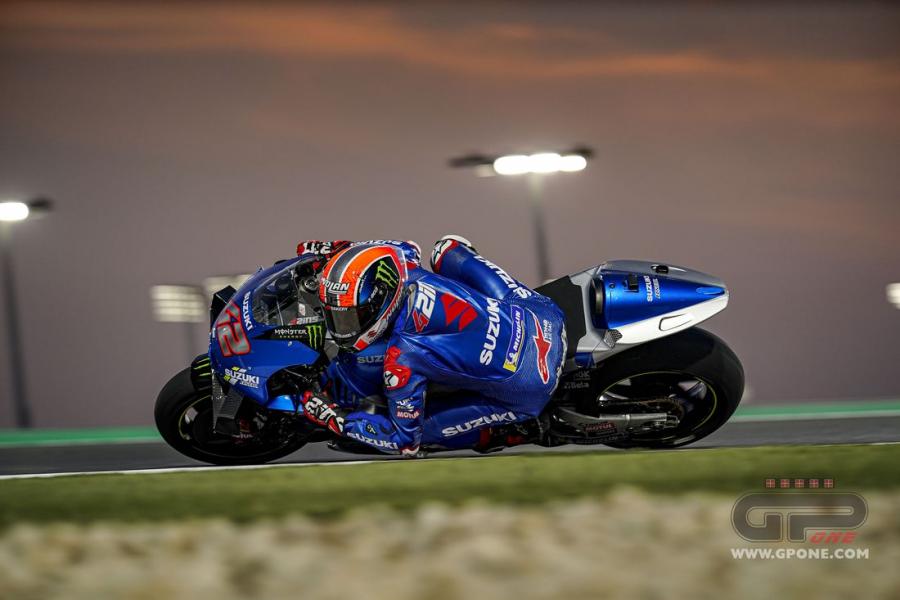 The fact that Joan Mir won the title on the GSX-RR is an extra stimulus; how does his title motivate you?

“Yes of course it is a stimulus and it fills you with new motivation because, in the end, the fact that Joan won the Championship shows that the bike was there to win. Anyway, for us also having achieved third position after all the obstacles with the injury and some bad results was very positive and that gives me a lot of strength to start this year.”

How much does your rivalry with Joan impact the performance of the bike on the track?

“Our rivalry improves the bike of course, but it also helps the work in the box. We both strive to go faster than the other and this path always helps to improve. I really hope to see good competition among us this year.”

Considering that the regulations are frozen for 2021 in some areas such as the engine, where do you think Suzuki can find improvements?

“If we make improvements, it will have to be in aerodynamics and electronics because the rest is frozen and nothing can be touched for this season. Suzuki is working very hard to bring something good in those aspects. But overall we have a very balanced bike.”

After all the rider changes on the grid, if you had to choose three main rivals for this year, who would they be?

“Well, it's very difficult! I can’t really say because I don't know, for example, Marc’s (Márquez) physical shape when he’s able to return. He must always be counted as one of the main rivals though. If I have to decide on the results based on last season, I would say Morbidelli, Viñales or Pol Espargaro will all be strong.”

Do you feel that Suzuki will have another successful and decorated season? As you said, having the same riders and the same bike is an advantage...

“The level of talent on the grid is high and this will create a competitive World Championship as it was in 2020. Even more so if the double races at one circuit are repeated; we have already seen that it allowed close battles. It could be a bright year for Suzuki, but it will certainly be tough as well and we will have to work even harder than last year.”

In theory this year’s championship will be a little more extensive and varied than in 2020, but also very Europe focused; is this good for you?

“Yes and no. It's good for me because I like circuits in Europe, but I also like those outside of Europe. We have always been strong in the second part of the Championship and I enjoy travelling to the ‘flyways’ so it is a real shame that we cannot have those great races.”

And what about the fact that we might not have so many back-to-back races at the same circuit?

“It might benefit us if there are no double races, but you never know. What we do know is that one of our strong points is that the bike adapts quickly to different tracks; we go out on each circuit and the bike works well.”

What do you think you have learned that can help you improve your weaknesses?

It seems that the World Championship will be conditioned by the persistence of Covid-19 again. Do you feel more prepared to deal with it after the experience of last year, or do you never quite get used to all the protocols and fear?

“In the end, when there is something that is not in your hands, that you can’t control, you always try to take the maximum precautions and minimise the damage. But there is always that point of stress about whether or not you are going to get infected on a trip, that is why we are always super protected.”

“Take Suzuki to the top again!”