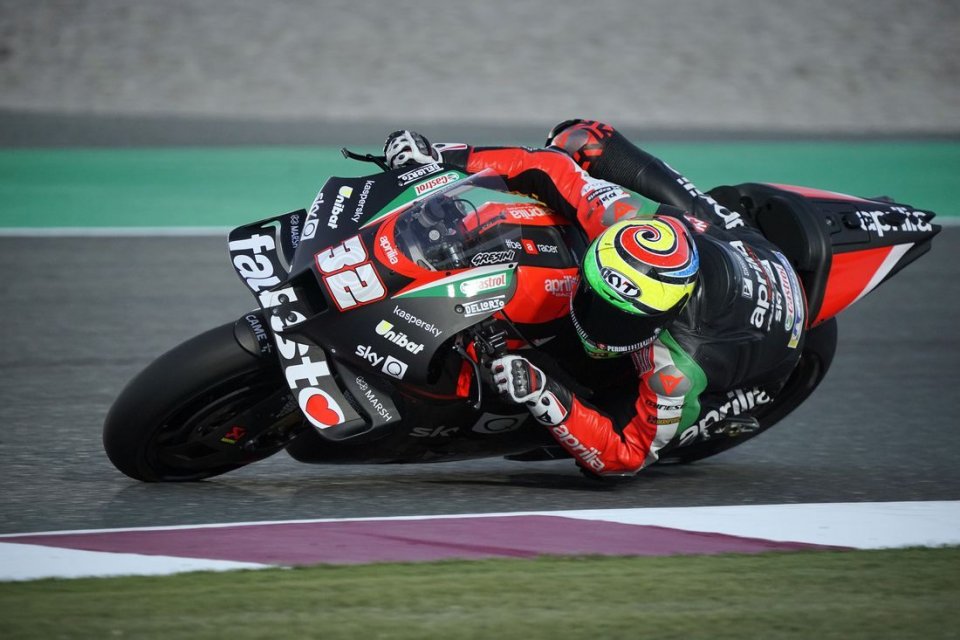 The tests in Qatar are proving to be more difficult than expected for Lorenzo Savadori. The problem is not technical but physical. The Aprilia rider injured himself when training a few weeks ago and still has to deal with his less than optimal physical condition. This is also a problem for the constructor in Noale. In developing the new RS-GP, they can only rely on him and Aleix Espargarò, since they don’t have a test rider at the moment.
“Yesterday was a particularly difficult day,” Lorenzo admitted before entering the track for the 5th day of testing. “We experienced something interesting when the temperatures were high but, when they dropped, it was impossible for me to ride. My shoulder started to hurt.”

Unfortunately, all he needs is rest to heal, something he can’t afford right now.

“I’m under treatment and physiotherapy these days too,”  he continued. “But I should stay put a bit to improve. Riding so much, the situation gets worse. Today I’ll try to concentrate all the work in less hours, those closer to when the race will take place, and I’ll take some painkillers. I hope to be one-hundred percent okay for the first Grand Prix but, at the moment, I can’t know.”

Savadori has to grit his teeth and take comfort in the fact that the new Aprilia has its strengths.

“Yesterday we improved my position in the saddle and, above all, I like the engine. It has a good, smooth delivery,” he explained. “Braking is also very good. We’ve improved in many areas.”