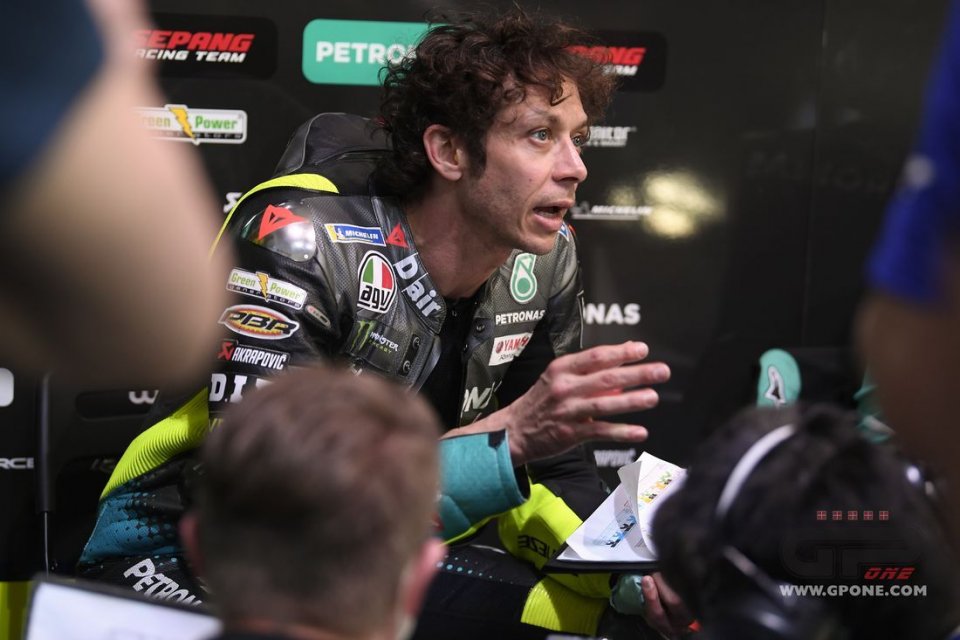 “At the end of the second day of testing, I was really disappointed. Nothing worked, and I was really slow.” Valentino Rossi doesn’t deny it when he remembers his sensations on Sunday evening. He wasn’t really relaxed on the first two days in Qatar but, as always, he managed to recuperate, and his mood was much better tonight. Certainly, not because of his 13th time, but because of the sensations experienced on the M1.

“I improved my time by more than a second and especially my pace, as well as my sensations on the saddle,” he explained. “We’ve worked hard, and I'm happy with the work we’ve done.”

What’s the reason for this improvement?
“We changed some things on the bike. I’m in better shape and, above all, the tires worked better. They were a bit 'newer' than those of the first test,” he said laughing. "Today I really felt like a rider, I rode well, I enjoyed it. Unfortunately, they all go crazy, so there’s still work to be done, but this is a good start.”

Have you also tried some new things that have helped you?
“There was the new fairing, which improves top speed, and then I continued to work on the 2021 frame. I must say that it’s a step forward. Now the bike runs better, a characteristic that we had lost a bit with last year’s. It still doesn’t  give me the same feeling as the 2019 frame, but it’s closer to it. I also worked on my riding style, because I was losing when entering corners. In the end, the improvement is due to a set of things. Having new things to try gives you more motivation during these long days of testing.”

Have you also changed your working method? Zeelenberg advised you to stop sitting in front of the computer so much...
“Actually, Wilco never worked with me. Now he can see my method, and I accept his advice. I don’t spend that much time in front of the computer., just enough, when I started working with Munoz. I started looking at the data less and focusing more on my riding style. The fact is that I like this job, it’s my passion, but I agree that you don’t need to overdo it.”

What do you think of Miller’s record time?
“The Ducati is scary, and Jack is very fast. He’ll be one of the contenders for the title.”

Do you think the levels will change a lot from now to the first race?
“They’ll be able to do it, because every day is different in the MotoGP. Someone will find something to improve. Maybe the sensations with the tires will be different. Racing in Qatar will be very special this year, because we had never done five days of testing and then two races on the same track. It’ll be interesting to see what happens.”

At what point are you?
“I’m not at the level of the best, but I got a lot closer today. There’s still a lot of work to do.”