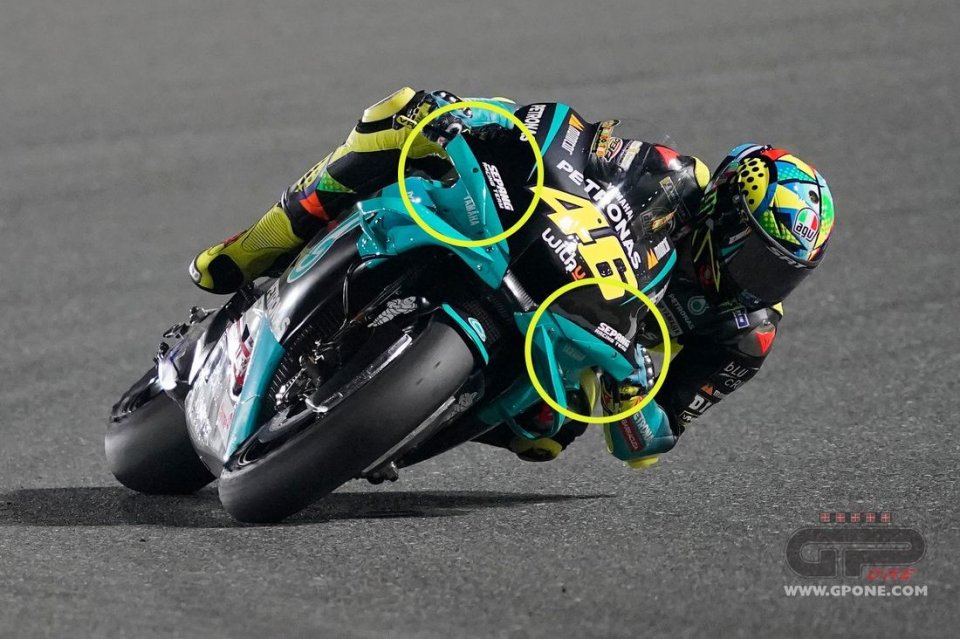 One of Yamaha’s long-known weaknesses is top speed. Without being able to intervene on the engine, it’s not easy to improve, but the Japanese engineers are trying to run for cover. Today, in Qatar, Valentino Rossi and Franco Morbidelli tested an oversized front fairing. We can’t say it’s an actual new aerodynamic package, but it’s a front fairing with a different, wider shape onto which were incorporated two sort of “handguards”.

It’s only a small change but, according to Valentino, it paid off: “There's been an improvement in top speed, and that’s positive, even if the Ducatis are still far behind,” he said.

It’s not just a question of sensations. If we examine the maximum speeds recorded today, Rossi was the best among the Yamaha riders with 343.9 km/h, the same as Aleix Espargarò’s Aprilia. Certainly, the Ducatis are still on another level if we consider that Zarco reached 352.9 km/h. 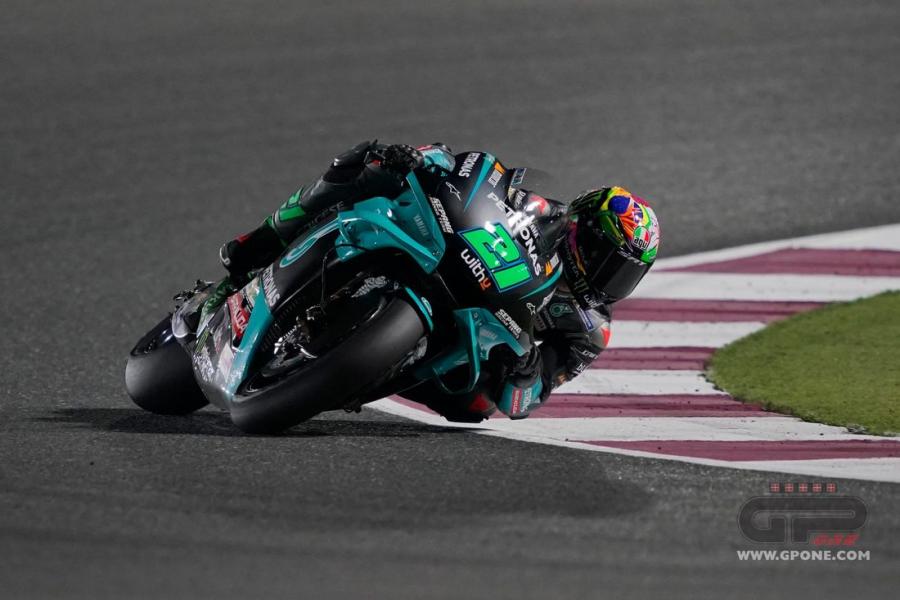 The Doctor was much faster than his brand mates, at least on the straights: Vinales, Quartararo, and Morbidelli didn’t exceed 339.6 k/h.