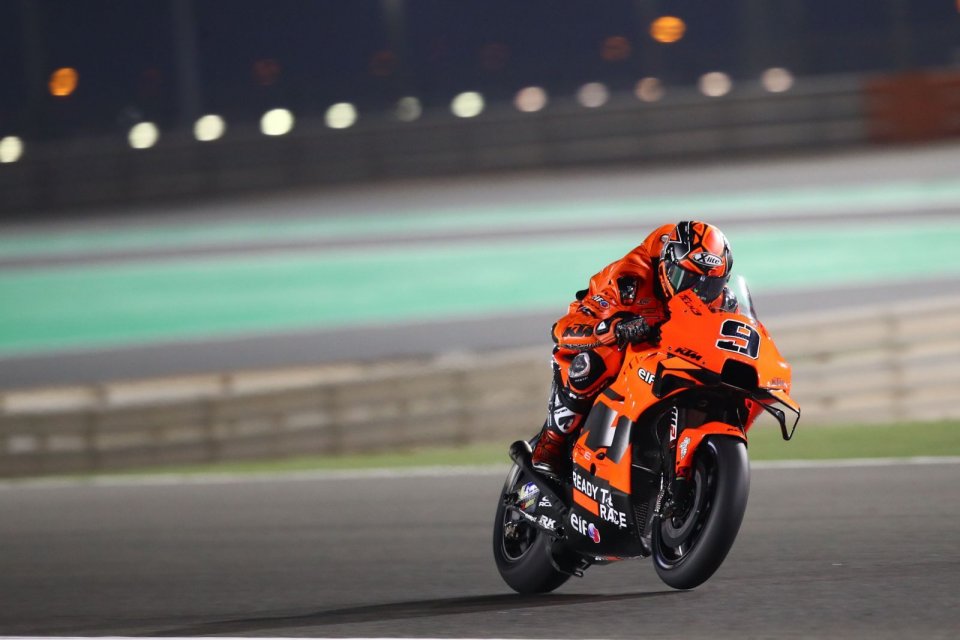 Changing both formation and the bike at the same time requires a lot of dedication and a long phase of adaptation. Danilo Petrucci knows something about this, seiing that he transferred to the Tech3 KTM Factory Racing Team at the end of a long partnership with Ducati. If the initial sessions of last week had relegated him to the lower areas of the rankings, with a few more days of experience on his side, now he finally seems to see light at the end of the tunnel. The rider from Terni finished his third day of official tests on the Losail track in 17th position, aware of the progress he made. Just think of the gap between him and his teammate, Miguel Oliveira, who fell from one second to “just” four tenths.

“I’m happy. I enjoyed it, and I’m finally starting to ride the bike the way I like,” he pointed out. “This allows me to give more precise indications to the team. We’re approaching the leading group, but the road is still long. I reduced the disadvantage from the best KTM, cutting down my time by over a second. Today they went really fast up front but, in our own little way, we made some changes that were advantageous for me. Obviously, the gap with Miller is big. We’ll try to bridge it through hard work.”

Danilo’s confidence is increasing considerably, and he’s taking stock on the strengths of the RC 16. Although the Qatari track is not entirely congenial to the characteristics of the Austrian constructor’s bike, Danilo is convinced that they can achieve utmost performance in the remaining events.

“The KTM has excellent delivery and good braking, so we’ll have an advantage on tracks with poor grip and strong braking,” he stated. “Clearly, it won’t be easy for us, since the tests and the first two races will take place exclusively here in Qatar. We have to roll up our sleeves and bring home the best possible results.”

Waiting for more indicative long runs, Danilo Petrucci will carry out some comparative tests on the next test day aimed at improving his training on the bike.

“Tomorrow we’ll continue to work on this. There are still some aspects of the bike that are unknown to me. What’s important is to move in one direction in an attempt to find the most congenial solutions to my riding style. On the last day, we’ll probably also carry out a simulation to figure out how we’re placed in the race.”