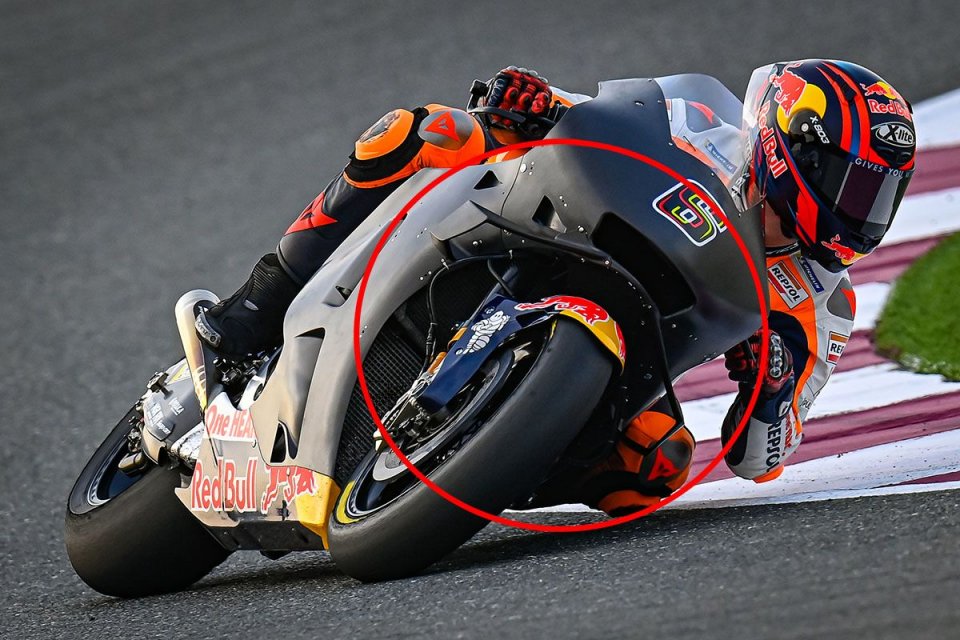 In Formula 1 they are fully aware of the situation that when - in times of stable regulations - the cars all begin to look the same in an almost worrying way. The reason is obvious. One manufacturer interprets the regulation better than everyone else and the others are destined to follow the path traced. In MotoGP, Ducati has undoubtedly been the manufacturer that has raised the bar more and more from the point of view of aerodynamic design, but certainly its rivals have not been standing around idle as winglets of all shape and size proliferated on the Desmosedici.

Honda is working hard from this point of view and yesterday Stefan Bradl brought to the track, albeit briefly, a new aerodynamic configuration that from many points of view resembles the solutions used by Yamaha. In the first test session, it was Nakagami who took a revised fairing very similar in concept to the one used by Ducati to its debut (read the article HERE).

Yesterday it was Bradl who went out on track - before crashing and ruining it - with a different fairing very similar to the one used by the Yamaha M1. In fact, the two winglets on the sides of the fairing closely resemble those of the Iwata manufacturer's bike, and even the clean lines of the rest of the fairing are somewhat reminiscent of Yamaha's interpretation of this regulation. Today we might see it again during the second day of testing. In this comparison photo you can see the similarity between the two configurations. 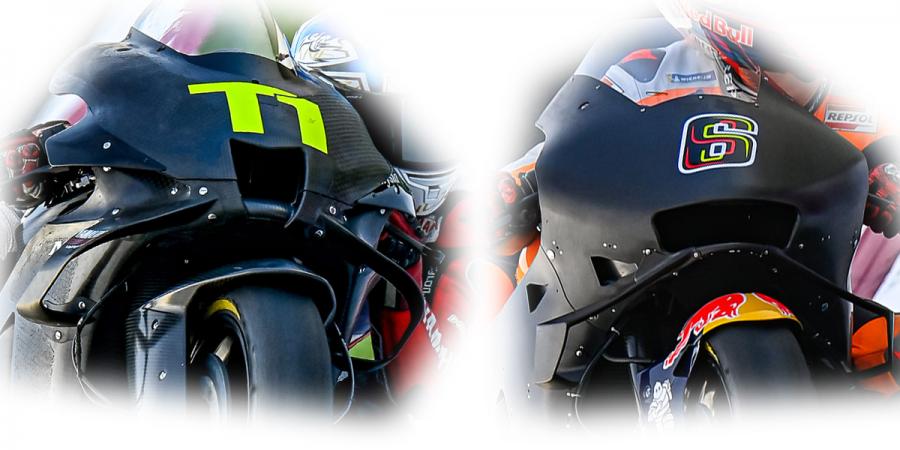