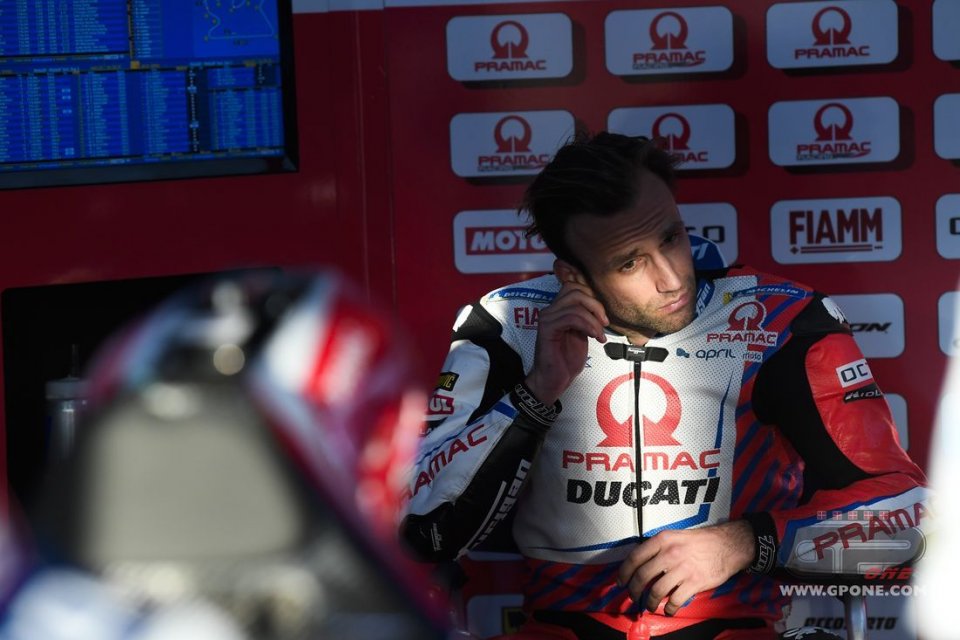 Today was certainly a good day for Ducati, with Jack Miller finishing the first day of the second test session in Qatar in first place. Behind the Australian were the two factory Yamahas of Quartararo and Vinales and then another Ducati, that of Johann Zarco. In addition to the fourth place of the day, the Frenchman set a new top speed record on the Qatar straight, reaching 352.9 km/h.

“For sure it is a pleasure to set a record - said Zarco at the end of the day - I know it belonged to Marc and I hope to be able to improve it further in the next few days, even if at a certain point you have to brake to make the first corner. We know that on a track like this top speed can help us even in the race ”.

The Ducati adapts very well to a track like Losail and is doing well in these tests. Will the improvements made on the bike be seen on other circuits as well?

"I have no doubts about the Ducati's potential, I've been saying this ever since I tried it for the first time. We have to make the most of everything and for sure we could go fast even on tracks where maybe we will have fewer advantages than Qatar ”.

How are these test days going? What are you testing and what are your feelings on the bike?

“Today was a very positive day. I am working on small things and big things and today some smaller innovations made me feel improvements in the control of the bike. Compared to last year, the engine is different, Ducati gives me some material to test to confirm the work done by the factory team, so I feel very close to them. Today my best lap came not without some difficulties, but I rode well to do it ”.

Still in Pramac, work continues in Jorge Martin's garage, on his fourth day of getting to grips with the Ducati. The Spanish rookie ended his day with 44 laps to his credit and finishing in nineteenth position in the standings.

"Today I worked on the areas where I think I need to improve - said Jorge – and corner entry is one of them, I lose speed in that moment because I brake later than the others, in any case I improved by 4 seconds compared to the first day so I am satisfied".

You said that compared to the other Ducati riders you brake later. Is there any discussion between you?

"We don’t discuss everything directly, I talk to them every now and then since we are in the same hotel but there is a great exchange of data. On the computer I can see everything and I also know I need to improve in the use of the rear brake ".

From the point of view of the times, how are these days going?

“Today I am satisfied because I kept up a good pace, I was consistent. I did 1’55.0 with race tyres and a full tank. Tomorrow I will do an even longer long run because I have to prepare myself as best as I can for the race, even though I know that the first races of the season will have to be taken as a bit of a test. "

Physically how do you feel? Have four days of MotoGP tired you out?

“I wouldn't say so, I feel good. The first day was difficult but then it got better and better. Today I did a lot of laps but I'm not tired ”.

Your teammate hit the record top speed for a MotoGP bike here in Qatar. You're not doing badly in that area either, what's it like to go over 350km/h?

"The first time it's a bit strange and you think about it. Then, however, you don't notice it anymore and just think about where to brake."