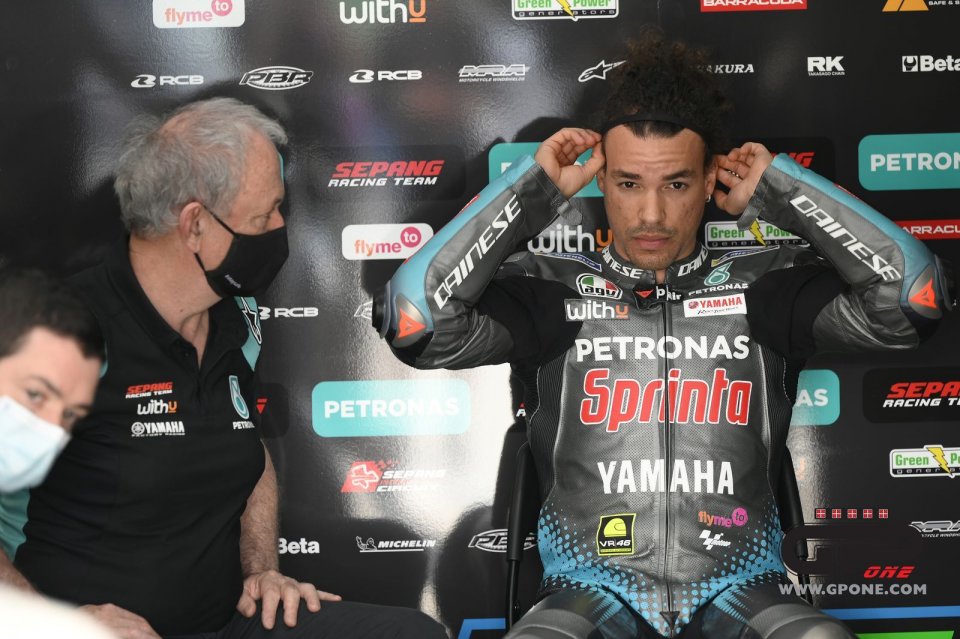 While the official Yamaha riders, plus Valentino Rossi, practically spent all their time testing and comparing the new frame, Franco Morbidelli, who was the best rider on the team from Iwata last year, only made small changes to his M1 on the track. Morbido, in fact, isn't treated the same  as Quartararo, Vinales, and Rossi and is continually developing  a bike that is now two years old.
“As of now, I believe that I won’t try the new frame this season,” Morbidelli said at the end of the two-day test in Qatar. “Certainly, not having to worry about the development of the bike can be an advantage but, in the end, you always have to aim at progressing in the MotoGP and, if you try lots of updates, sooner or later, you’ll find something interesting.”

Have you tried something that works well on the M1?
“Honestly, I tried to find a way to feel better while riding. Sure, Yamaha is updating me too, and it was a surprise, but some things work and some things don’t and must be discarded. I know where I am, and I know I have to keep moving forward. We’ve already improved the bike compared to last year. We’re using this test now to try to stay in the same positions as last year. For now, it seems we’ve succeeded.”

In the final classification of these tests, there are fourteen  riders in about one second. Are these results the outcome of an equilibrium we’ll be seeing again during the season, or is it just a test and not at all indicative?
“We’re all in an equilibrium  in the MotoGP. There are many strong riders, and the difference is in the details and the way you work. The ranking of this first test is already an indication of the great equilibrium we’ll be seeing this year.”

You’re the best of the Italians in the rankings, just like you were at the end of last season. Do you think you’re the reference point?
“No, honestly, no. There are many Italian riders who go fast. I don’t feel I have to carry the burden  from this point of view.”

What surprised you about this first approach to the season? What are you taking with you from Qatar?
“These have been positive days for me, especially today, because it went well from the very start. I finally tried a time attack that was close to Quartararo’s time. This is certainly encouraging. I still have a couple of tenths of pure speed left, but I was impressed by my speed on the straight, which is very similar to that of the factory Yamahas. In my monitor, I have the rankings of the speeds in real time. Usually, last year, it was enough to look as low as possible to find me, while I’m in the group these past two days.”