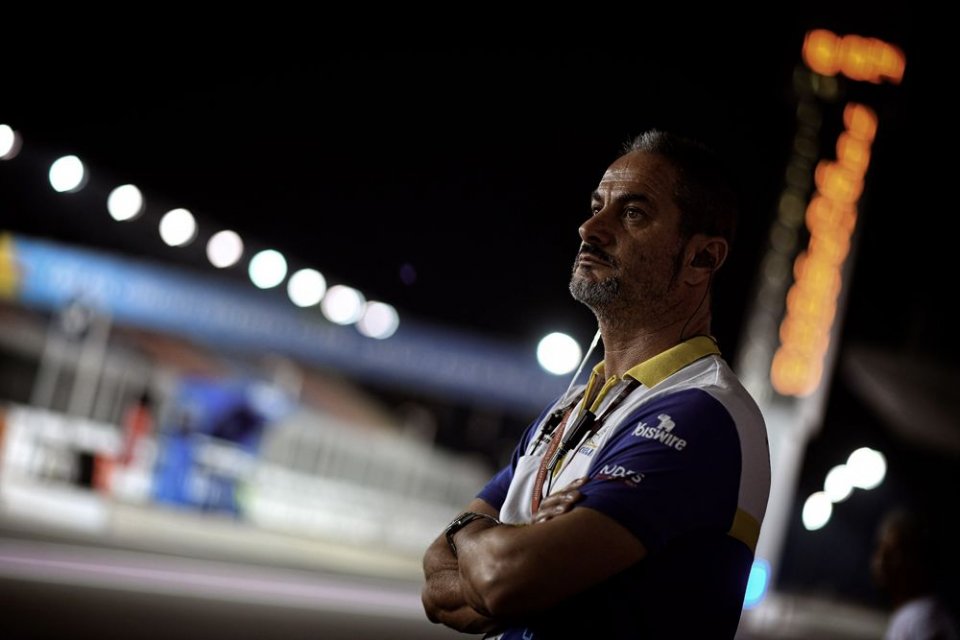 The Losail test was an important one for all the MotoGP riders and also for Michelin, MotoGP’s single tyre supplier which, after being the "scapegoat" last year for the sufferings of the riders, is preparing for the new season with confidence and determination. Last year, in fact, Michelin brought to the track a new rear compound that had to be "digested" by the riders and teams and this season is preparing to be the protagonist once again.

"For these test sessions in Qatar we brought the same compounds that we will bring to the two Grands Prix - said Taramasso, Michelin’s head of motorsport - On the third day we saw some convincing times if you think that the riders are only starting to ride now and that some of them have changed their bikes ".

So what tyres will be available in the two Qatar GPs that will inaugurate the MotoGP season?

"As for the front we have a soft, an asymmetrical medium, with a hard right shoulder and a soft centre-left, and a hard one. For the rear, however, we eliminated last year's soft tyre because it moved around and wore out too much. Basically, now, the medium brought here in 2020 is the new soft one, the old hard one is the 2021 medium and then we also have a new medium to use with high temperatures. "

What was the first feedback like from the riders?

"They all seemed satisfied, consistency is a characteristic of these tyres and with the soft you can also do 25-28 laps on good times. It seemed to me that both temperatures and wear were under control for everyone."