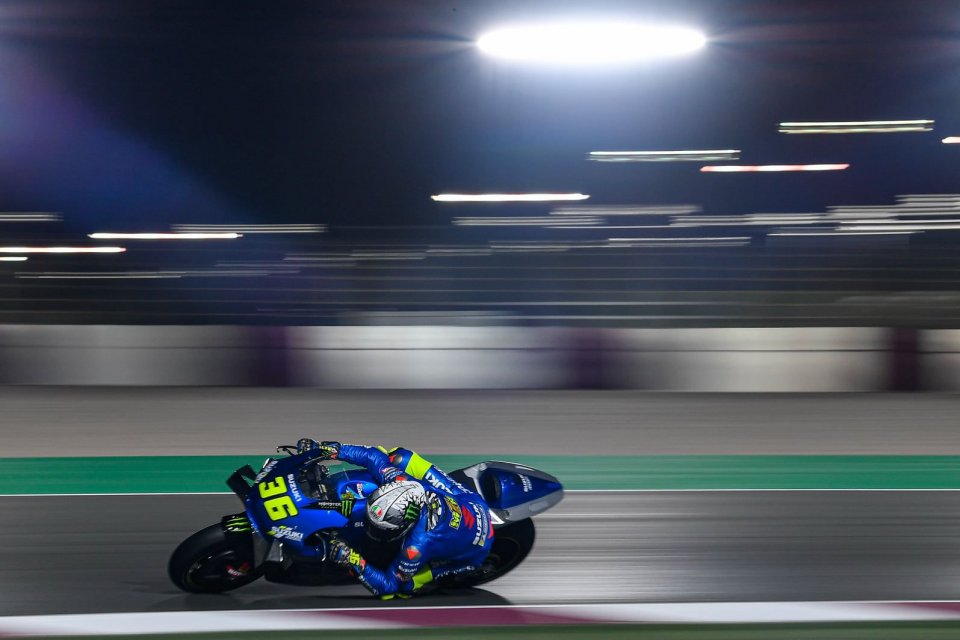 The World Champion is there with the best because, at the end of the first day of testing in Losail, Joan Mir and Suzuki finished third with less than three tenths of a second from the top. An undoubtedly encouraging start for those who aim to confirm themselves in a season that is certainly not a simple one.

“It was a great day,” Joan began. “I tried to be fast right from the start, aiming to rediscover those sensations I had left behind at the end of last season. Guintoli is already working with a view towards 2022, given that some components, such as the engine, you can’t figure out in just a few days. It takes a long time. That’s precisely why starting work early is essential. 2022 will definitely be important but, as we all know, this season comes first.”

He then returned to the present.
“We have several things to test here, and I’ll carry on the work on the new frame tomorrow. Suzuki made a lot of effort during the winter, and now it’s up to us to assess everything that the team brought here to Qatar.”

One of the problems that need solving is undoubtedly the flying lap, where Suzuki struggled in 2020.
“The flying lap time wasn’t bad, even if we have to consider that we have less grip than usual. Obviously, we can do better to lower the stopwatches, but we’re still working on some aspects so that the bike will make the most of the new tire. At the moment, our ideas are quite clear about what to do and, on the last day, we’ll try a race simulation. Doing it now would not make sense, since we still don’t  have the right set-up.”

In Losail, Mir got the chance to get some kinks out.
“I’m going to bed tonight because my fingers hurt. That’s how it works with a MotoGP,” he said smiling. “Obviously, I have to get used to getting back on the bike, even though I trained a lot with the cross in winter.”