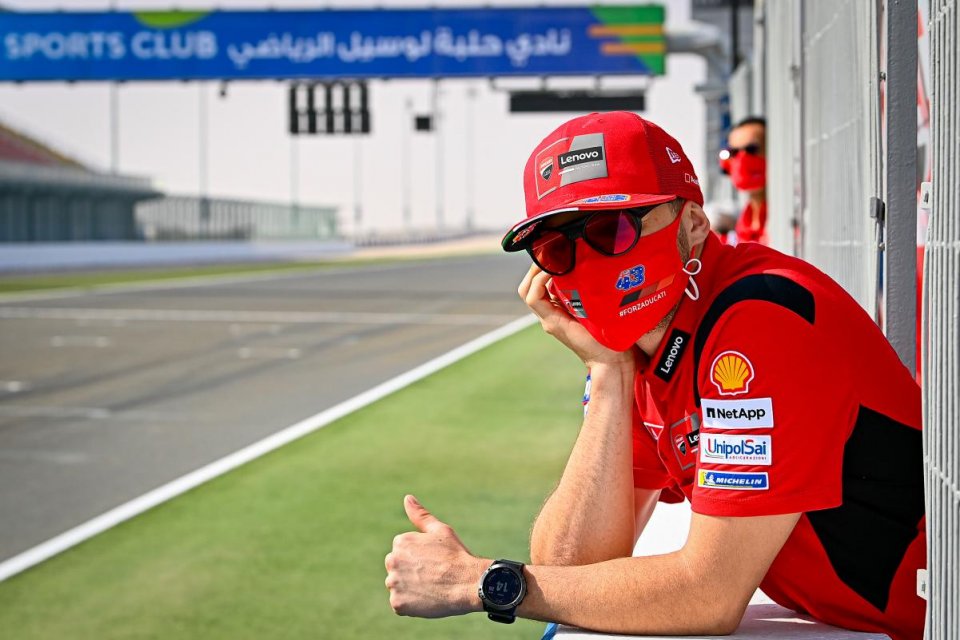 There’s always been bad blood between Jorge Lorenzo and Jack Miller, so much so that we’ve witnessed several spats between the two, inside and outside the paddock.

Today was the umpteenth time the two riders had words on social media. In a tweet that appeared on the MotoGP channel about Cal Crutchlow’s fall – one of the many who ended up falling at Turn 2 when the sun began to set and the temperatures dropped –  the Majorcan rider wrote: "I told you".

Jack Miller immediately reacted and intervened in the discussion by replying to #99: "How about you grow up mate seriously stop behaving like a child."

Jack was definitely not subtle. Let’s wait and see if and how Jorge will  respond. 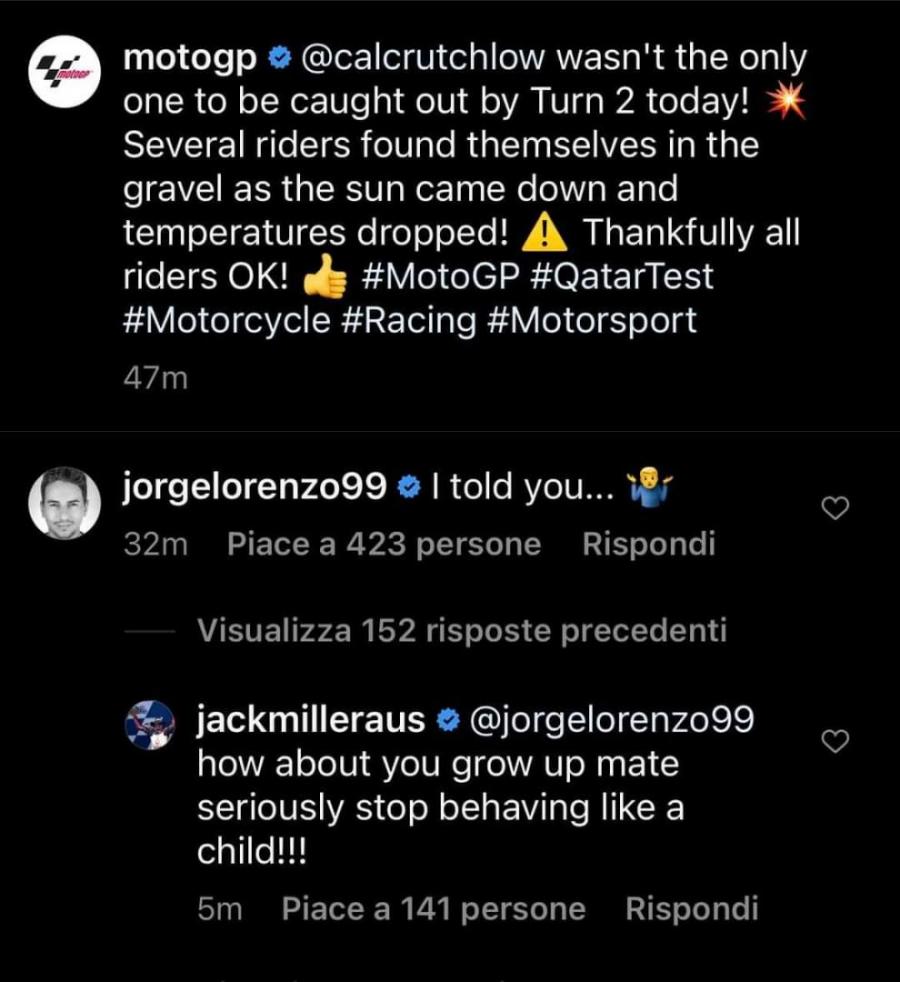