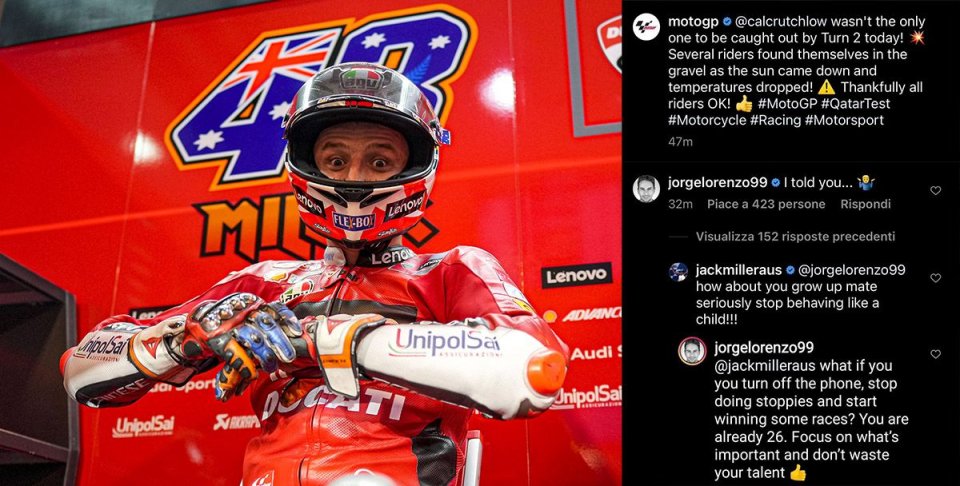 A tweet duel between Jorge Lorenzo and Jack Miller. The little social controversy started yesterday, when the two intervened by replying on Twitter to the official MotoGP account. The tweet in question reported that as the temperature dropped, Crutchlow went off the track, as did other riders and all of them at Turn 2.

Lorenzo responded to this message with a cloying, 'I said it'. The message prompted Miller to get involved, sending a message to Jorge that was not very peaceful: "How about you grow up and stop acting like a kid?"

We were all sure that an equally polite reply would then come from Lorenzo, who did not disappoint our expectations: "How about you turn off your phone, stop making stoppies and start winning some races? You are already 26 years old. Concentrate on the important things and don't waste your talent".