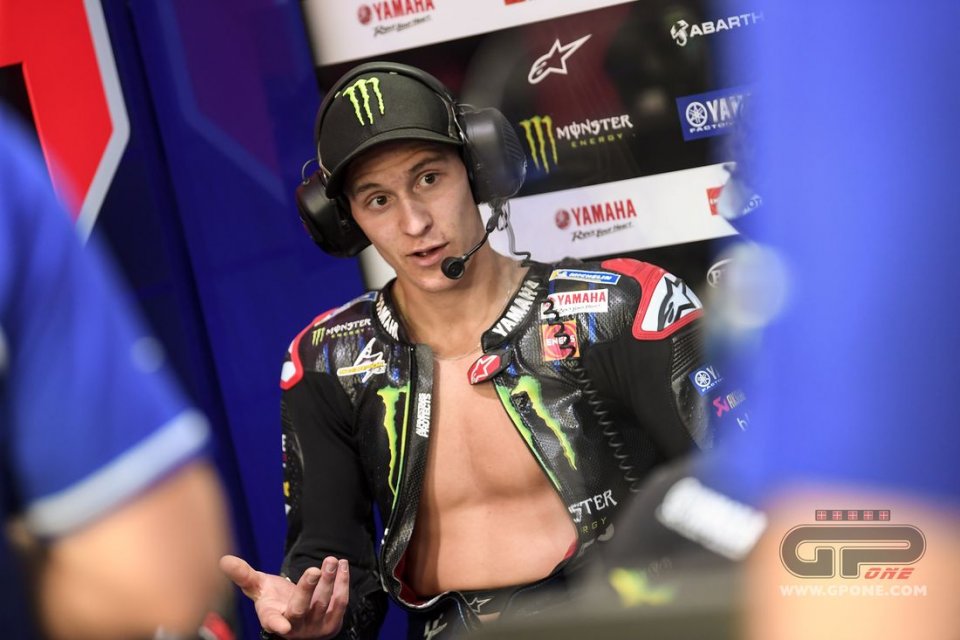 Fabio Quartararo might have a new team but he also has the same old habits. The Frenchman ended this test session in first place in the standings with the factory team's M1 and after spending an intense two days with 128 laps under his belt.

“Today was certainly better than yesterday - said Fabio - I still find it difficult to clearly evaluate the 2021 bike but I have tried several new things and I am still trying to understand them. I didn't feel particularly good with the new swingarm but I have to try it better in all conditions. The most important change was the one to the frame, I have to find the right sensations ”.

The frame is one of the most substantial changes made to the M1, does it resemble the one from 2019?

“At the moment it still doesn't give me the same feeling as the 2019 frame, that was really incredible. We are trying to go in that direction and we still have three days of testing to succeed and get as close as possible ”.

From the point of view of the times, how did the day go, even compared to the opponents?

“They are just tests, we don't know who is testing what. I have to focus only on the new things but I have to say that today my times were really good, both from the point of view of the flying lap and of consistency ”.

Your first days as an official rider are over today, how do you feel?

“Really good. I’ve kept it to myself but in recent months thinking about the responsibilities I would have had, scared me a little. Now, however, I realise that I love this role, I love making decisions about the bike and giving the direction ”.

Fabio, you are a “flying lap” specialist. What do you feel in those moments?

“The sensations of qualifying are incredible, I don't feel them at any other time in my life, not even in the race. The lap before the time attack there is a lot of pressure, you feel scared, then at the last corner you open the gas and everything disappears. It's crazy to never know if you are going to crash or not, it's 100% adrenaline because at that moment you are giving the maximum of yourself ".

Any advice from Crutchlow?

“Yeah, Cal and I have a great relationship and he's giving me a great hand. I keep his advice to myself but having such an important tester is an advantage, we need to make the most of him. "

Vinales: "I will be crazy even with a son" 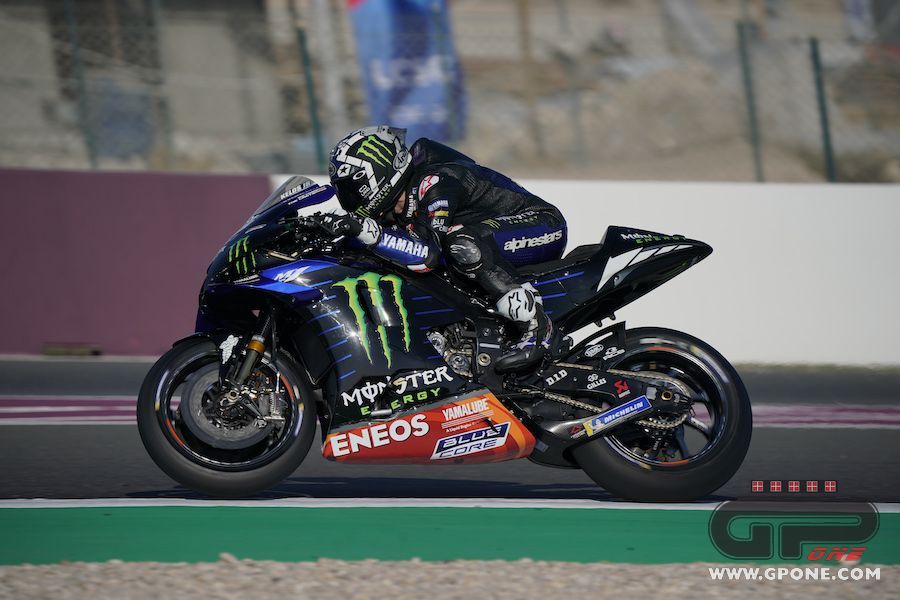 Instead, Maverick Vinales finished in seventh position, increasingly happy with his Yamaha.

“I am really delighted with this test - said Maverick - Yamaha worked very well during the winter and today I concentrated on many aspects of my riding and my bike. I did six laps with some crazy times at the end of the day and I'm really happy about this ”.

You said you focused on riding and technical aspects, what surprised you the most?

"I know I'm fine on the flying lap, that’s there, as well as speed in general. On the other hand, there is no push at the start of the race, and I'm working on that in full tank conditions. Today I rode more smoothly, without any stress and only with the desire to improve. I've seen some interesting things about the bike's electronics, especially when the grip drops. "

The biggest problems of last year came on tracks with little grip. Are you working on that too?

“Yes, absolutely, I want to solve my problems with low grip and in the next three days of testing we will have time to improve even more. It is difficult to say if we have already succeeded because in these days there was no Moto2 to race before us and so we didn’t have the race conditions but I think I need more laps to be able to say what works and what doesn't. "

Speaking of the times of the race, today, just around 8pm (Qatar time), you fell in turn 2. What happened?

“Well, I'm one of many riders who fell there. I was on a very used double soft tyre and so I went back to put the medium on the front, the race tyre. On the way out I crashed, maybe it was too cold for the medium ".

In the past few days on Instagram you announced that you are expecting a child together with your partner. Enzo Ferrari used to say that a driver loses a second per lap after having a child, does that worry you?

"No, because I'm crazy and I'll always be crazy."