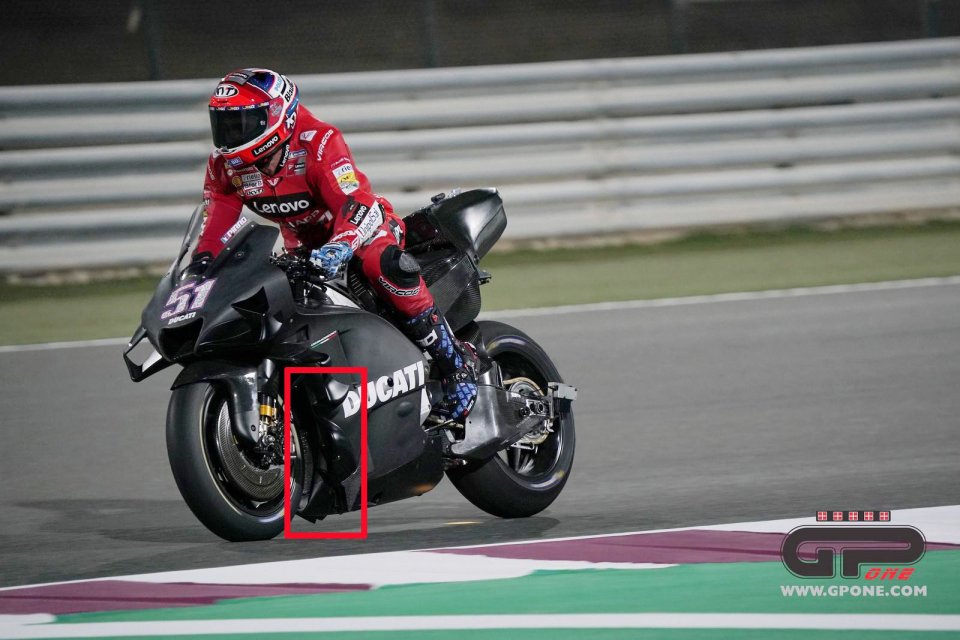 The purists will probably again turn up their noses, but there is no doubt that Ducati and Gigi Dall'Igna continue to lead the way in aerodynamics.

Taking advantage of the dark hours of the first day of evening tests in Qatar, in fact, Michele Pirro wheeled out some new aerodynamics.

They are dynamic air intakes in the lower part of the front fairing: in this case, more than having a downforce effect, they seem to help the air flow (and the relative outflow) of air. It might not seem so important, but it is well-known that an increase in power always passes through a greater production of heat, which must then be suitably eliminated.

We users can also notice this when, in the summer, we ride one of the current super sports bikes that produce almost 220 hp, feeling the flush of heat that rises from the engine every time we stop at the traffic lights ... well, just imagine that at this point you have about sixty horsepower more!

For this reason, first in F1 and then also in MotoGP, fans have made their appearance in a big way in front of the fairings during pit stops, and they have even been made ad hoc to fit into the air intake of the air-scope.

Sensors have also been applied to the end of the swingarm. 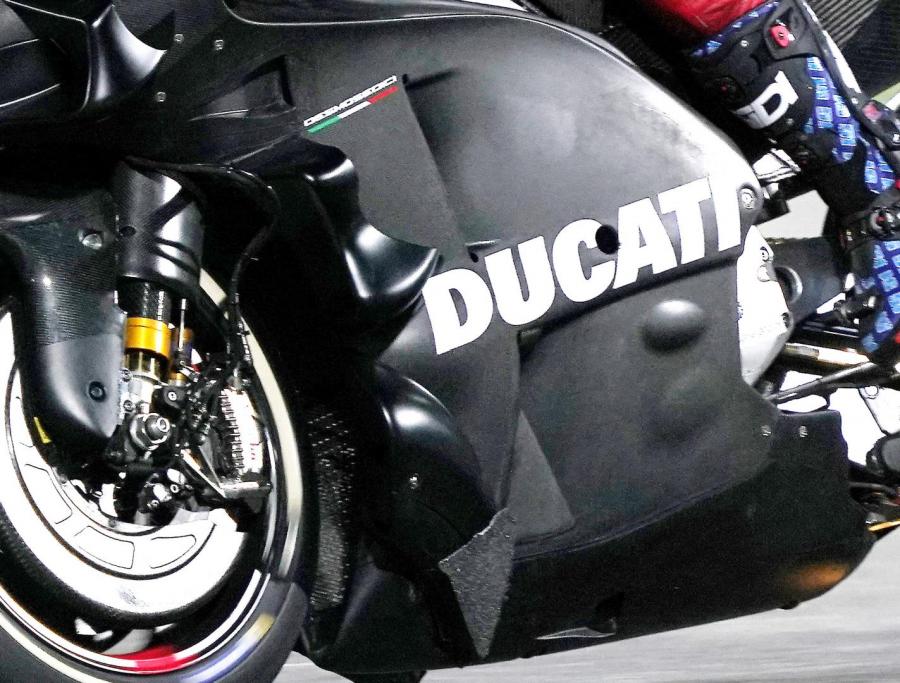