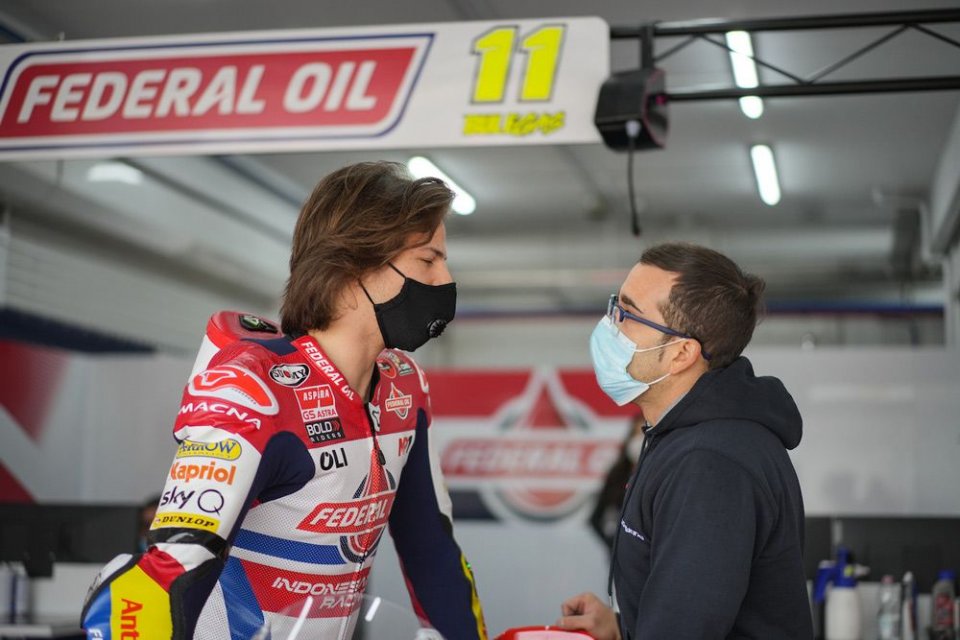 A false positive test ruined Nicolò Bulega’s test days in Portimao. All pun intended, because the Gresini team rider is in perfect health, but still ended up quarantining in Portugal. Nicolò had managed to do only a few laps on the first day of tests on the Algarve Autodrome, when he received his swab result, which was positive, so he was quarantined, only to find out that it was a false positive.

“Unfortunately, for one reason or another, I wasn’t on the track much during these  tests, so I have practically no references. It was a shame because there was a lot of work to be done. The competitiveness on the track is very high and we’ll have to work hard in Qatar to recover,”  Bulega explained. He only managed to complete thirty-eight laps on the first day.

It went better for his teammate, Fabio Di Giannantonio, who set a 6th time at the end of the two test days, which many Moto2 teams attended.

“They were two hard days, where a lot of work was done, and where, honestly, there’s still a lot to do,”  Diggia commented. “We all need to blend in a little more, but we get better every day. We're always growing, and this is very positive. We’re still a bit far, but I think the three days in Losail will be fundamental, also considering that, at the end of the day, we found an interesting direction. I’m psyched.”

Marquez: “I have to be patient, life has taught me to be positive”