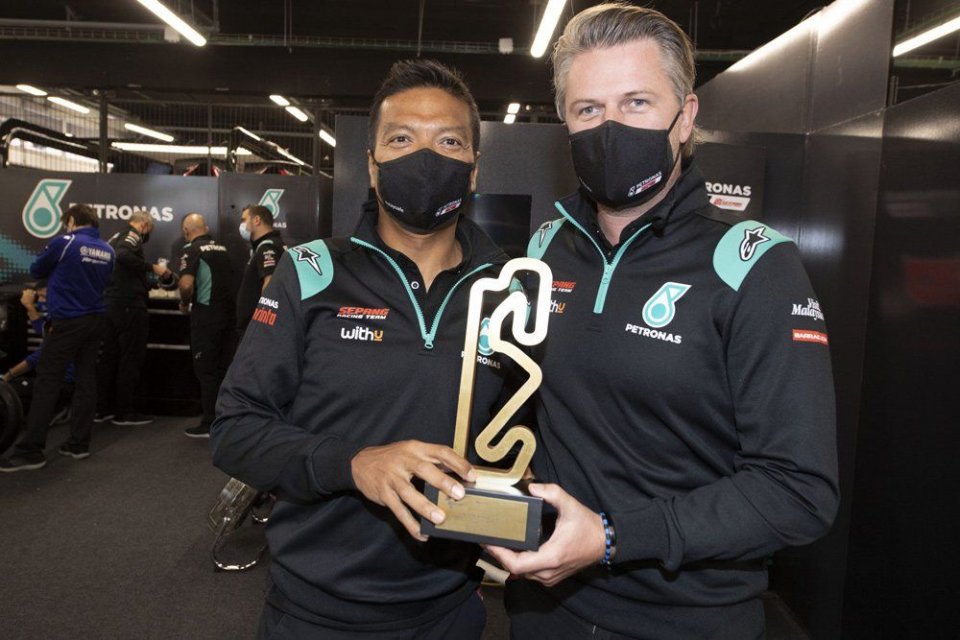 Is Stefan Bradl a rider or a tester? This is undoubtedly one of the most discussed topics this winter, since the German rider spent almost ten days in Honda. This wouldn’t be a problem if Stefan were used by HRC exclusively as a tester.

But some problems would arise in the event that Bradl starts racing this season, replacing Marquez, since riders can’t ride with MotoGP bikes before the Losail tests.

Johan Stigefelt also spoke about this: "Stefan is an excellent tester and in he rode in several races last season, which really helped him grow and become competitive,” the director of the Petronas team stated during the team's presentation.  “What do I think of his tests with Honda? During the winter, he participated for several days, and we’ll talk about this in Qatar.."

He really doesn’t want to argue about this now but, at the same time, he wants answers.

The official announcement came today. The rider from Ascoli: "I have no expectations other than to return to a serene and clear climate inside the...
13 hours 8 min ago

This is the first MotoGP pole for Honda since Pol Espargaro at the British GP last year (21 races), ending the longest sequence of successive premier...
18 hours 2 min ago

“We want to thank the entire paddock and especially the Suzuki team that helped us rebuild the garage. We’re ready to start the Japanese GP.”
23 hours 15 min ago