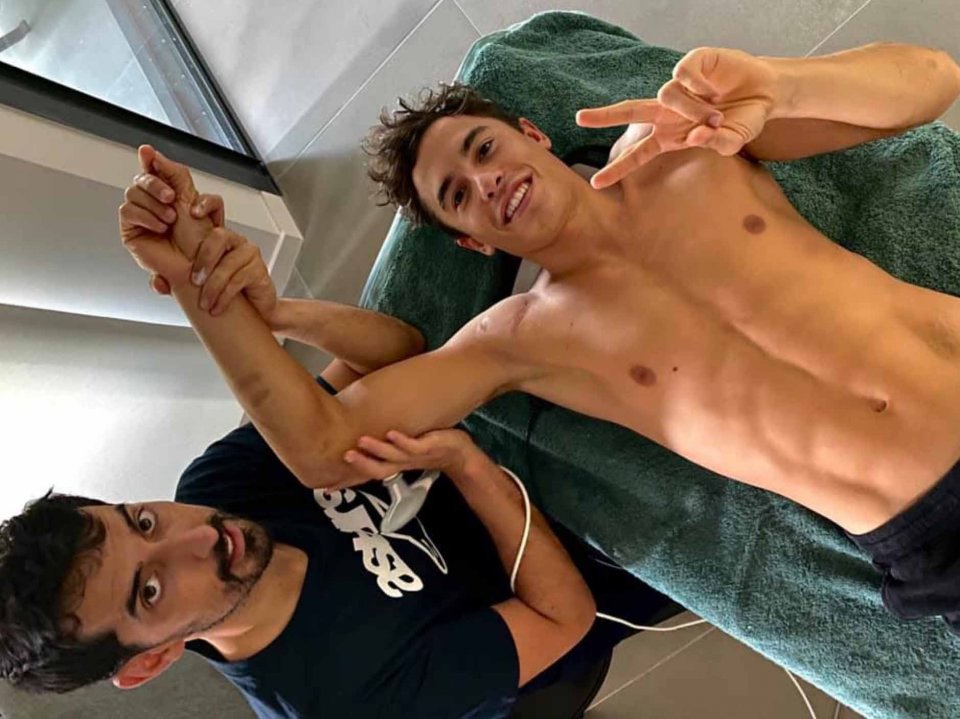 We might soon know Marc Marquez’s intentions regarding the next Grand Prix in Qatar on March 28th. After lots of speculation, we’ll hear it right from him what really happened after his injury at the Jerez GP.

In fact, the eight-time world champion has spoken only once, in an interview with DAZN Spain, on August 23rd.

The occasion will be the presentation of the Repsol-Honda team, this Monday, which will be followed by a video interview via Zoom with the media. The last time Marc spoke to us was on July 18th, the day before the accident on the Andalusian circuit.

Subsequently, in one of its rare interventions, Honda let us know that things were finally progressing favorably, and only recently, Marquez started publishing photos without the carbon protection on his arm.

That’s how we know that Magic Marc intensified his physical preparation, but what this means in recovery times and a scheduled return, we have no idea. If we had to think about the terms of his quick return – four days – after the Jerez accident, we wouldn’t be surprised if we see him at the Losail tests. In his condition, six days would be a godsend but, at the same time, those days will also be crucial for Stefan Bradl, who trained this winter, to continue on the development of the RC213-V.

Will he go for broke or will he try to ease back in? Give himself some more time for the first European Grand Prix, on April 18th in Portugal (if there will be one), or even on May 2nd in Jerez? The wait would still give him more than two months. Enough to return, at twenty-eight, not in top form, but almost. The only doubt wouldn’t be his physical strength but his other talents: the habit of going fast, struggling, competing. All things that you develop only by riding a bike.

“I braked in the wrong place at the wrong time. I’ve had worst moments in my career, and I’ve always gotten out of them.”
7 hours 19 min ago

Ezpeleta: “We celebrated him in Qatar. A heartfelt moment of silence. I believe that this event shared with Formula 1 is a demonstration of how...
1 day 1 hour ago

“It’s happened to me a few times in the past. My arm is fine, but I left something on the table in qualifying. It’ll be important not to make...
2 days 25 min ago

“Marc knows Honda well and will be able to indicate a clear direction to follow. I can’t get a perfect lap when I push. I make too many mistakes.”
2 days 22 hours ago

Johann joked about the incident at the end of FP2. "I'm in the good group but I’m not riding relaxed, I'll look at Bagnaia's data to solve the...
3 days 19 min ago

"The recovery surprised me. It was faster than I expected. I had surgery on Monday, and I could already train on Wednesday. I'll have to see how I...
3 days 2 hours ago