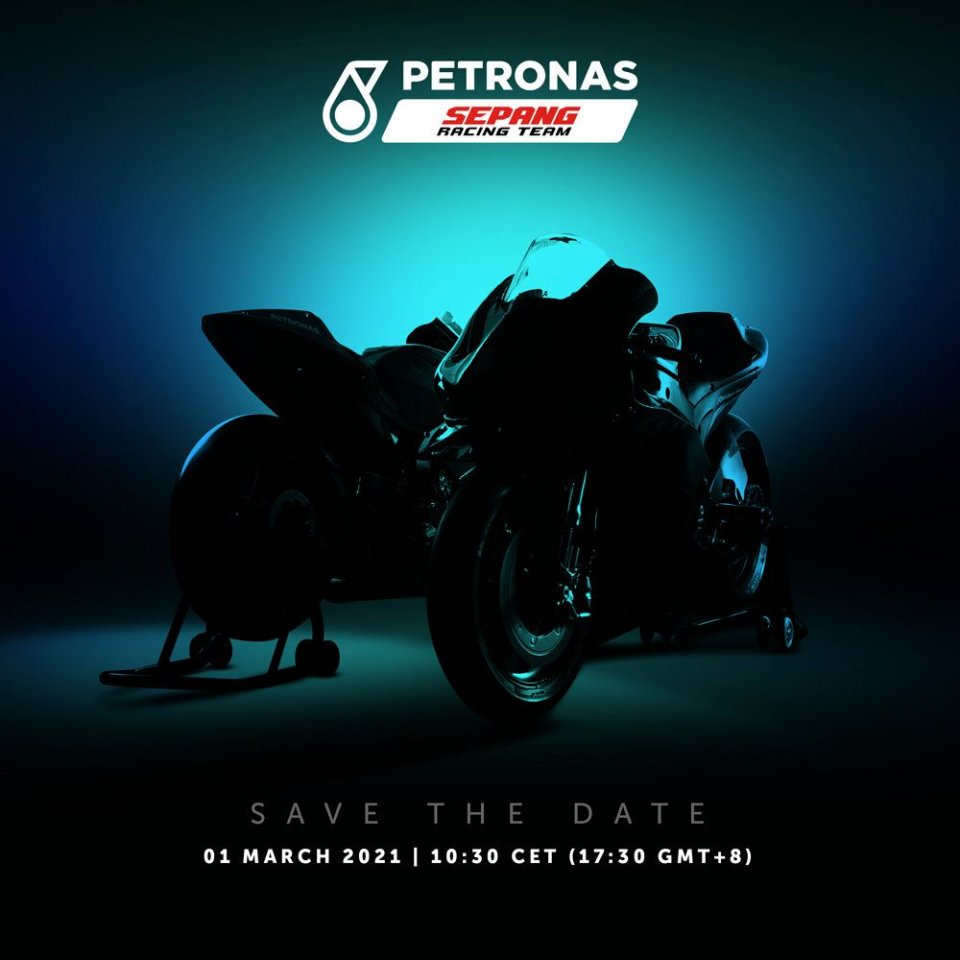 Team Petronas will officially present their squads on March 1st at 10.30 am on the team's official YouTube channel.

Centre-stage will obviously be the current MotoGP runner-up Franco Morbidelli, who has been a member of the team in the premier class since it was created in 2019, and Valentino Rossi, nine-time world champion, who will take the veils off their Yamaha YZR-M1 to reveal the 2021 livery. In addition, the Moto2 riders of PETRONAS Sprinta Racing, Xavi Vierge and Jake Dixon, and those of Moto3 John McPhee and Darryn Binder, will be present during the virtual launch.