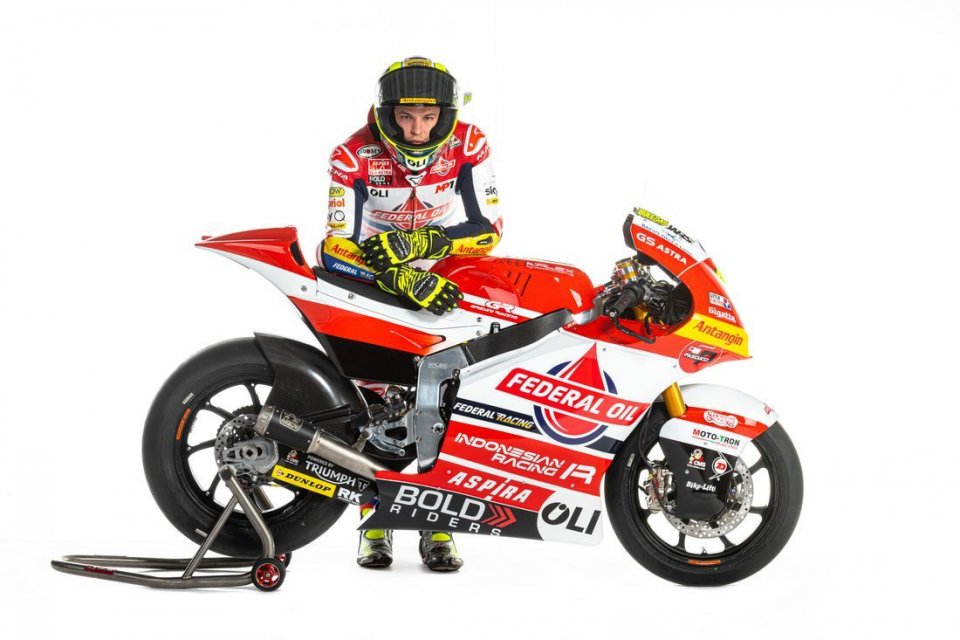 After Sky Racing Team VR46’s presentation yesterday, today was Gresini Racing’s turn. They unveiled their new liveries for the Moto3 and Moto2. The Di Giannantonio-Bulega duo will be making its debut. Both are in their third year in the category, and Valentino Rossi’s former pupil will be racing for the second consecutive year on Fausto Gresinis team. Both Fabio and Nicolò were injured at the end of the 2019 season, so they had to try to recover during the winter.

“During the last race, I tore my shoulder labrum,” Bulega stated. “I had to make a lot of sacrifices this winter, but I think I’ve reached ninety percent  of my level. I do many kilometers every day,  because I do physiotherapy in San Marino and the gym in Rimini, but this allowed me to recover faster. The doctors said it would take three to four months, but I actually felt better after a month and a half.”

Donatello Giovanotti also spoke during the presentation. He’s going to be Bulega’s new crew chief for 2021 and was the one who pinpointed the defect in Nicolò’s inconstancy (in the face of a great natural talent). How can this area be technically improved?

“This winter, I worked differently than usual, and I feel really ready. It’s all about finding a good foundation and a good packet, so that I can feel at ease on every track. I didn’t find this foundation in 2020 and, in every round, I had a different bike. The search for consistency will be important because, once I find it, I’m sure I’ll be getting podiums and victories.”

Like we said, the Bulega-Di Giannantonio duo promises really well for the season, even though the two have often ended up crossing paths in the past. Will it be possible to develop a kind of team strategy?

“I’m all for common strategies during the tests. We’ve seen that many important teams have achieved goals this way, and I think we’d both benefit from it. Obviously, the race is then a different thing and, there, it’ll be everyone for himself.”

You arrived in the Gresini team after years in the Sky Racing Team VR46 and in the Academy. What did you find special about this team?

“As soon as I arrived, I immediately felt welcomed. It was as if I had been here for ten years. We’re all working really well, and the team helps me a lot. I hope I can do well this year.”