Carlo Pernat, punctual like every Saturday, appeared to comment on the “hot” topics of the week and answer questions by GPOne viewers. This time (see the video above), he spoke about Marquez’s willingness to give back his 2020 salary to Honda.

The manager from Genoa appreciated the Spanish rider’s gesture, but it didn’t fully convince him.

“It’s one of the most classic political moves. I would have done it too,” he commented. “They had already paid it, and Marc simply made a nice gesture, a good impression towards the public opinion and towards Honda, which proved to be a great company, paying him despite his not having raced, but for everything he won. Surely, Marc has something to hide. He also has to take some blame, and he definitely gets that. I hope he  returns as soon as possible.”

But when? No dates have been mentioned.

“In recent months, there’s been a lack of communication from Honda and the doctors. Perhaps even they’re not sure. In fact, they've never provided any possible date for a return,” Carlo observed. “From the information I have, I say that he’ll not be in the Qatar tests. He won't be geting on a MotoGP until he's one hundred percent okay. The risk is that he could end his career now.”

There was also talk of Valentino Rossi and a season in which he’ll have to contend with Franco Morbidelli, his new teammate and world vice-champion. Carlo doesn’t see the Doctor as a role player in 2021.

“I think it would’ve  been better if he had left earlier, but he enjoys it, and that’s okay,” he stated.  “In my opinion, he won’t be fighting for the World Championship. Maybe he’ll be able to have  some good races, but the years pass and, last year, he didn’t leave a good memory because, when he took a risk, he fell. It’s all justifiable but, to date, I don’t see him fighting for the podium. I’m ready to be proven wrong but, at forty-two, your head is more in control than your hand, which says not to open. In 2020, I saw he was in trouble when he was with first, and that’s what makes me wonder.”

Pernat then spoke about his protégé, Bastianini, who’s waiting to get on the Ducati for the first time in the Qatar tests, and with only a one-year contract with the Italian constructor.

“The track is what gives the answers, so the first five or six races will be important in understanding many things. Then, in 2002, many doors will open. So if a rider is good, he’ll find a spot. Enea will still have Dovizioso’s team of technicians, and this is a great guarantee from Gigi Dal’Igna, whom I trust.”

Aprilia’s future is also shaping up, and the last clues are closing in on the rider they'll replace as test rider, Bradley Smith.

“He won a championship with the electric motorcycles,” Pernat’s and Paolo Scalera’s identikit. Matteo Ferrari is the candidate and, tomorrow,(Monday, February 15th), he'll be interviewed in a live broadcast on our channels. 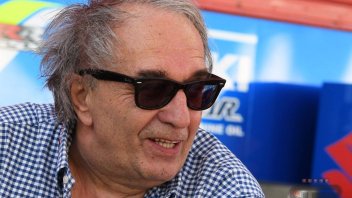 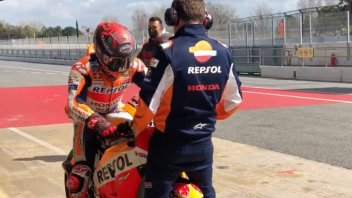