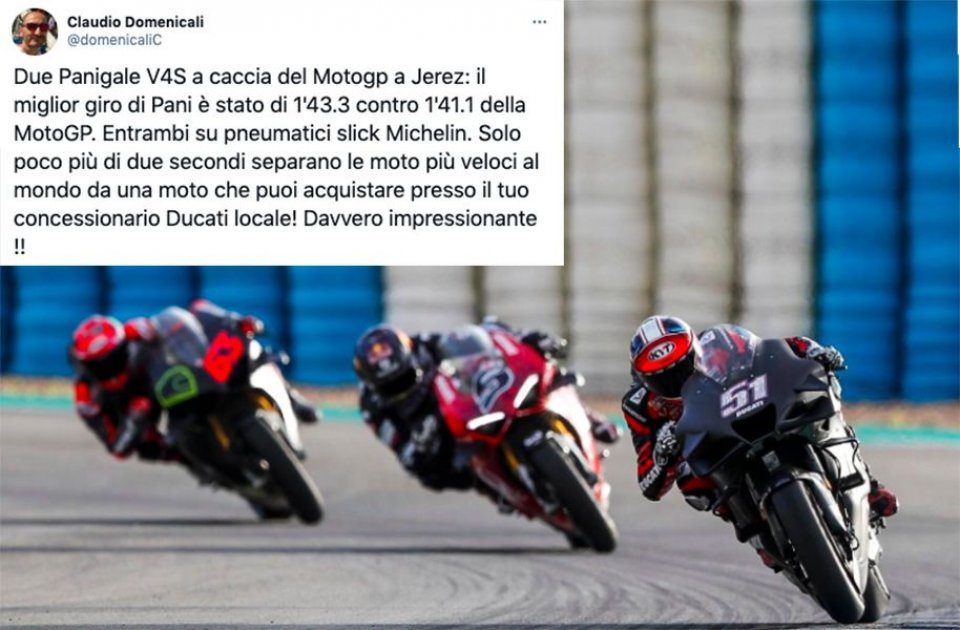 How fast can a production motorcycle run compared to a MotoGP bike on the same track and in similar conditions? Claudio Domenicali has provided the answer and it's really impressive. As we have written in recent days, the Ducati riders who will race in MotoGP in 2021, with the wild card represented by Tito Rabat, have tested in Jerez riding Panigale V4S bikes. During the two days, partially ravaged by bad weather, Michele Pirro also rode the GP21.

The picture posted by Domenicali shows Pecco Bagnaia and Johann Zarco riding the two Panigale V4S bikes used for training and they are following closely Michele Pirro, who is riding the GP21.  This is the text that accompanies the photo.

"Two Panigale V4S in the hunt for MotoGP at Jerez: the best lap of a Panigale was 1'43.3 versus 1'41.1 of the MotoGP. Both on Michelin slick tires. Only a little over two seconds separate the fastest bikes in the world from a bike you can buy at your Ducati dealer! Very impressive!!!" 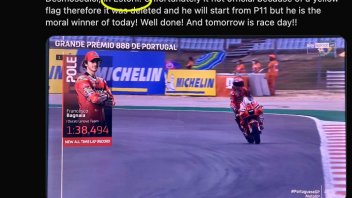