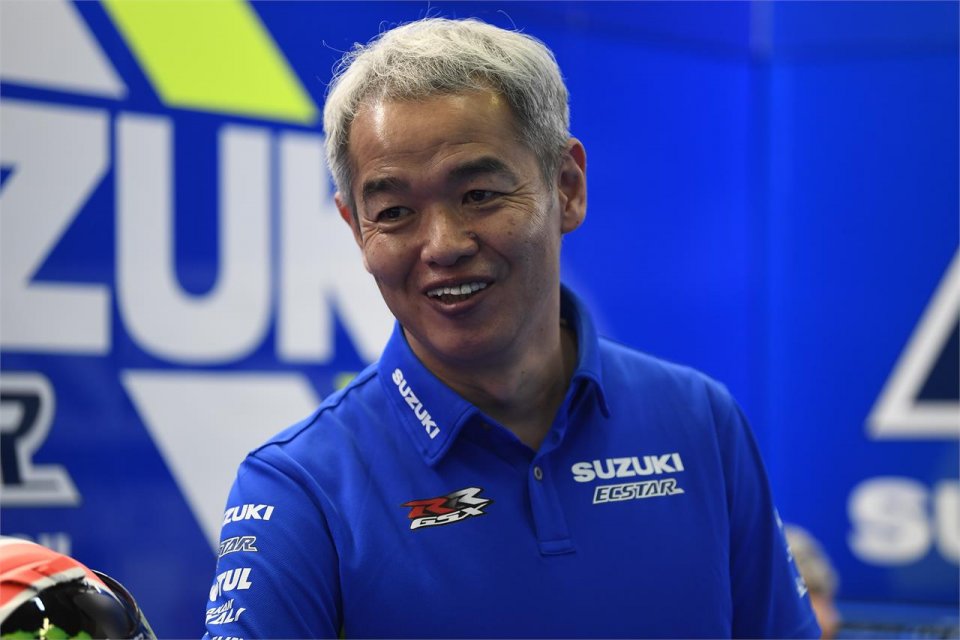 This will be the year of reconfirmations for Suzuki. Few thought that the GSX-RR could win the title with Joan Mir last year, but now the number one is on his fairing and they’re the team to beat. Shinichi Sahara, the Japanese company's  project leader, knows this really well, but he doesn’t want to play in defense. They want to continue attacking.

“I don’t like to say that we’ll defend the title, but we’ll be one of the contenders to win it,” he explained from Hamamatsu. “Each year, we set goals, and having won the championship has taken us to another level. The goal for this year is clear: to be first and second with our riders in the standings and also win the constructor and team championships. I know it’s difficult, and we’re more pressured, but we’ll try.”

One of their strongpoints is the GSX-RR, a bike that has proven to be very balanced and competitive on every circuit. Of course, the racing department is working to improve it.

“Riders are never satisfied with their bikes, and that’s normal,” Sahara continued. “Our priority is to maintain a balance, so we won’t focus on just one area. One of the things that needs improving is performance in qualifying, even if our priority remains the result in the race. For example, we’ll work on the stiffness of the frame to improve confidence on the front, but we won’t  limit ourselves to that. We’ll tackle the problem from various directions.”

Thire other firm point is the riders.

“They’re a really strong duo. We have a perfect combination between them and the team. We’re like a family,” he emphasized. “For now, I don’t want to change anything, and I’m not worried about their management. There has never been a number one and a number two rider for Suzuki. They’re on the same level, even when we had rookies. Mir and Rins respect and help each other. Without them, we wouldn’t have been able to achieve certain results, but I’m aware that this year won’t be easy.”

But the Suzuki family has lost an important member: Davide Brivio.

“When he told me, I was surprised. I asked him what year he was talking about for his farewell,” Sahara smiled. “His leaving was a unique case, and I hope it won’t happen again.”

Suzuki has chosen not to replace him.

“There are a total of seven people coordinating the various areas of the team, including myself. I was involved in managing the team, because they constantly compared me with Davide, so I’m not worried at all,” he said reassuringly. “We’ll see what happens. If there’s a need to have a team manager, then we’ll have one but, at the moment, I don’t know if that’ll be the case and who it could be. From my point of view, the ideal thing would be to promote one of the people who work on the team rather than looking for someone outside.”

In 2021, they’ll continue to follow the path Brivio traced, then they'll see. But there’s also another topic that has been talked about for years: the possibility that Suzuki will have a satellite team starting from 2022. In this case, Sahara’s response is less clear-cut.

“Davide had started talking to other teams. I had also been involved, but his departure makes things more difficult,” he explained. “I’m not giving up on this idea, but I’m busier now. I talked about it with Suzuki’s top management, and they didn’t say no, but the question was put aside. I’ll try to get into more detail to understand how we can organize ourselves, Things are progressing, but a bit slowly.”

The Japanese project leader also wanted to give credit to his testers for the work carried out.

“Guintoli is very important for the development of our bike. His comments are very precise, and he races with times that are close to those of the riders. I’ll tell you an anecdote. One day, he had to try some new electronics but, by mistake, we hadn’t loaded the new map, and he didn’t know. When he returned to the pits, I asked him his opinion, and he told me it was exactly the same,” he  said. “In Japan, it’s Tsuda who tests, especially in Motegi, and he has improved a lot in his work.”

One last thing, before leaving, was about Mir’s decision to use the number one in the race this year.

“I already liked seeing him on our bike in Valencia, that’s enough for me. If Joan decides to use it, I’ll be happy. Otherwise, we’ll try to put him on it again at the end of the year,” he said laughing.