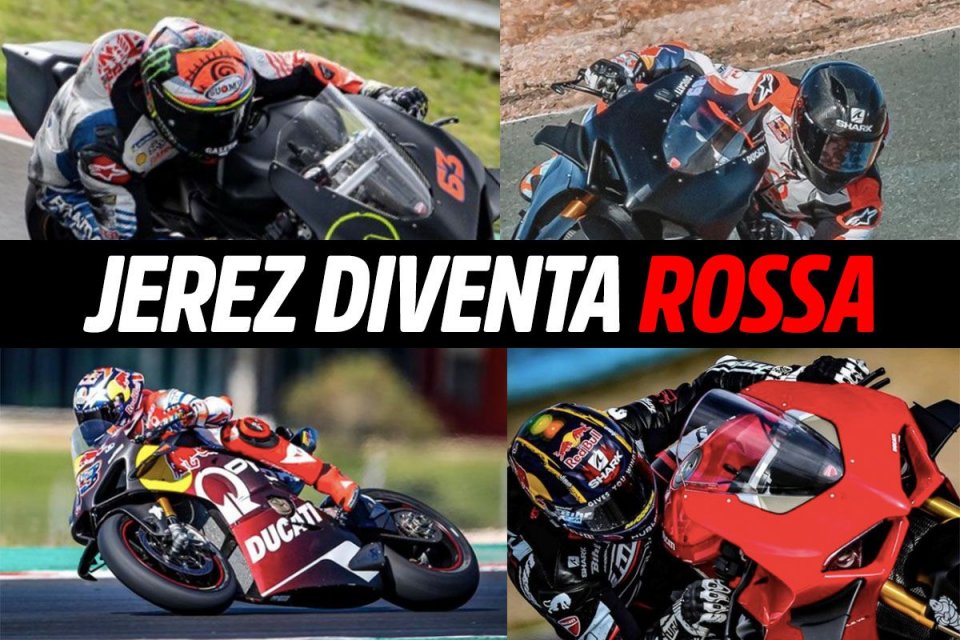 2021 is here and Ducati is ready to sharpen its weapons for the new season! The presentation of the official team is scheduled for February 9th, broadcast for the occasion in streaming at 4 pm. And they’ll already be on track the following day.

Michele Pirro and the “Rossa” will inaugurate the new season on the Jerez track riding the MotoGP. And, who knows, maybe they’ll show off  a new fairing or frame for the occasion. Besides Pirro, we’ll also see all the other Ducati riders, in Jerez, namely Miller, Bagnaia, Zarco, Martin, Bastianini, and Marini, all in action with the Panigale V4S. The regulation only allows the use of road bikes.

They’ll get a chance to practice, pending the official test scheduled for March on the Losail track, in view of the start of the World Championship.

Besides Ducati, the Honda HRC test team with Stefan Bradl will probably also be participating in the two days in Andalusia. So it’ll be interesting to see a first confrontation on the track between the Honda and Ducati test riders, while we wait to figure out what KTM and Yamaha will be doing. In fact, rumor has it that the two constructors might also participate, but it’s still up in the air.

Now, about the Superbike. Aruba and the independent Ducati teams, namely Barni and Go Eleven, are planning to take advantage of February 10th-11th to recoup the two days they lost last week due to adverse weather conditions. The same holds true for Kawasaki and Honda: they’re also considering joining the two days with Rea and Lowes, as are Bautista and Haslam.