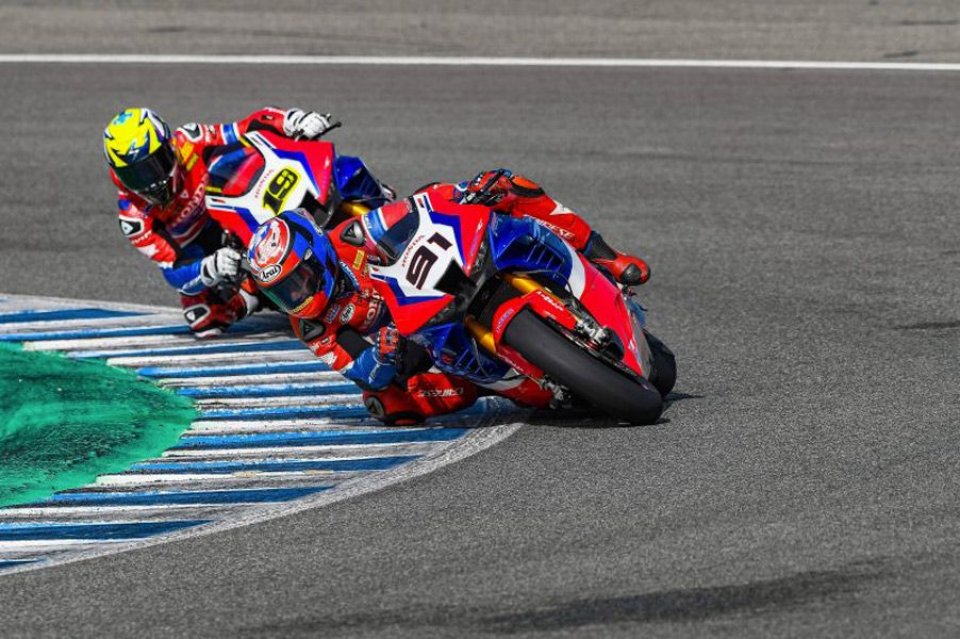 Honda tried the Jerez card again after last week's tests had been cancelled due to bad weather. Alvaro Bautista and Leon Haslam, however, weren't too lucky this week either and had to deal with rain and fog. Only yesterday afternoon were the two riders able to get on their CBR1000RR-R with the track in dry conditions, while today the conditions kept them in the pits and in the early afternoon the team had already left the track.

However, it was a useful test for Alvaro and Leon who were able to shake off some of the rust and give the engineers indications on the development of the bike in view of the new season. It was basically a shakedown, which gave them a chance to try out some new parts from Japan.

At the moment, it is not yet known when Honda will return to the track for further tests given the difficulty of making plans due to the coronavirus epidemic.

“We have not been very lucky with the weather, it’s been either rain or a wet track, but we finally made the most of a half day, testing some new items HRC has brought for the upcoming season – said Bautista - We were able to collate some useful data and gain some references, and at least give the technicians the indications for them to be able to continue their development work. So with that in mind, it’s been an important and very positive test, albeit a short one. Now we have the direction to follow in order to take the next steps at future tests.”

His teammate Leon Haslam was also on the same wavelength.

“The weather here has been crazy but honestly, I think this test was very important as we needed to evaluate quite a few things for HRC – added Haslam - Even though we eventually had just half a day, we were able to complete some laps and give the engineers and team the information they needed, and so now they can continue their work to prepare for the next tests. It’s been really good to get back on my CBR, the feeling was good and the new items we’ve tested were very interesting, so now I have even more motivation ahead of my training camp in the coming weeks. Hopefully, we can test again soon so that we’re well prepared for the start of the season.”