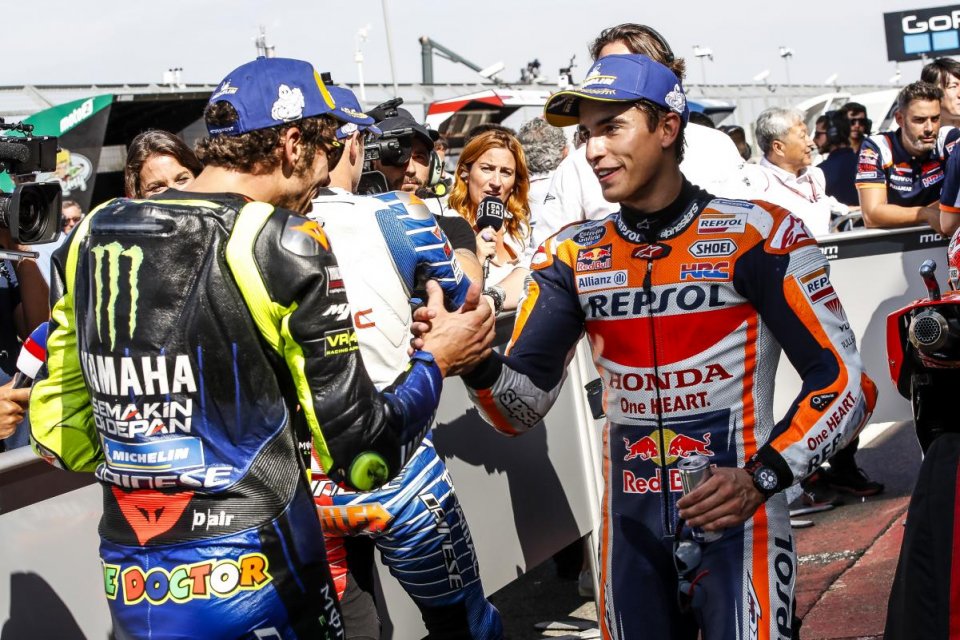 There are those riders who have hung up their helmets, others who have decided to look towards other shores, those who have seen fit to take one step backwards and others who have changed team colours. Welcome to the 2021 MotoGP world championship, the one that has seen the generational change reach its peak.

It’s a journey that began about five years ago and which over time has led to a real transformation of the paddock. We have had to say goodbye to riders of the calibre of Dani Pedrosa, Jorge Lorenzo and Andrea Dovizioso, without forgetting big names like Cal Crutchlow, Tito Rabat, Alvaro Bautista, Scott Redding and Loris Baz (hereinafter the 2016 entry list).

To have a look at the process that the top class has undergone, we took into consideration the last five years, from 2016 to 2021, that is, the season that is ready on the starting blocks. The most interesting fact, without a shadow of a doubt, is to see that between that year and today only seven riders of the twenty-two are still present at the start. We are talking about Marc Marquez, Valentino Rossi, Maverick Vinales, the brothers Pol and Alex Espargarò, in addition to Jack Miller and Danilo Petrucci. There is no trace of the other 15.

It is also interesting to note that the only rider among these seven who still remains on his bike is Marc Marquez. All the others have changed. This is the case of Valentino Rossi, who this year will start over from the Petronas team, or of Maverick Vinales and Aleix Espargarò, who were Suzuki riders in those years, but today they are linked to Yamaha and Aprilia. And what about Pol, who in that season was a Yamaha rider with Tech3, while now he is in Honda alongside the #93. Finally, let's not forget Petrucci and Miller, with the rider from Terni handing over the baton to the Australian in Ducati, after starting respectively with Ducati Pramac and Honda Marc VDS.

As we have said, there are seven who have been able to resist the generational change. So we ask ourselves: where do the other fifteen come from? The answer is simple: mainly from Moto 2. Eight of the current 22 MotoGP riders today were in fact on the starting blocks of the intermediate class in 2016. 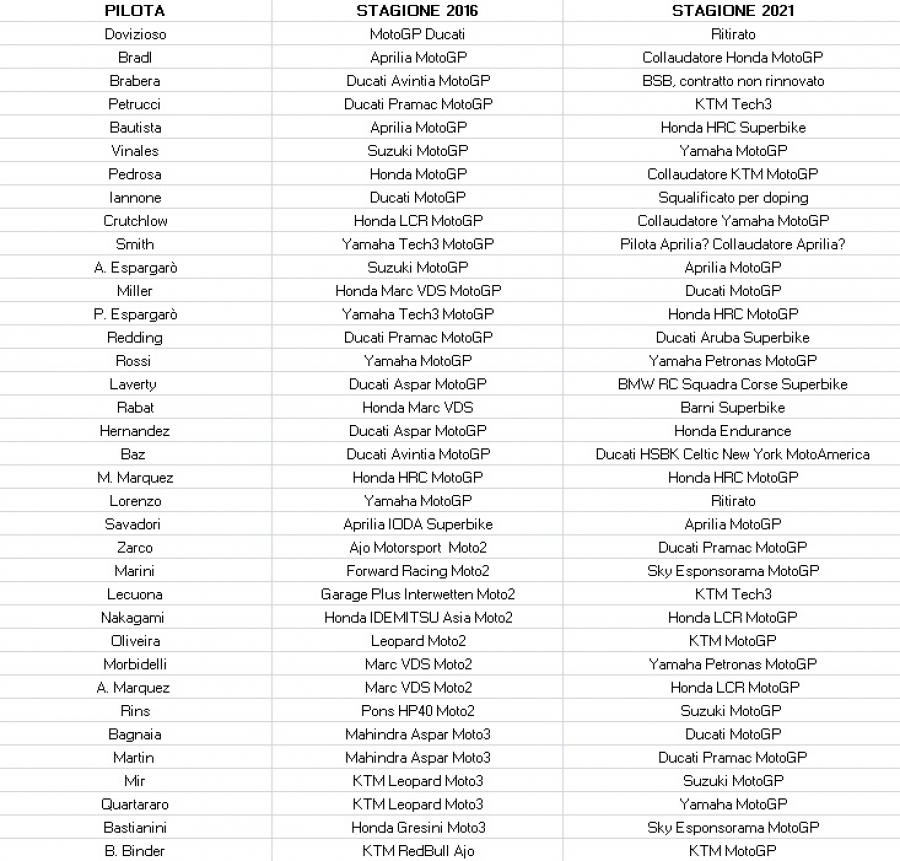 We are talking about Johann Zarco, who in that season was the Ajo team rider, to which we can add Franco Morbidelli, called upon to share the Marc VDS garage with a certain Alex Marquez in that year. Five years later, the Spaniard will find himself alongside Takaaki Nakagami, already then part of Honda with IDEMITSU Asia. We cannot forget Miguel Oliveira with Leopard either, as well as Alex Rins with Pons' team. Speaking of Spaniards, we can also add Iker Lecuona with Interwetten Garage Plus to the list, while to wrap things up there is Luca Marini, protagonist that season with Forward colours in his second year in the category.

We have mentioned eight, there are still seven left. Indeed, six to be precise, considering that Lorenzo Savadori was in Superbike with Ioda's Aprilia alongside Alex De Angelis.

The fact is that the six missing five years ago were getting to grips with Moto3. This is the case above all of Fabio Quartararo. It’s incredible to note that in 2016 the Frenchman was in the minimum displacement category, while this year he is about to embark on his third season in MotoGP. Do you know who the Frenchman shared the garage with that year? Simple, with Andrea Locatelli and the reigning top class champion, Joan Mir.

In that category there were also rivals of the calibre of Pecco Bagnaia, who has become an official Ducati rider, as well as Brad Binder, winner of Moto3 that year ahead of Enea Bastianini and today again rivals in MotoGP, the former with KTM and the latter with the Avintia Ducati. Ah, we mentioned Bagnaia. In 2016 Francesco shared the garage with Jorge Martin, now they find themselves together again in Ducati colours.

Finally, just out of curiosity, here's what those 15 that we no longer find at the start of the 2021 MotoGP season are doing today.

Chrissy Rouse sustained a significant head injury. He was stabilised and put in a medically induced coma at the medical centre by the BSB medical...
3 days 10 hours ago

This is the first time there have been two or more rookies on pole position in a single premier class season since 2006 with Dani Pedrosa, Chris...
4 days 10 hours ago

The video circulating on the web reveals a disconcerting episode in the Moto3 paddock. Tom: “I kept quiet because I wanted to keep my ride. That’s...
5 days 9 hours ago

“I was leaning too much. It happens when you push on a MotoGP. I have injuries all over my body. I’ll have to wait and understand my condition. It’s...
6 days 3 hours ago