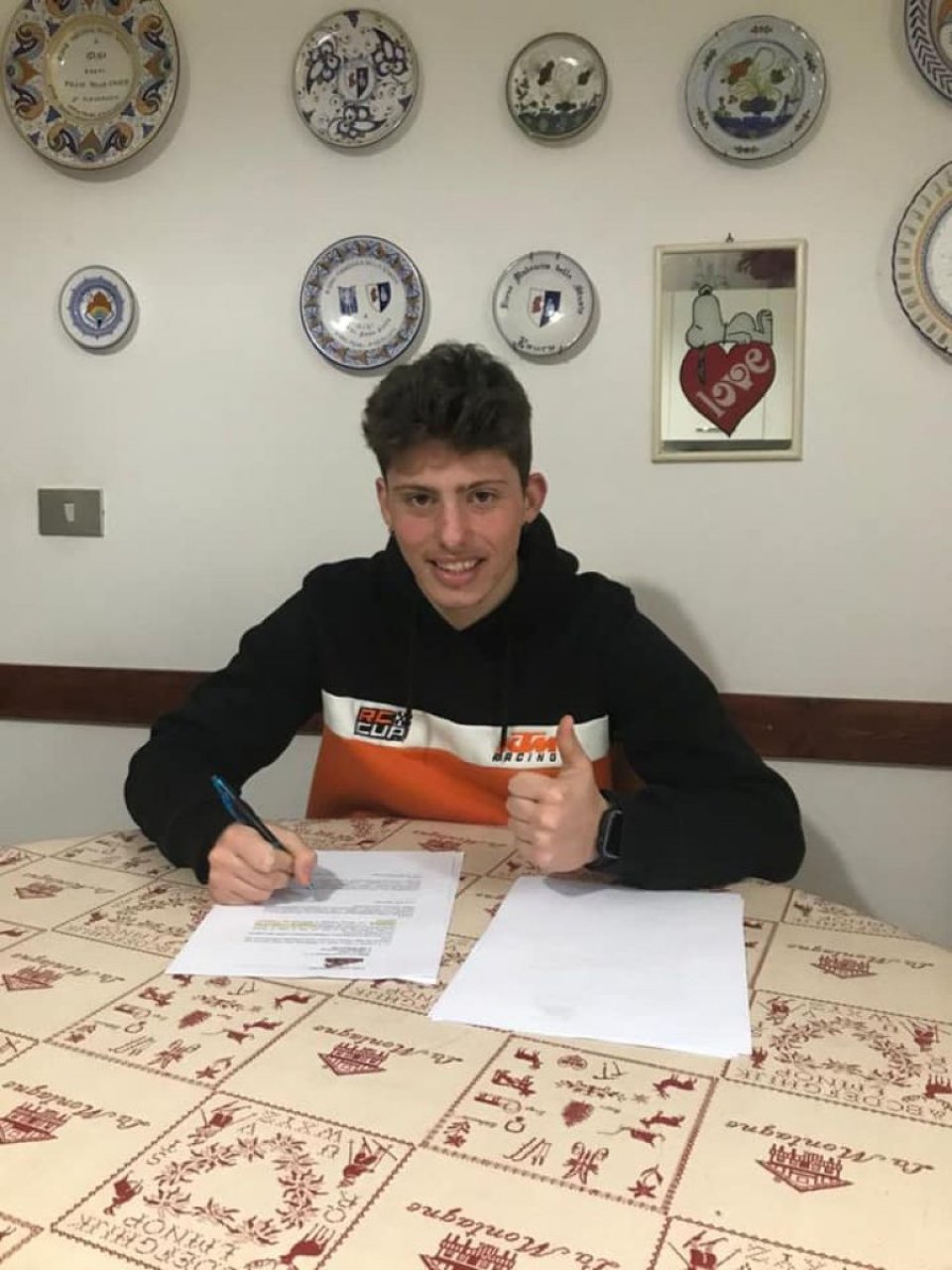 In the world of motorcycling, you sometimes have to step back to then return to the spotlight and relaunch your career. That’s what happened with Omar Bonoli, who will be racing in the CIV SuperSport 300 next season with Team Runner Bike. Riding the KTM RC 390 R, he’ll try to battle it out for the top positions and try to amaze us whenever he can.

Back to his origins

From his experiences in the Red Bull Rookies Cup, CIV PreMoto3, CIV, and World SS300, the native from Lugo di Romagna has returned from a rather negative period, and one where he didn’t get much satisfaction in the Italian Moto3. If, in 2019, he had contributed positively to the development of the unprecedented BeOn, during the crazy 2020 year that just ended, something did not work well: due to various vicissitudes, bad luck, and technical problems, he never managed to express himself at his best on Team Oscar’s Honda. Finishing the season in a 19th position, with a sixth place in Race 1 at Imola as his best result, it was time for a change of scenery for the 18-year-old rider, maybe like returning to a more congenial category like the SS300.

So, Omar Bonoli will be racing in the SS300 of the Italian Speed Championship, where he already got the chance to race for two years, 2017-2018, and he’ll find the same formation and the same bike as his previous experience in the world championship. Despite the presence of many Kawasaki Ninja 400 and Yamaha YZF-R3, the Runner Bike Team defended itself very well last year with only its two KTMs on the grid, thanks to Giuseppe De Gruttola’s and Nikolas Marfurt’s podium and victory. A familiar and well-known environment from which to start over and dream big. The name of his teammate will be announced in the weeks to come.