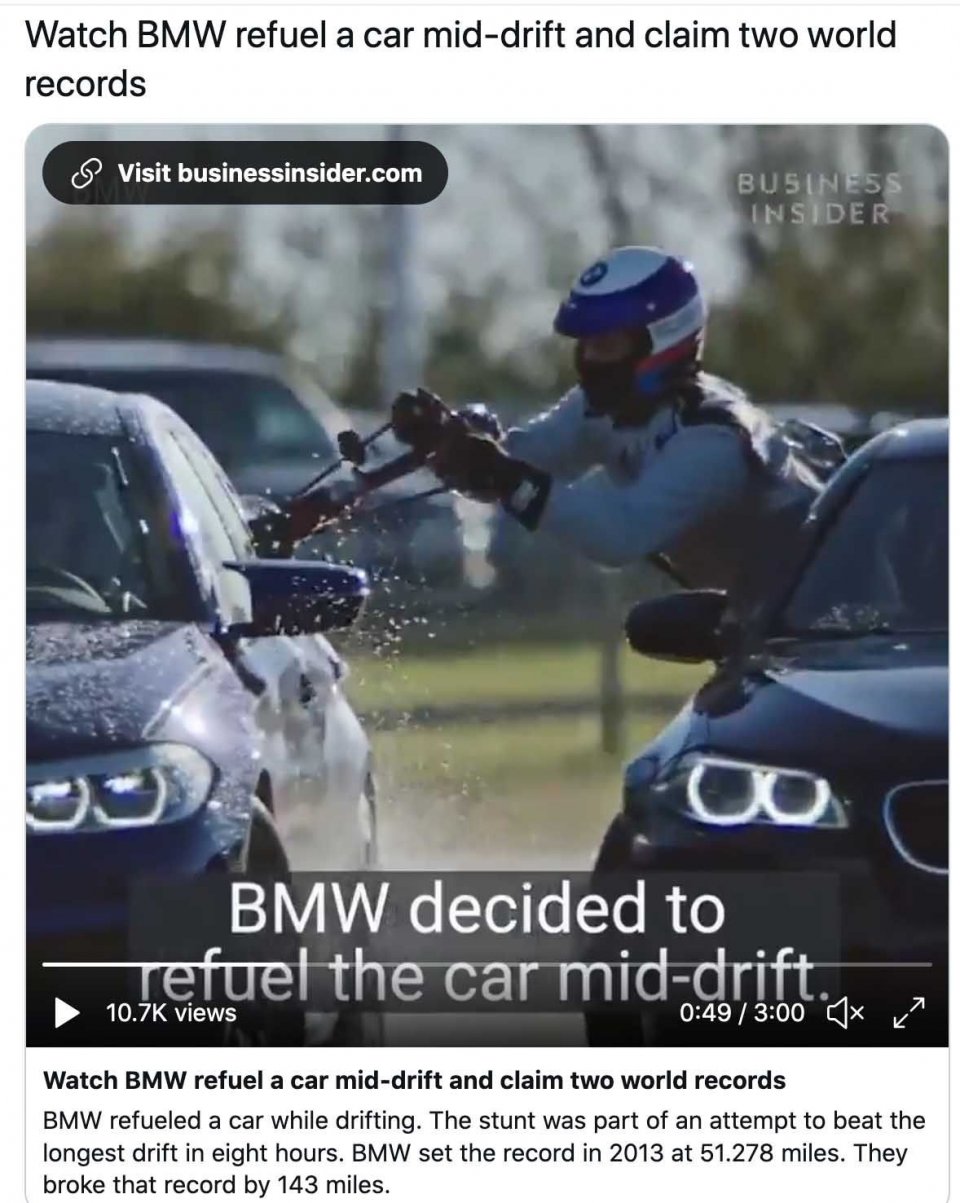 BMW refueled a car while drifting. The stunt was part of an attempt to beat the longest drift in eight hours. BMW set the record in 2013 at 51.278 miles. They broke that record by 143 miles