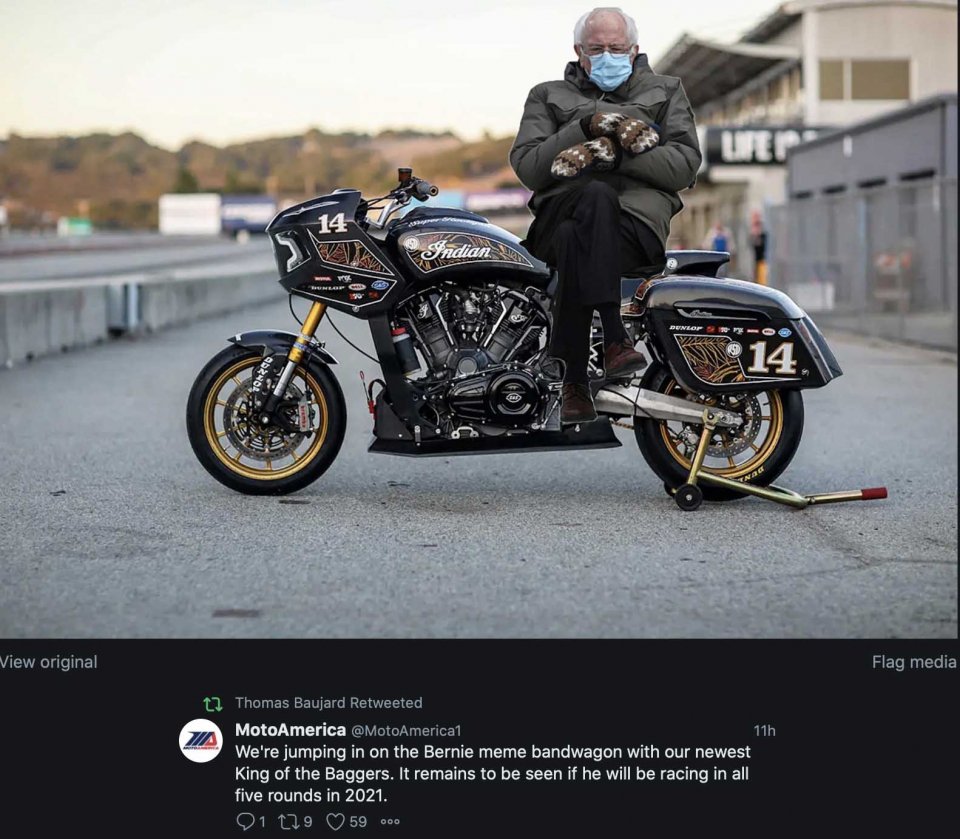 The meme of Bernie Sanders, senator from Vermont, sitting on his Inauguration Day chair, wearing a large brown windbreaker and unconventional gloves has gone around the world.

The 79-year-old former candidate in the Democratic Party primaries has ended up among the protagonists of Sex and the City as well as the actors in Game of Thrones, on the bench with Forrest Gump and even on the famous sofa in Friends.

But that's not all: he was spotted on the moon, on the day of the landing, on the cover of The Beatles' Sgt. Pepper, and now there is even a website that allows you to place him anywhere in the world.

But nobody knew yet that Bernie will be among the protagonists of the new series 'King of the Baggers'. It is not known if he will be a wildcard or if he will participate in the whole series, MotoAmerica ironically explains. This will depend on whether his entry will be accepted for the CIV at Vallelunga. They are discussing it and Bernie is standing with his seat right in front of the entrance waiting. 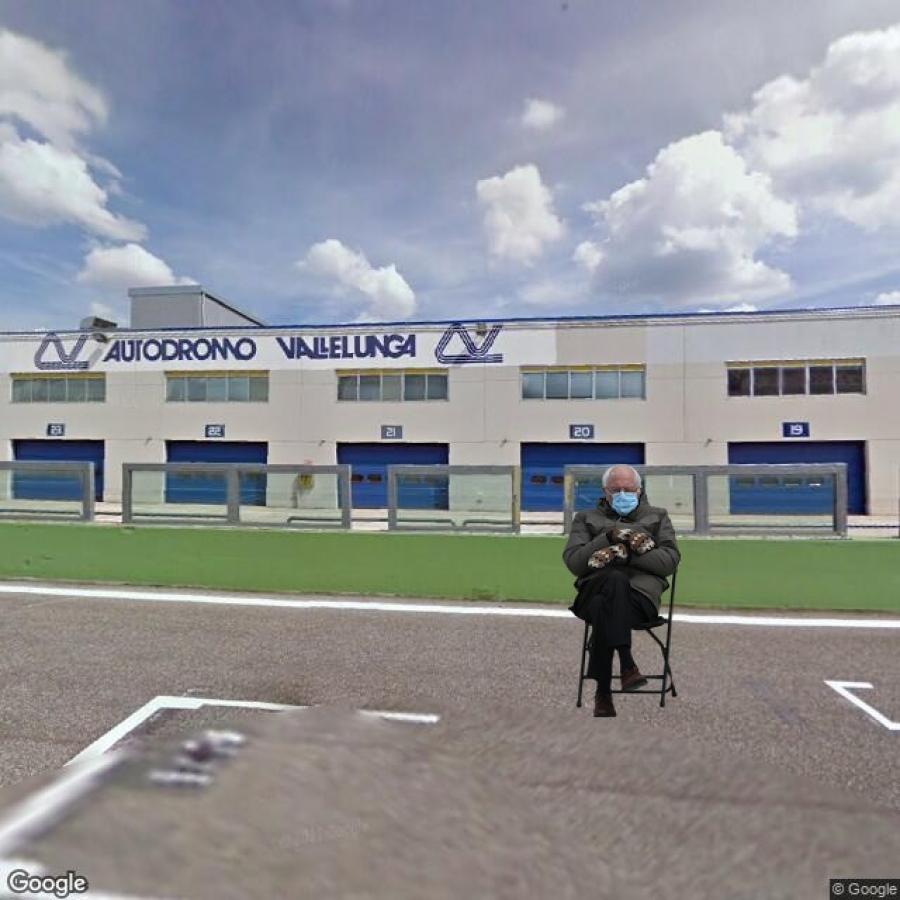 Farewell to Aurelio Longoni, the King of Regina chains

What a risk in MotoAmerica! Max Toth run over like Shoya Tomizawa