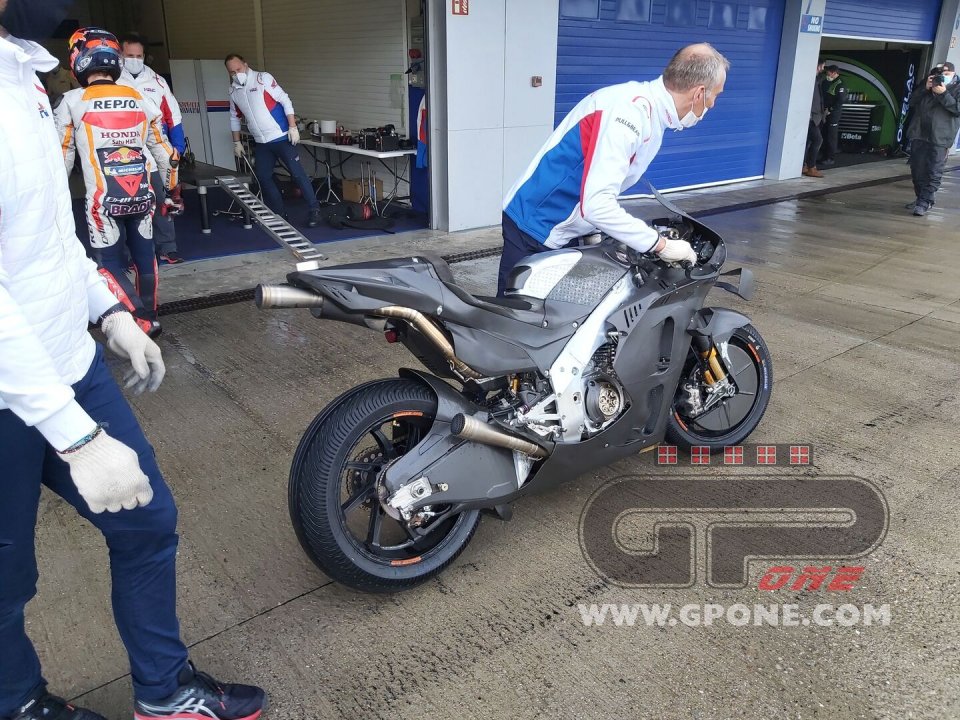 At 3.50 pm in Jerez, the rain started to decrease and a few timid rays of sunshine made their way through the clouds. Stefan Bradl therefore took the opportunity to come out of his garage and show off the new 2021-spec Honda, which will be entrusted to Marc Marquez and Pol Espargarò, as well as the LCR satellite team, which will race this year with Takaaki Nakagami and Alex Marquez.

The latest MotoGP bike from Honda certainly failed to go unnoticed. As you can see from the images, compared to the previous RC213V, you can see a new swingarm, as well as the latest evolution frame presented by the Japanese manufacturer. In fact, we would just like to remind you that, according to the regulations, each team has the right to present a new frame and fairing, despite the freeze on engines.

But the new features did not end here, because there is also a new exhaust, much more pronounced than that of the 2020 version. In short, Honda has certainly not been idle over the winter, so much so that it wanted to get its hand in early and reveal its cards. Now it's up to the competition to respond!

Meanwhile, at Jerez, Bradl completed a couple of laps with the new bike, then returned to the pits with Honda technicians and engineers waiting for him to immediately throw a cover over the new bike.