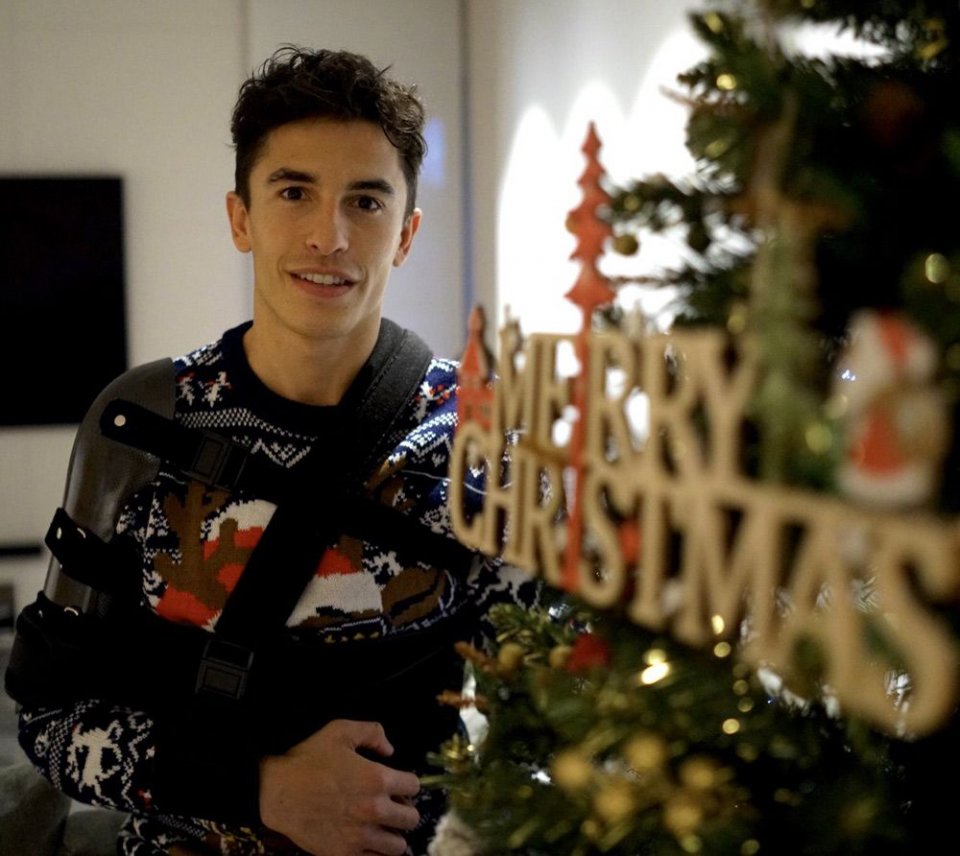 Honda spoke of the “Marquez case” for the first time. They obviously did this in Japan, when they met with the local press.

But the MotoGP will be starting again in less than a month and a half with the Sepang test, and it’s still not clear if Magic Marc will be there.

After he underwent his third surgery on December 3rd at the Ruber International Hospital in Madrid for a fractured humerus, which occurred in the last laps of the 2020 Spanish GP, Marc’s presence in Malaysia is a big question mark.

“Right now, everything is still being decided. We’re keeping an eye on his condition and are working hard to get him the best bike possible for the first pre-season test in Sepang. We have to do everything we can to help him,” was Tetsuhiro Hikita’s response  – during a press conference organized by HRC on Monday in Japan and reported by “AS” – with regard to the eight-time champion's physical condition.

After Marc’s third surgery, Samuel Antuña, Ignacio Roger de Oña, Juan de Miguel, Aitor Ibarzabal, and Andrea García Villanueva – the team of doctors who operated on Marc in Madrid –  had discovered a prior infection in the lesion, which is forcing him to undergo a specific antibiotic treatment that could significantly delay his return if it doesn't have the desired effect.

“2020 was a real disaster,” Takehiro Koyasu, HRC’s Development Director, admitted for the first time. “The main reason was that we struggled to get the new Michelin tire to work from the first winter tests but, with the situation created by the coronavirus pandemic, it was impossible to carry on with our test program. Furthermore, we were left without the best capable rider, which determined this year’s result.”

Honda is currently working to improve electronics and increase engine power through intake and exhaust, in order to gain top speed and improve the integration of the RC213-V’s frame with the Michelin rear tire, which has created problems for almost all the teams.

“Marc Marquez is an exceptional rider,” the engineer continued. “But Honda has a duty to commit, both with the factory team and with the satellite one, to work hard to develop a bike that can regain the 'Triple Crown'. We’ve taken into account Takaaki Nakagami’s indications. It’s a fact that Takaaki has grown a lot in 2020, although the progress in his performance is also certainly due to the improvement we’ve made to his bike in mid-season. However, Taka has given us important and significant feedback, with suggestions that were very similar to Marc Marquez’s. We also know that Nakagami has learned a lot from the mistakes made in MotorLand Aragón.”