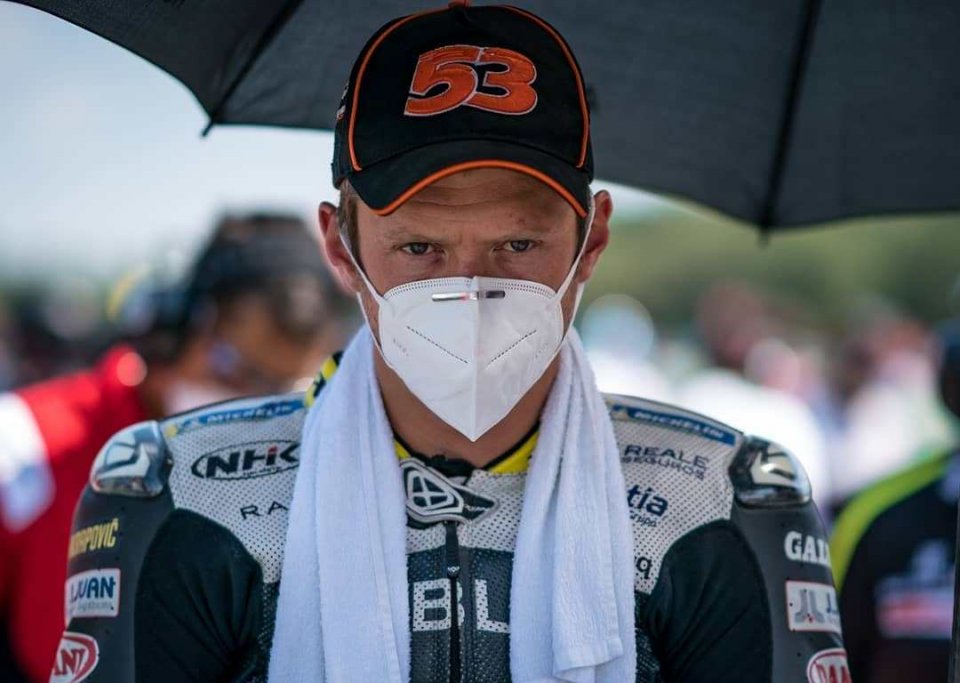 2021 must be Marco Barnabò’s year of redemption, since 2020 left was a disappointment for the team from Bergamo: first, when it had to deal with Leon Camier’s injury, then with its succession of riders, which included Melandri, Cavalieri, and Ferrari.

So the Orobica teamer’s owner didn’t have the slightest doubt about what actions he had to take in the new year. His relationship with the Borgo Panigale constructor became stronger, so much so that Barni was able to rely on a rider like Tito Rabat through this.

Sidelined by the MotoGP to make room for Luca Marini, the Spanish rider accepted this new challenge, despite doubts and questions. Once the rider confirmed, Barni chose to meet all his requests.  As we mentioned months ago, the Barni team’s Ducati V4 will be using Ohlins suspensions this year, the same that both Redding’s and Rinaldi’s official Ducatis will mount, as will Chaz Davies’ Go Eleven team. All this while Barnabò bids farewell to Showa that, as we all know, is lining up alongside several teams in the World Championship, such as the factory Kawasaki: “We spoke to the constructor and rider, and we had no doubts with this choice,” the team owner stated. “Tito knows the Ohlins well, given his experience in the MotoGP, so we wanted to put him in the best position possible.”

But there’s more. Rabat will be riding the Panigale V4 version 2021 this season, namely, that used by Redding and Rinaldi, and also Davies, and he’ll be able to rely on the same type of technical material, just like the official riders.

The debut on the track will  be in Jerez, January 20th-21st, organized by Kawasaki. However, on this occasion, Tito will be riding the Panigale 2020 version, since the 2021 will be used later on. In order to become familiar with the bike, the Spanish rider will take part in a two-day private test in Portimao on Saturday and Sunday with the road version, the same he’ll be riding in Cartagena after Andalusia on Wednesday and Thursday.