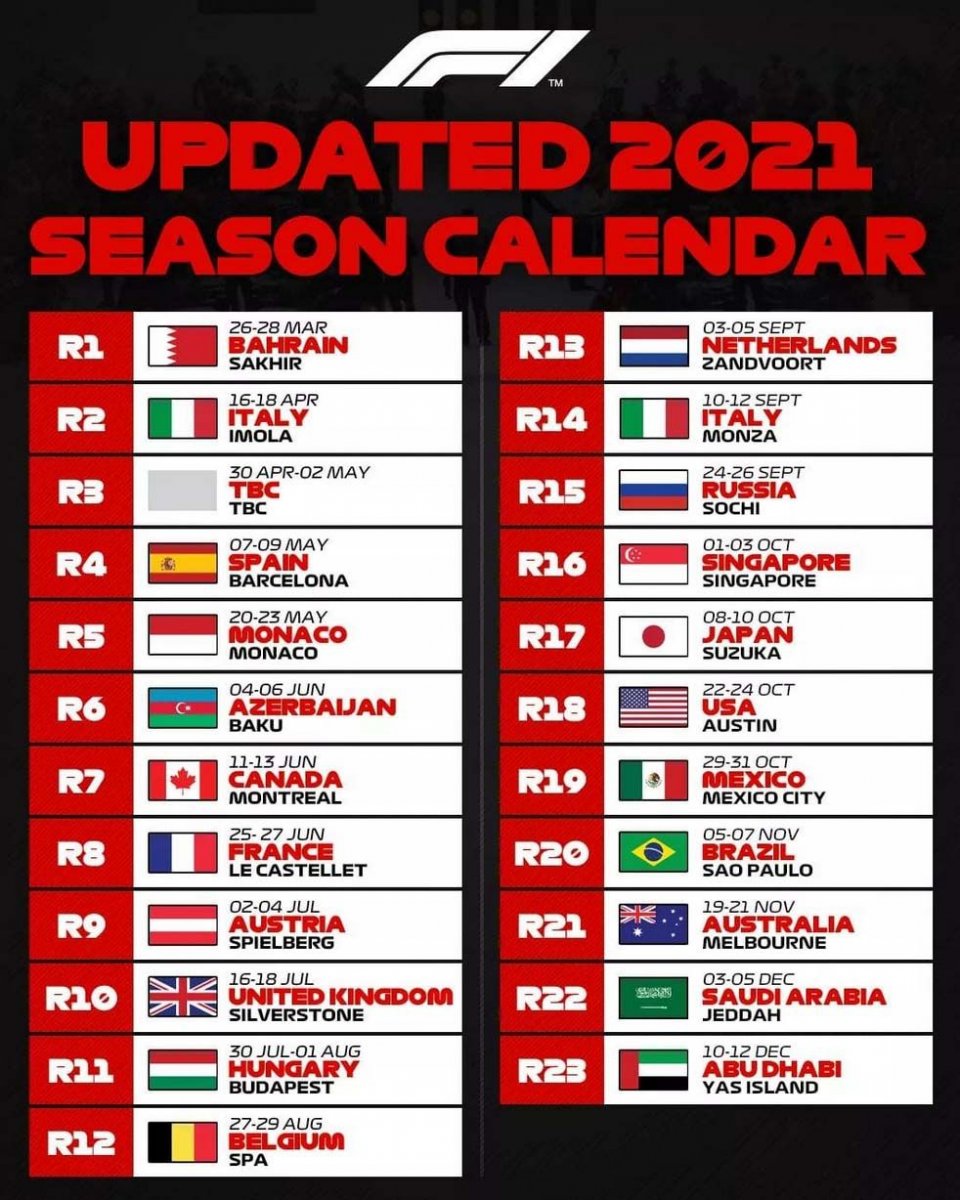 Less than a month and a half before the Sepang tests, the calendar published by Dorna is already ready for the first changes, which were also expected.

At risk, in addition to the Malaysian tests, as you can read HERE, also the second and third races, in Argentina and the United States, which could be replaced by a Losail 2, as we wrote last October, and by Portimao, convenient to continue then the series in Jerez.

Meanwhile, F1 has already postponed the 2021 dates due to the ongoing Covid crises, postponing the Australian and Chinese GPs, which were due to take place in March/April. They will be replaced by the European GPs, Imola and possibly Portimao.