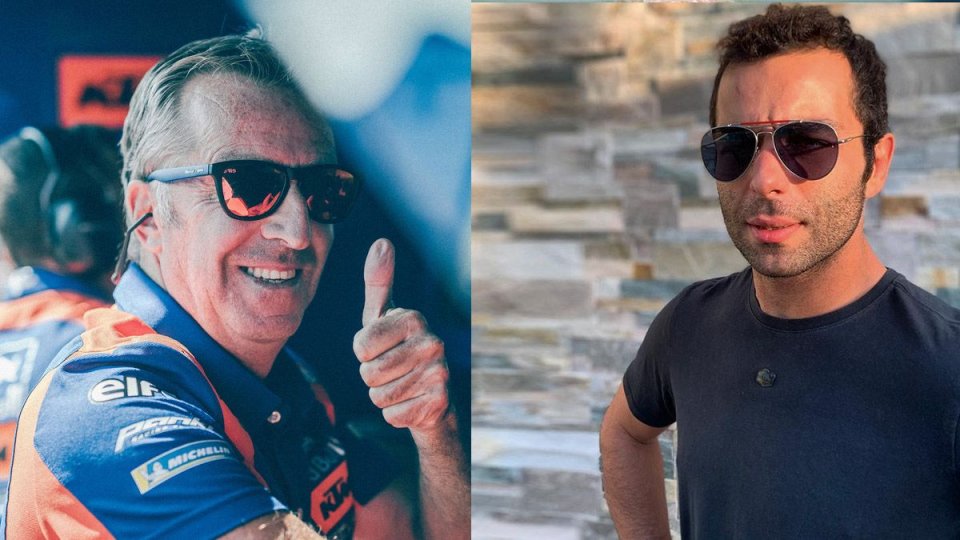 This is the second part of the interview with Danilo Petrucci during our Live broadcast that you can see HERE. In this second part we talk about the future of the Terni rider, who can't wait to get on the KTM. From the first approach in May to the first real contact with the Austrian bike, even with the engine switched off, these are all the emotions of a Petrucci who is ready for a new and important challenge of his career, with the aim of returning to fight in the championship for the top positions.

How is your physical preparation going for the start of the world championship?

"At the end of 2020 I had started to feel a lot of the after-effects of the Jerez test crash. I had been very scared, I had also lost consciousness in that crash, the bang was really strong. The last race in Portimao was really hard, because my right arm seized up, it felt like it was marble. In that crash at Jerez I picked up two hernias that affect the information coming from the nerve of my right arm, which is obviously essential for a rider. I did a lot of analysis, I couldn't do motocross anymore. This month I went to Milan to get myself back in shape and just today I got back on the bike, I went on a small enduro track and I finally felt very good. I am of a certain age now! "

For the first time you are wearing KTM colours. How do you feel in orange?

"It was very exciting to put on a KTM sweatshirt. I had never worn their colours before and I must say it was very nice. When I first went to KTM in May, I wasn't expected to sign. I just had to know the bosses, but we liked each other a lot on a personal level and that was decisive. Last year we did some ergonomics tests and a wind tunnel test, and I always liked them. They rely a lot on my experience, they have three young fast riders, I'm the one I would call the most mature of the three. They have a lot of faith in what I can give them after so many years in MotoGP. I got on the bike three times, but it was always switched off. I can't wait to get on it, at my first KTM track test". 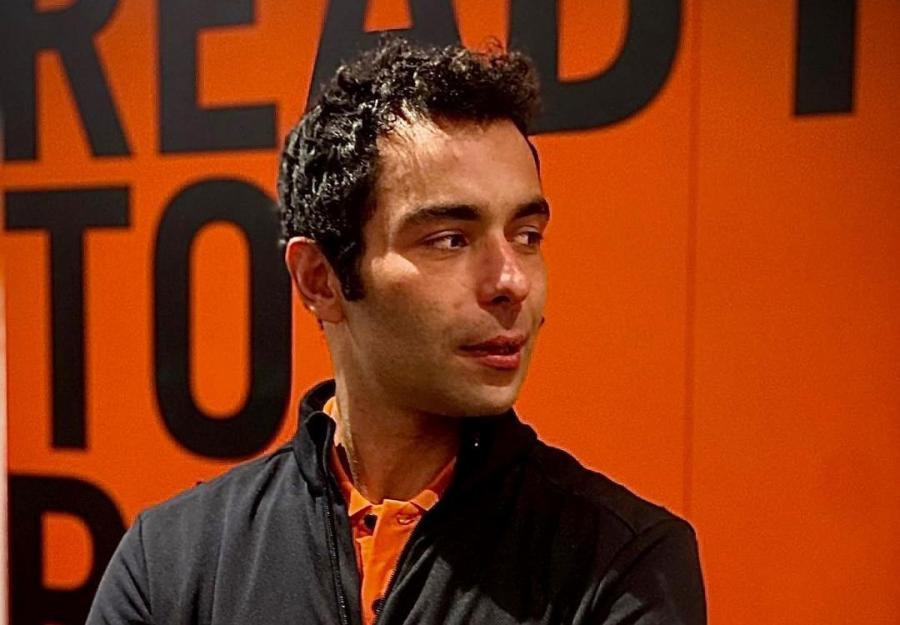 How did it go the first time you got on it? Is it very different from the Ducati?

"I was very worried that the bike was small for me. Instead I immediately found nice ergonomics. For sure, in terms of shape, aerodynamics, they have a different concept than Ducati. The windshield is smaller, but we had a long day in the wind tunnel in Cologne to get things right, I was very happy. The bike is big, it’s okay. Lecuona is also quite tall, while Binder and Oliveira are smaller. They will certainly be very fast on the straight. "

Did you prepare differently from a physical point of view?

"It is no secret that I have a particular physique, the period in which I am leanest is the winter. When I am not racing and I don’t do intense workouts I tend to lose a lot of muscle mass. I am quite inclined as for physique to become bigger. I would be an excellent weightlifter! But that's not my case. I'm preparing at my best, I want to arrive in a really perfect condition, I don't know what to expect from the bike, but I want to be ready ".

Petrucci: "I knew I would go to Tech3 and I'm happy. I've always respected Poncharal"

You will go to Tech3, which has official material but is a satellite team. Do you worry that you haven't joined the factory team?

"A lot of people thought it was a surprise that I wasn't in the factory KTM team, but I already knew it in reality. I expected it and it wasn't a problem for me. I just asked to have an updated bike like the official one at 100%. It absolutely doesn't bother me to be in Tech3, quite the contrary. Hervé is a person I have always respected, he welcomed me very well in MotoGP when I was Mr. Nobody. He has always been kind, nice and everyone has always spoken very well of his team. I can't wait to start working there, then the colour of the bike doesn't really matter. "

Maybe in the factory team there is just more pressure.

"Of course, the two riders of the works team have even more pressure, because they have to win. They can't risk being beaten by us in the satellite team. On the one hand you have more pressure, but also the full support of the manufacturer. I imagined things would go like that because Oliveira deserved it, he proved it extensively in 2020. Brad is also very fast, he won in his third race. In my opinion what they have done is right, now I only have to be as fast as the official team riders and maybe even faster.”

Petrucci: "Marquez's absence was decisive, he was doing another sport at Jerez"

2020 was just weird. For some, the new Michelin weighed heavily, while for others, like Francesco Guidotti, it was the absence of Marquez that upset the values ​​on the track. What idea did you have about the season

"In my opinion, both the new tyre and the absence of Marquez had their effects. Marc's absence upset things a lot. When you begin to dominate a world championship, you lose a bit what is the battle for the second, the third or fourth place in the standings. This year has actually become the battle for first, second and third place. When you get on the bike you can feel the difference with the tyre, it favoured other bikes over Ducati, such as Suzuki and Yamaha. I struggled a lot with the new Michelin, it was difficult to understand how to manage it, only after Barcelona did I find a good balance. I struggled, I never found my bike again, the one with which I had won and had been strong since 2017. Even in the tests it was clear that a lot had changed for the tyre. I think the 2020 world championship is the result of these two things. Marquez in the race he did at Jerez was doing another sport, it seems clear to me. "

What goal have you set for this first season in KTM?

"It is clear that the goal is to be competitive again in the championship, to fight for the positions that count. I would like to win races, but we know that making predictions is difficult. This year few people would have foreseen Mir's victory, even though everyone had already seen his enormous talent. I would like to win at least one race with KTM also because only the best MotoGP riders have won with two different manufacturers. I think that is my goal, in the last two years I have won at least one race, I'd like to do it again in 2021. But I want to get on the bike first! ".