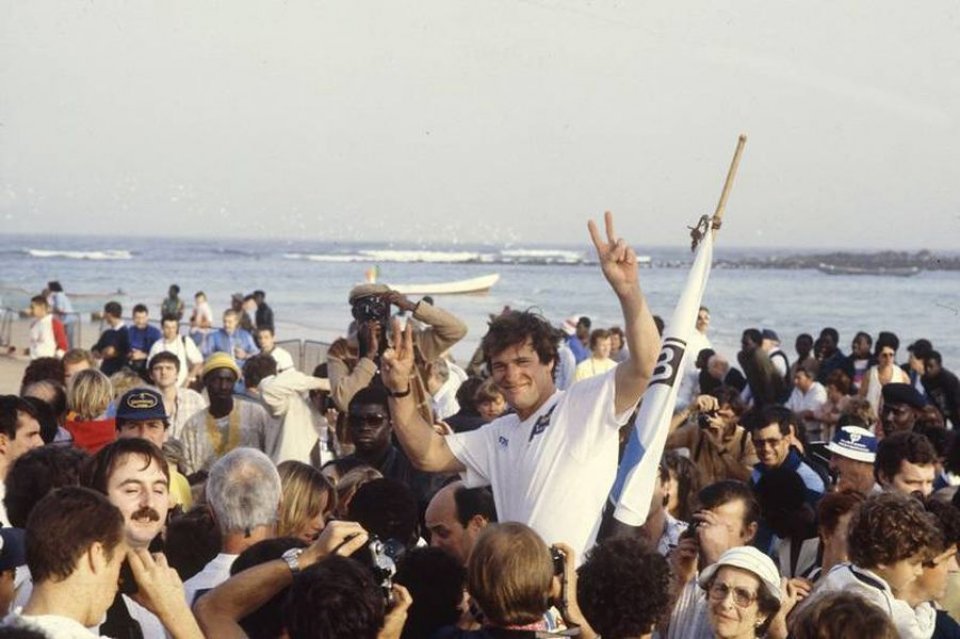 “Hubert Auriol was a gentleman and a friend, a person who taught me a lot, especially in external relations. He was always smiling and ready with a joke”, was how Carlo Pernat remembers the King of the Dakar, the first rider to have won it both on two and four wheels. One of the mythical figures of that raid surrounded by legend.

The relationship between Pernat and Auriol was not just professional, a friendship was born on the African tracks over the years.

"I was in Aprilia when I was invited to a TV broadcast in Paris, on the Monday after the Le Mans Grand Prix - Carlo continued - After recording, it was around 11 pm, we thought of calling Hubert to go and grab something to eat altogether, in those days he had a restaurant. He replied that he was already in bed, got dressed and came with us to eat a pizza ”.

Their rapport began when the French rider was hired by Cagiva to race the Dakar.

“I was introduced to Auriol in 1985. He was already a legend and it was important for us to get sponsorship - continues Pernat - I remember Ligier told me to go to the Tour Elf in Paris, guaranteeing us that they would give us the money for the sponsorship. I didn't believe it, but we went anyway: they offered us lunch and then we went to the private cinema to see some videos of the Dakar. In the end they told me: here is a billion for the race. It was thanks to Hubert that we got it”.

Hubert, born in Addis Ababa, knew the secrets of Africa and jealously guarded them.

"His ace up his sleeve was Mauritania, although I never understood why - confessed Pernat - Practically there, in every stage, he was half an hour ahead of everyone. I asked him how he did it and he replied that he was following the tracks of the animals ”.

The adventure with Cagiva lasted 3 years, but fate deemed that it would not be crowned with success. In 1987 it faded away when victory was in the bag.

"We had practically already won the Dakar, we had an hour and a half advantage at the start of the last stage, which is usually an easy run on the Lac Rose - the memory of that day is still vivid in Carlo's mind - It all came about the night before at the bivouac. During the final stage, we went over some disused rails and Roberto Azzalin, the crew chief, and Auriol argued over whether or not to use mousse for the tyres. I don't remember what they decided, but it was Hubert who won, but then during the stage he punctured 3 times ”.

The misfortune wasn't over…

"He then told me that he had knocked his ankle against a sort of hidden bush, on the other side there was a stone and he also bumped into that. The two ankles were open, we couldn't even take his boots off, I never understood how he managed to ride another 30 kilometres in those conditions. One thing particularly impressed me. We had loaded him on the helicopter that would take him to the airport from which he would then leave for France. Hubert was crying and repeating to me: "tell Castiglioni we beat Honda". That was one of the few times in my life when I couldn't hold back the tears ”.

Even after that defeat, Hubert didn't give up…

“Auriol was very professional. Claudio organized a private flight to Paris with some journalists to visit him in the hospital. Hubert received us with the team shirt, not with the hospital gown. He was one of the people who mattered the most in my life and career, I learned a lot from him” concluded Pernat.