It’s going to be a bit of an uphill struggle for Valentino Rossi, Luca Marini and Uccio Salucci at the Gulf 12 Hours in Bahrain. Qualifying did not go in the best way and the crew had to settle for 8th place on the starting grid, penultimate among the GT3 cars.

For the 12 Hours of the Gulf the qualifying format included three rounds of 15 minutes, each with a different driver on board. To determine the starting grid, it was not simply the fastest lap, but the average of the fastest laps of the three drivers. It is therefore not only important to have a leading driver who sets the time, but that all the crew members are fast.

At the end of the three sessions, the average time was 2'01.585, which earned them 8th position at the start.

The first to take to the track in Bahrain for the Monster VR46 Monster Kessel team was Alessio Salucci who put his Ferrari 488 GT3 in 7th place with a time of 2'02.289, just under 2 seconds slower from the benchmark time of the session (2'00.301) set by Edward Jonas in the McLaren 720S.

Luca Marini sat in the Ferrari for the second session, in conditions clearly different from the first, with the night already falling on the Bahrain circuit. Luca set the 5th time of the session with a best lap in 2'01.098, just under a second and a half from the best (Martin Kodric, with 1'59.636).

Valentino Rossi, last to get behind the wheel, was unable to improve the team's position. In his first lap he found traffic in the last part of the track, then he did not particularly stand out, stopping the clock at a time of 2’01.370, a time higher than that of Marini. The best time of the session was by du Barnicoat in 1’59.636. 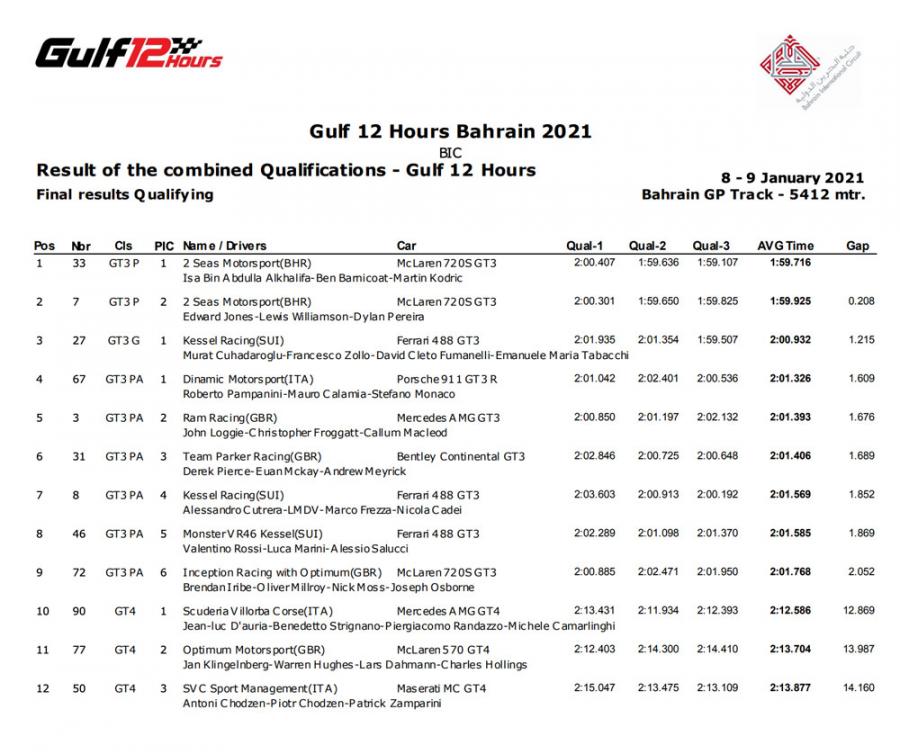