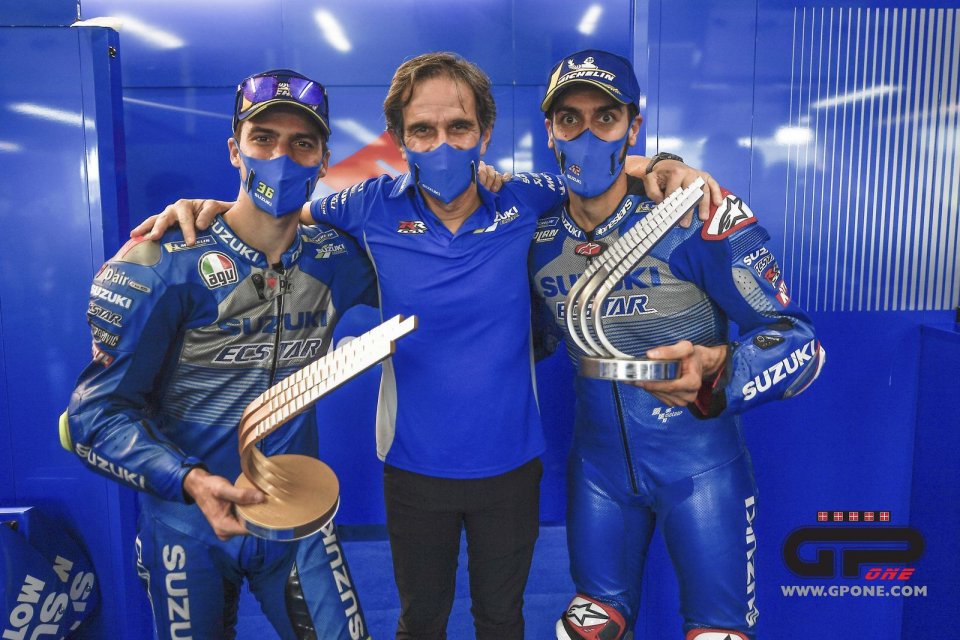 Davide Brivio has always liked challenges, especially those with a high risk of difficulty. He has faced them all, with the right amount of humility and an awareness of his abilities, and often and gladly won them. It is not so strange that Formula 1 has noticed him, especially after the masterstroke he has completed with Suzuki. From zero to the world title in just over 6 years. “We didn't even have a screwdriver” Davide likes to repeat.

A story born from nothing and which has reached the top, very reminiscent of that of Brivio himself, who began his career in SBK. It was 1990, the team was the one in which Fabrizio Pirovano was racing, and Davide improvised as press officer. His qualities immediately came to the surface and he soon became the team coordinator and then moved, from 1995 to 2000, to the top management position of the official Yamaha team for the production-based championship.

2001 was his first year in the world championship: naturally with Yamaha, 500s and Noriyuki Haga as rider. So far his CV was already the right one, but the best would come a few years later, in MotoGP and with Valentino Rossi.

Davide was one of the people who convinced the Doctor to abandon Honda and choose Yamaha, a story full of success. Together, Brivio and Rossi won 4 world titles from 2004 to 2009. His relationship became increasingly close and when Valentino left Yamaha for Ducati, the manager also followed him. He became a consultant to the Doctor and VR46 for 3 years, from 2010 to 2013, then he received a call from Hamamatsu.

That fascinating and crazy proposal at the same time was to bring Suzuki back to MotoGP and turn it into a winner. The Japanese understood that David was the right man and gave him carte blanche. The racing department was in Japan and the team headquarters were in Italy, a blend that has proved to be a winner.

Davide rolled up his sleeves and, together with his inseparable brother Roberto, they made what looked like a dream team emerge from nothing. Often going against the grain with their risky decisions, such as that of focusing only on young riders, not giving in to the temptation of signing current or past champions to climb the Olympus of MotoGP. It seemed an impossible undertaking, instead it has proved to be an extraordinary success.

Thanks to the riders and technicians, but Brivio's touch has always been clearly recognizable, creating what has always been called a 'family'. A team not in name, but in fact, in which everyone followed their captain to the goal.

Thinking back, it was only a matter of time before Formula 1, the elite of world motorsport, noticed him and – of this there is no doubt – before Davide wanted to embark on a new and difficult adventure. Also because he has always liked 4 wheels and his past as a navigator in rallying alongside Roberto is proof of this.

From next year he will find a new world and a champion like Fernando Alonso – we are waiting for a confirmation or what would be a sensational denial – but motorcyclists everywhere already know who to cheer for.