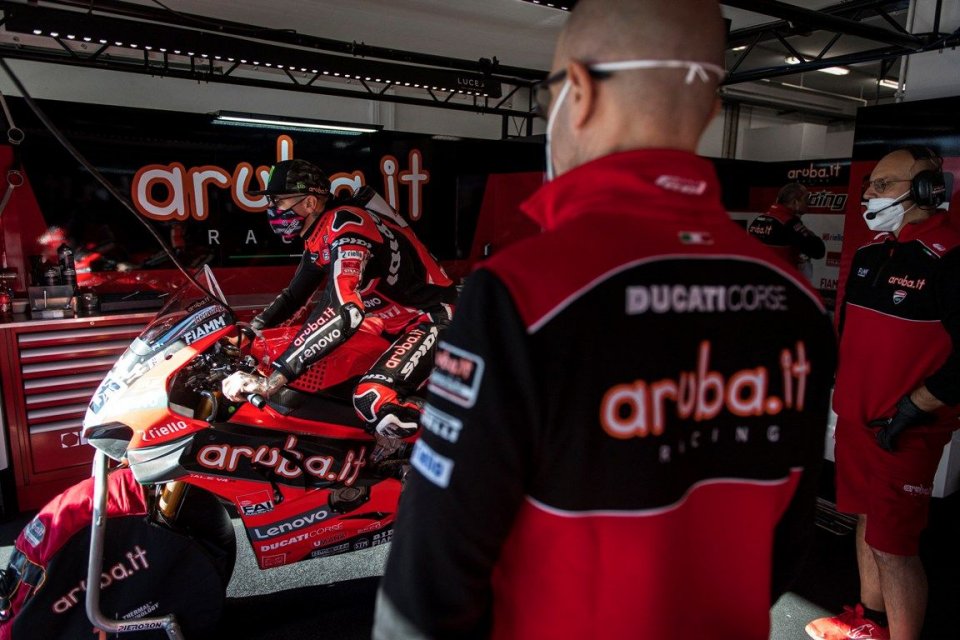 In the last six years, Johnny Rea has proved to be a Superbike Cannibal. And all his opponents, those who tried to put a spanner in his works, then ended up licking their wounds, including Chaz Davies, Marco Melandri, Alvaro Bautista, and Scott Redding.

These were the riders the Borgo Panigale constructor was betting on to achieve the world title without, however, reaching that goal. With Chaz, every attempt went wrong while, with Alvaro, they came close to a kind of suicide, or something very similar. Finally, there was Scott, a rider that Johnny was slowly preparing, and who he then knocked out in a minute. Actually, rather than knocking him out, Redding knocked himself out on his own.

But how it ended, really doesn’t matter. What’s important is that there is very little one can do against Rea also because, as we wrote some time ago, he’s one of those who never make mistakes. Even less than a constant rider, like Marc Marquez was, does.

So, if Borgo Panigale can’t beat the Cannibal one on one, they’re better off trying with some “teamwork”, even if there are few mutual favors to meet.

In the year that just ended, Redding figured out what it means to compare himself with the Northern Irish rider, while Rinaldi got a taste of it for the first time during his experience with Go Eleven. We certainly don’t expect to see the young rider from Romagna in Arbua’s garage fighting for the title during his first year. If anything, we hope to see him constantly fighting for the podium.

That’s why they tried at all costs to keep Chaz Davies who, in the final race of last season, seemed to be the one who had it in the most for the Cannibal, to the point of closing behind Scott. Even if he’ll be in the Go Eleven garage, the Welsh rider will be treated like an official rider, as if he were in the Aruba garage… all accompanied by a great desire for revenge.

Finally, there’s Tito Rabat.  2021 will be a year to experience in the Superbike for him but, at the same time, we’re convinced that he’s not going to particularly suffer switching from the Ducati MotoGP to what is considered a road MotoGP, or the Panigale V4.

With these four, Ducati will then try to blow the bank by focusing on a sort of “teamwork” strategy, with the aim of putting pressure on and making things difficul for Rea, stealing points away from him. In all this, Johnny risks ending up alone again, against everyone, as he has been for many years. In fact, they’ll have to figure out what Lowes’ contribution will be. He was the star of an encouraging start in 2020, and then he faded. The British rider is joined by Lucas Mahias in his debut on a bike to be discovered, after his adventure in the SuperSport. While on the Pedercini front, developments with Loris Baz are expected.

Yet, we’re convinced that Johnny is not looking for allies, but they could come in handy for Ducati.