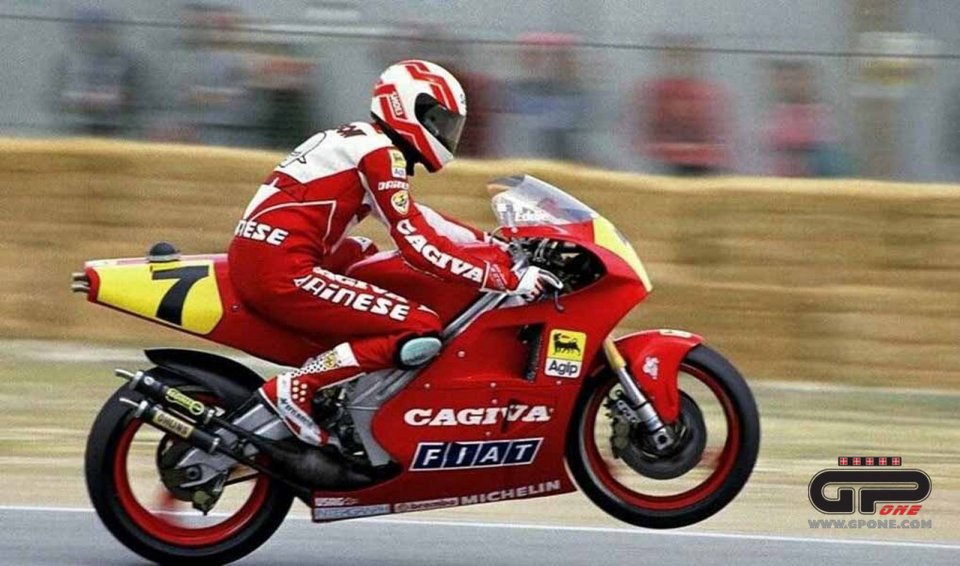 The interview with Eddie Lawson that appeared on the MotoStarr YouTube channel continues. HERE you can find the first part. Eddie expresses his opinion about whether or not the young American riders can have their say in the 2021 World Championship.

“You wish the best and you hope the best (for Joe Roberts and Cameron Beaubier, ed.) but I don’t know, it's the team and the bike so much now. When we were racing on the 500s, you could just take a bad bike and ride it to the front. Today I think it’d be tough to do that so hopefully they have the right equipment to get them there.”

Lawson: "Roberts was instrumental in bringing me to Europe, he said to me: I think you're ready. Then I tested the 500 in Laguna ..."

“Kenny was instrumental in bringing me over to Europe. He said to me: I think you are ready for the 500s. I thought I was till I rode a 500! It scared the piss out of me. We went to Laguna and I rode a 500: I got on the gas, it just went straight up, I slammed the throttle, grabbed the brake and my head went in a bubble. I thought ‘I signed a two-year contract to ride this bike, but there’s no way I know how to ride it’. But Kenny said ‘you can do this so come over’. Basically he took me under his wing. Kenny’s great, he’s always messing with you and joking, but when it comes to 500s and being serious, he never held back anything. When we did debriefs, he brought me in and that accelerated your learning curve. We would come in after practice, Kenny would say ‘I want the back lowered five mil, I want the compression two clicks, third gear changed lower, 50 revs. I knew none of this so I started figuring it out.”

Then Kenny left, moving over to the other side of the fence as team manager ...

Here a rare smile appears on the face of Awesome Lawson, one that reveals exactly why, at the end of 1988, he left the Agostini team… 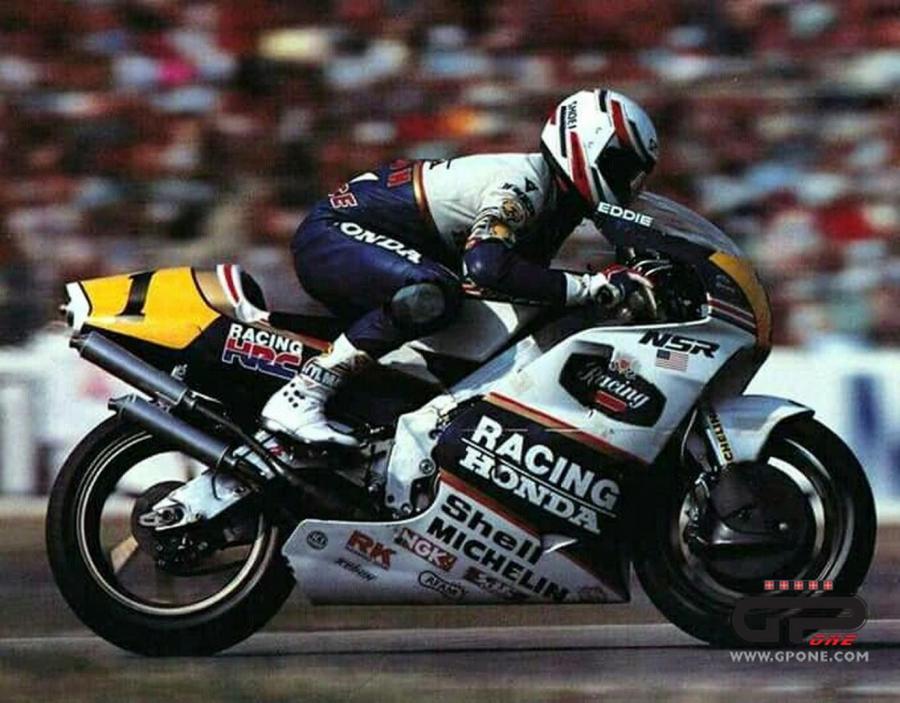 Lawson: "Agostini told me Marlboro had cut the budget so I switched to Honda for half"

“We had just won the championship in ’88 and Ago came to me and said Marlboro had cut his budget so I can’t pay you what I paid you last year. I said but we won the championship! So I flew to Lausanne (Philip Morris HQ), marched straight into the building and asked them why they cut his budget. They said ‘but we doubled his budget!’ So I left and rode for Honda for half. I’m glad I did, it was a fun experience working with Erv (Kanemoto), he was a great guy.”

It was back in 1989. Eddie also won that world championship riding the NSR 500. He was the first to win for two consecutive seasons with two different bikes.

“The Yamaha and Honda were completely different, but the NSR was a good bike. Gardner and Doohan were really bad-mouthing the bike, and Honda thought it was impossible to ride but I thought it was great. They worked hard, and made 13 chassis and 15 races. And the motor was incredible. When they said what are some of the things that the Honda does that the Yamaha doesn’t and vice versa? I said first thing the gearbox is crap, they looked like ‘What?’ In two weeks I had the best gearbox I’ve ever ridden. Honda R&D spent a million dollars, the car department actually did it. We had shift with no lift, it was like an automatic transmission. Honda had the budget, they just wanted to win. They told me that what we did set the stage for their next generation of NSR”.

Nonetheless Lawson changed again at the end of 1989, going back to Yamaha. 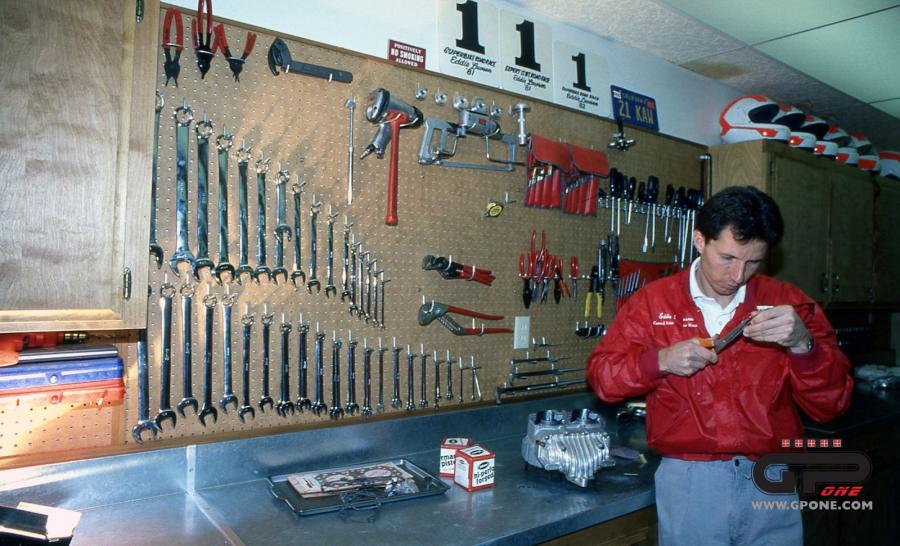 Lawson: "I won the title but Honda didn't want to pay me more than Gardner for a question of loyalty, so I left them"

“Honda came and said they couldn't pay me any more than Gardner: even though he wasn’t paid anything, it was a question of loyalty, they said. But Phillip Morris was triple, even though I did not want to leave Erv. I got run into in the first race, broke an ankle and the second race at Laguna I broke the other ankle. I was out for over half a season ”.

And that was how Eddie got into Cagiva's sights… 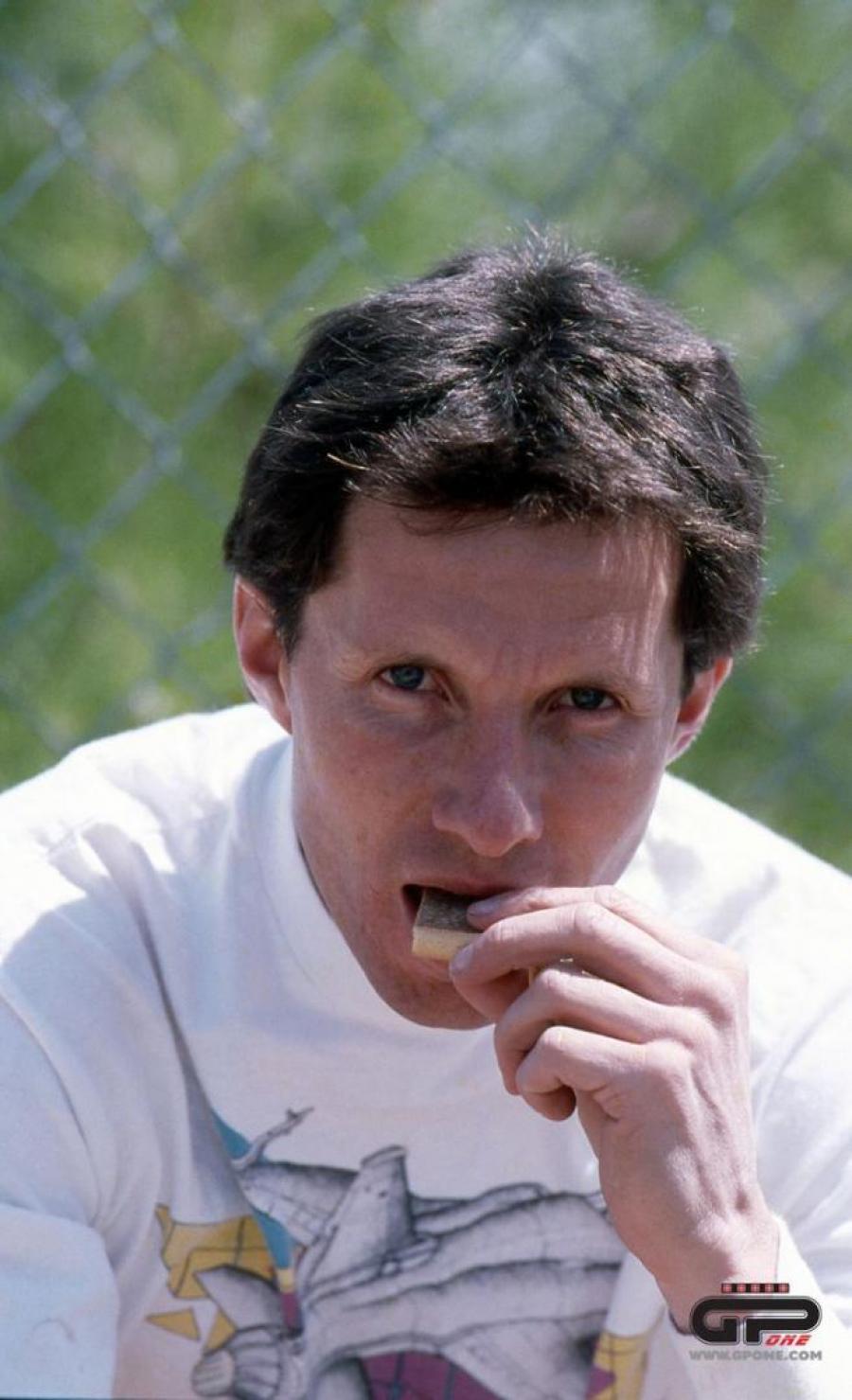 "Lawson:" With the Cagiva I won in Hungary thanks to dumb luck, it was raining, I started with cut slicks "

“I moved to Cagiva the next year. I was ready to retire, I’d had almost ten years of it. When they asked me what would it take, I said: first, a whole bunch of money but secondly you guys have to promise to improve. And they really stepped up with the travel. They had a helicopter waiting for me and at LAX they would take me to my driveway and drop me off. I signed a two-year contract, we worked hard, the bike was still not there but it got better. The engine was super heavy, and lacked bottom and middle power, top power was good. I won a race, in Hungary, but that was dumb luck: I went with some tyres nobody else wanted to do. It was actually raining, I went with cut slicks. Ago was screaming at me on the line, ‘You can’t run those tyres’: I told him to piss off, we put them on, by mid-race it started drying out and I was catching them five seconds a lap. It was different working with the Italians, at the time they had some help from Ferrari, that technology was good and bad because they didn’t know about motorcycles. We got there, and by the end of my two years, it took them another two but the bike was there with the Japanese.”