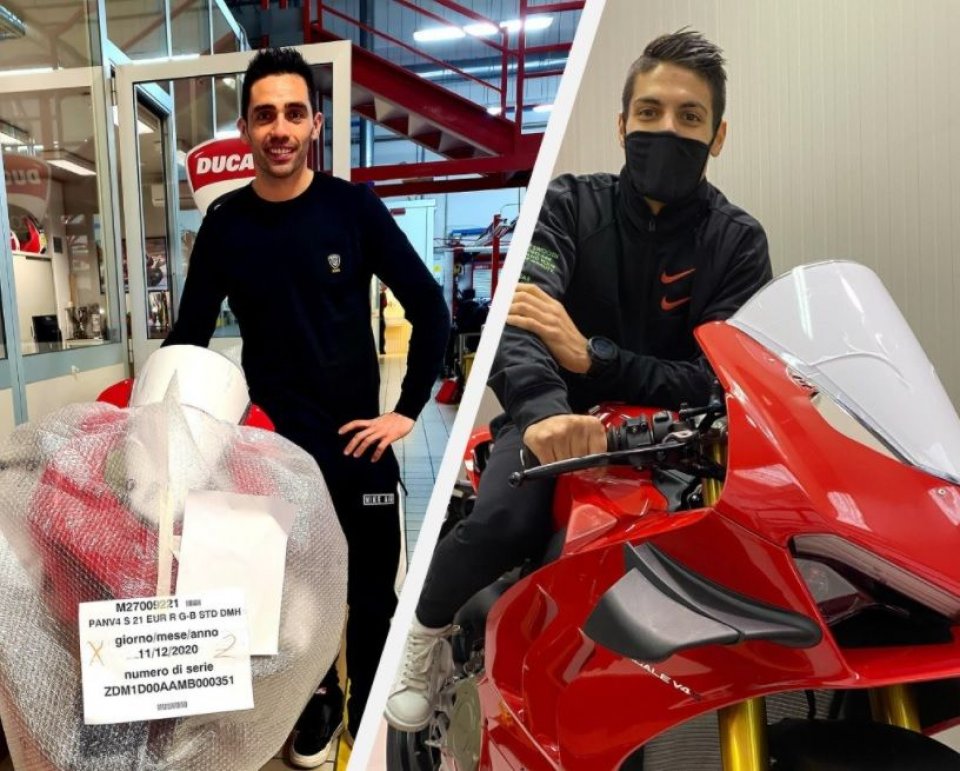 The MotoGP and Superbike have to deal with a long hiatus without races, but the riders certainly don’t give up on keeping fit. In spite of the Christmas holidays, they’ve already begun to sharpen their weapons for 2021, with the Superbike back in action on January 20th-21st in Jerez for the first test of the new year.

On Sunday, January 10th, Michael Ruben Rinaldi will be in action with the Ducati road bike on the Binetto track. Joining him will also be Michele Pirro, test rider for the Borgo Panigale factory, on the track with the V4S, just like the rider from Romagna.

For Pirro, it’ll be a sort of return to his birthplace, since Michele is originally from San Giovanni Rotondo.

Unfortunately, due to Anti-COVID regulations, the day on the track will be closed off to spectators.