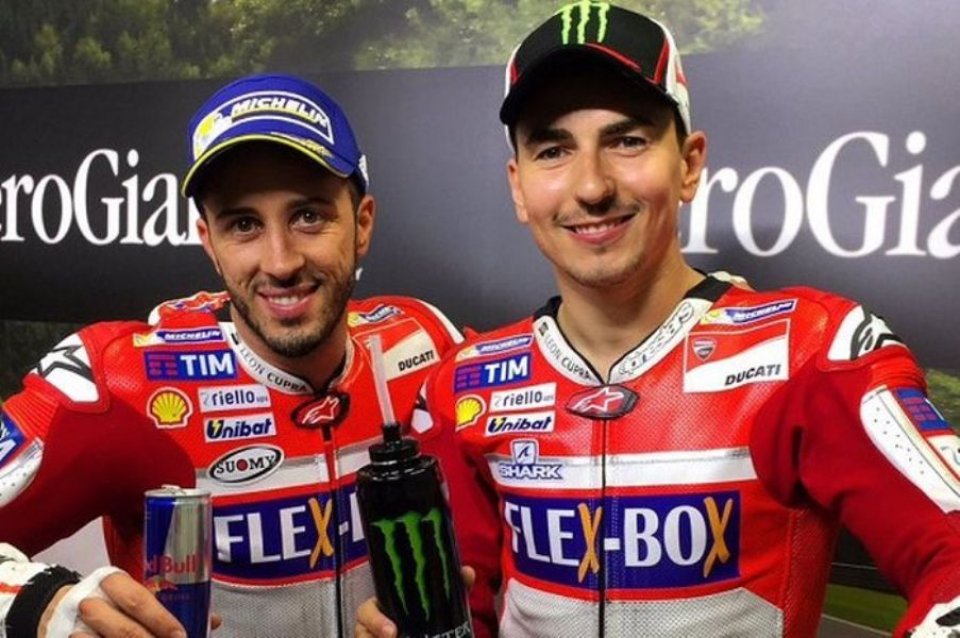 The common saying is that at Christmas we are all nicer people. When it boils down to Jorge Lorenzo and Andrea Dovizioso however, the ‘saying’ can end up on the trash heap as the two ex-Ducati riders have not yet buried the hatchet and continue to niggle and take nasty sideswipes at each other from a distance.

It's behaviour that quite frankly, in our opinion, we find in some ways childish and futile. Still, the two men continue to have a go at each other. Therefore, after what the man from Forlì had said recently, a reply from the Majorcan was immediately forthcoming, this time on an Instagram story: "He was jealous of me since the 250 days, but I still wanted to give our relationship a chance – it can be read - during the first season at Ducati I remember congratulating Andrea on his podium finish and his response was only negative words towards me”.

The #99 then went into further detail: "I understand it hurt him that Ducati decided to bet on me, paying me 12 times more - he added - but the reality is that I beat him several times in Moto2, while after nine years in MotoGP, including the seasons we raced on a Yamaha, not forgetting my second year in Ducati, where I was able to beat him regularly and stay ahead of him ”.

Once again Jorge didn’t beat about the bush with his frank words: “Unfortunately, an injury conditioned my growth path in Ducati. Therefore, "dear" Andrea, you know very well, like the rest of the world, that it is not true that I don't like you, since you only beat me in the first year of acquaintance with Ducati. It was something normal, as was the fact that it would have been if I had beaten you by staying with Ducati for the following years. Merry Christmas!".