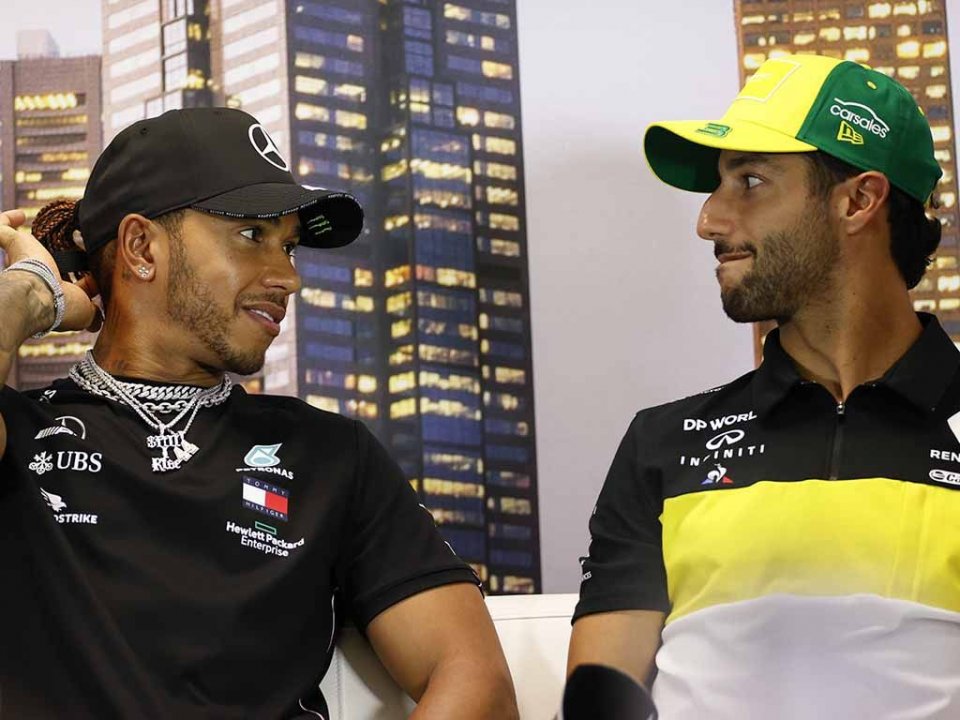 There are races on the track where overtaking, counter-overtaking, and braking reach the limit. Then you have challenges on social media, where everyone aims to do well, also because companies are ready to invest mind-boggling figures just to see their brand appear.

This also holds true for Valentino Rossi who, in the last few hours, was declared the most followed Italian sportsman on the net in 2020.

Despite a year with a bitter aftertaste, #46 can continue to rely on the support of his fans worldwide. For the occasion, we wanted to compare the MotoGP with the Formula 1.

A very simple analysis, also because we’re certainly not a research and statistics center, but we used Facebook, Twitter, and Instagram as a starting point. In fact, remember that our task is to tell you about the races and not what the riders are doing on the net.

The fact is that, comparing two and four wheels, some interesting aspects emerged. Above all, Lewis Hamilton, is once again confirmed as the King with almost 32 million followers. Valentino Rossi, his direct rival in the other paddock, can’t get beyond the 28 million threshold, with a gap of about 4 million.

But it’s Marc Marquez who relaunched, reaching almost 12 million followers, doing better than Verstappen, Ricciardo, and Leclerc. Too bad that, apart from Rossi and Marquez, the MotoGP is in a stump, since those like Vinales and Quartararo fail to reach 2.5 million. In fact, we have to go and ask Dovizioso for help with his 2.8 million followers, despite his retirement from the MotoGP.

The F1 is quite different, where Leclerc, Verstappen, and Ricciardo have well above 5 million.

Of course, there are greater interests and investments in the F1 when it comes to communication, since every driver has companies upon companies committed to seeing to their image. In the World Championship, however, things are a bit more “rustic”, if that’s what we want to call it. Some riders, we don’t want to mention names, are joined by friends or confidants in carrying out this type of task.

There’s one aspect that has particularly intrigued us and concerns young people. In the MotoGP, Fabio Quartararo, defined by many as the anti-Marquez and winner of three races this season, has 2 million fewer followers than Lando Norris, a very talented F1 driver, but one who's still on the hunt for his first success. Not even if we put together Franco Morbidelli’s numbers with those of the Diablo are they enough to get the better of the Briton in McLaren.

Just to rub salt in the wound: the French rider even gets it from George Russell, the Williams driver who replaced Lewis Hamilton in Mercedes in Bahrain. One last point: the MotoGP champion, Joan Mir, doesn’t even reach 500,000 if we consider all three social networks put together.

These are some of the numbers of the races on social networks. The track, on the other hand, is something else.

Friends and rivals: tributes on social media to Valentino Rossi

Quartararo like Rossi in the Mercedes F1 simulator: "Incredible experience...