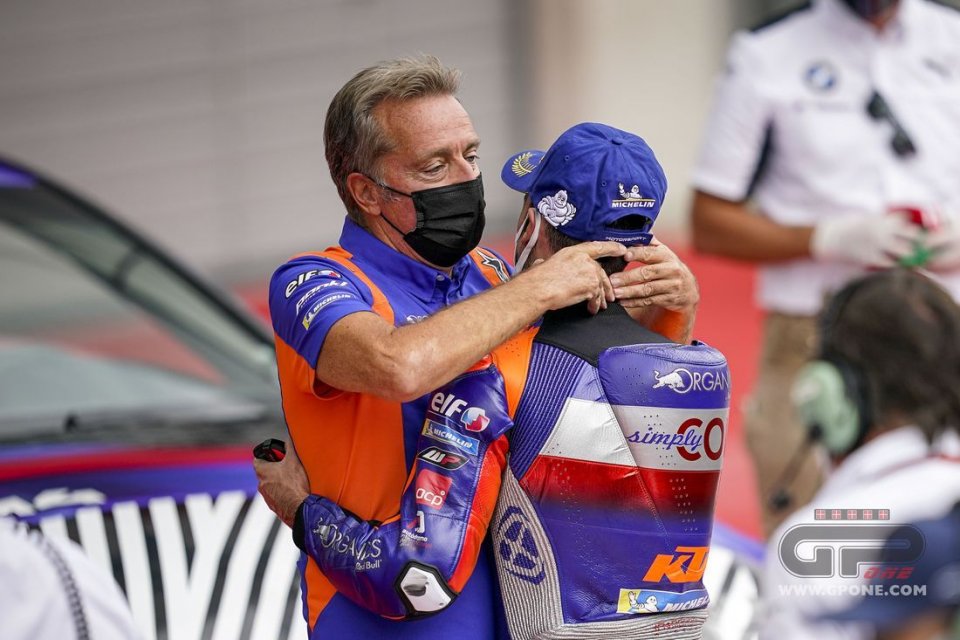 It’s contract time, not for the riders, but for the MotoGP teams that are discussing with Dorna about the five-year extension of the new agreement until 2026. Recently, Fausto Gresin’s team confirmed the renewal and so did Tech3.

After a long history with Yamaha, the French team joined KTM last year, and this collaboration has already paid off, thanks to the two victories achieved with Miguel Oliveira this season.

That’s why Hervé Poncharal, the team’s patron, will continue with the Austrian constructor in the future.

“Saturday evening, during a dinner in Portugal, I was sitting next to Stefan Pierer, and he said to me: ‘We have to prepare the new contract for the MotoGP’,” he told  Speedweek, “I said yes, so he asked me what I thought of a long-term contract. I told him: ‘I don’t mind. Five years would be great.’ So he turned to Pit Beirer and said: ‘Did you hear that? Let’s prepare a five-year contract.’”

So a handshake sanctioned the agreement, which will logically be discussed and formalized in the coming months. What’s certain is that Tech3 will remain in the MotoGP for a long time and with KTM.

“I was shocked, positively, when I heard it,” Poncharal continued. “Obviously, there’s still the contract to be negotiated, but a verbal commitment is enough for me. When Stefan Pierer tells me we will, then I know it’ll happen. A five year agreement would be wonderful for me, since I’d like to end my career with KTM. I’ve been looking for a partner like this all my life, and I don’t want to miss this opportunity.”