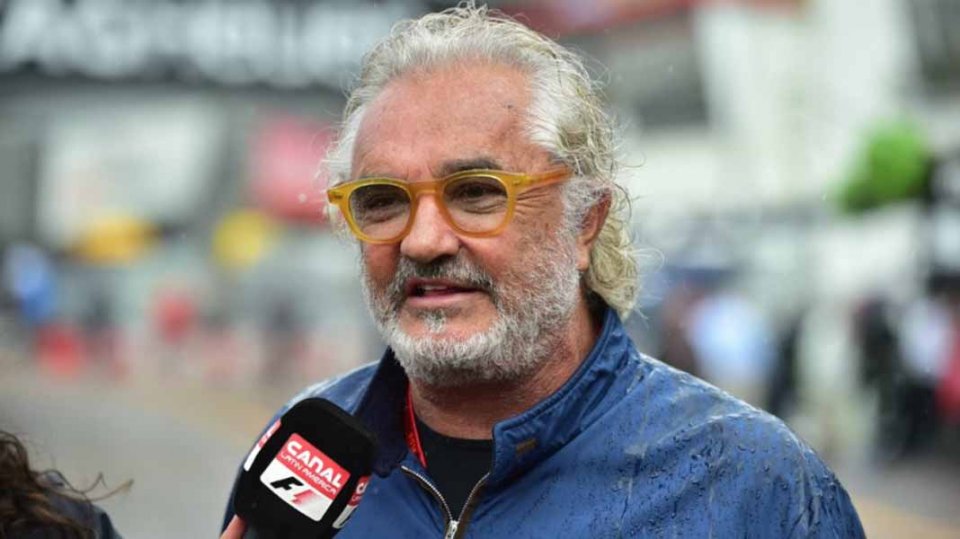 At the age of 39 Fernando Alonso has planned his return to F1 with Renault. Since leaving McLaren at the end of 2018, Alonso - who has never stopped racing and has competed (to name but a few) in the World Endurance Championship, the 24 Hours of Le Mans, the Indianapolis 500 and the Dakar Rally – has decided that his true love is F1.

Now, anyone who is familiar with the premier car racing category of Formula 1 knows that Fernando was a protege of Flavio Briatore, a man of rare intelligence, as he demonstrated in his years at the helm of the Benetton project. Flavio, however, likes to exaggerate, often going against the tide and he demonstrated this in an interview with 'Radio Radio', when he advised Valentino Rossi, who in 2021 will race for Petronas, outside of the Yamaha factory team at 42 years of age, to retire .

"I advise Rossi to stop, we want to remember him as a great champion. There are times when age is important. He is great, he has won everything, but there comes a day when you can't go on, the years go by and you can no longer have the motivation of the past", said Briatore, famous for his jokes of which we remember an epic: "Naomi (Campbell) and I are expecting a baby? But nooooo, if anything a cappuccino!".

Magnificently NOT politically correct, in an obstinate and contrary direction Flavio reiterated his thoughts on number 46 and during the interview he also made a comparison with football.

“At 39, Ibrahimovic is still a fully competitive player in AC Milan. He is a special case, he has led a life completely dedicated to sport, he never fails. But it's one thing to get your ankle kicked and it's another to go at 300 km/h, miss a corner and have an accident. It is one thing to be a footballer and quite another to be a biker. At that age the reflexes change, everything changes ".

Well, he is not wrong, but it doesn’t seem that Vale is going around the circuits bumping into other competitors or making a mistake in braking… anyway, Flavio always says what he thinks!